On this rainy, nondescript Friday, on our 11th anniversary as a couple, a minor celebration was in order, nothing grand given the wallet-busting past several weeks but something that mandated more than Chinese takeaway. Or at least I’d like to think so.

My chiropractic treatments that got restarted since we came back from the States are on Maasstraat in the quiet neighborhood of Rivierenbuurt, and not too far away was Braai, the venue for our celebratory dinner – a decent-looking meat and grill eatery, fancy even as far as such places go. While alarmed by one very obvious and very negative review on their google listing, their overall ranking there and elsewhere bordered on exceptional and it looked like a good, moderate option to commemorate yet another year of our up-and-down, at times tumultuous, relationship that is still beating the odds. It turned out to be better than expected. 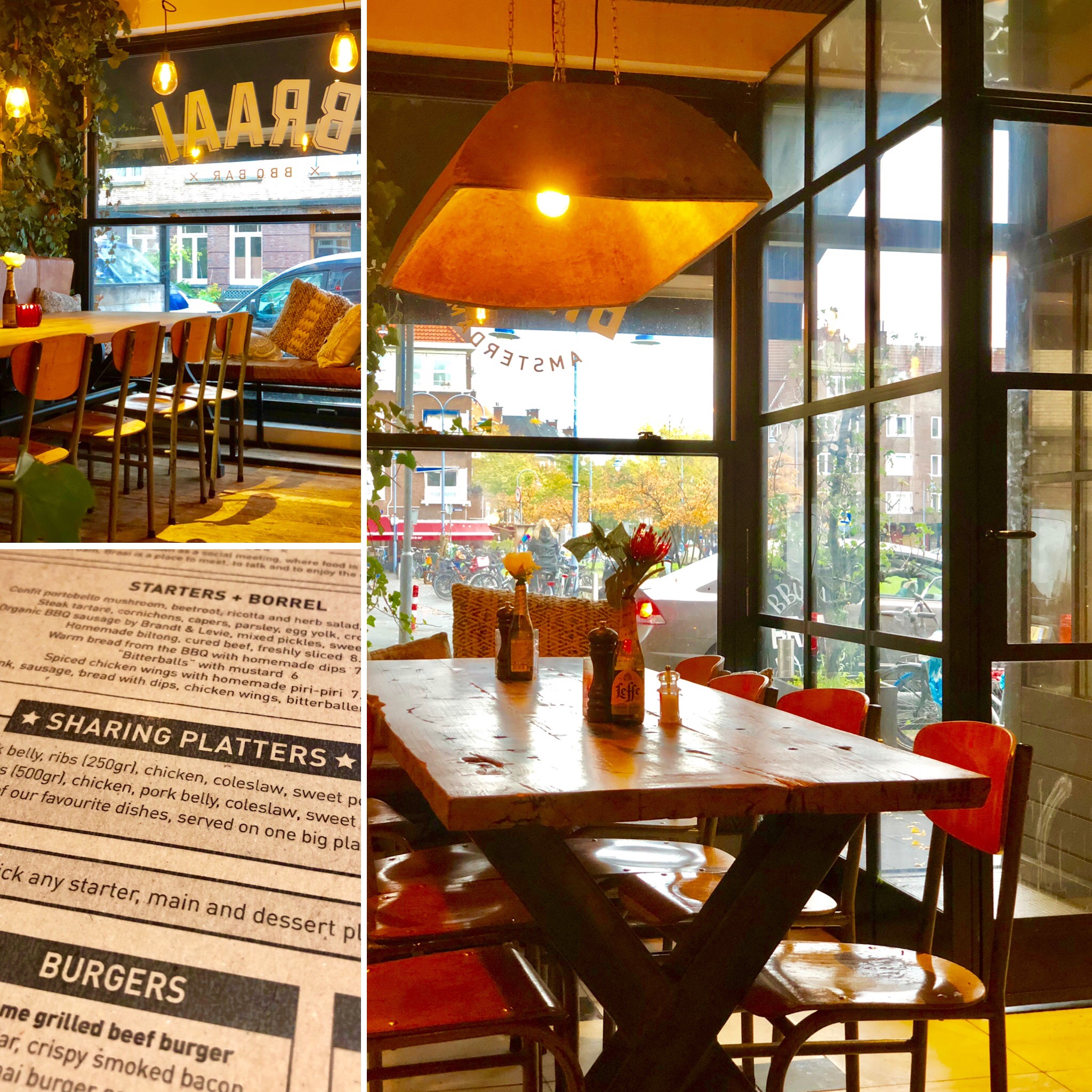 Arriving at their 5 o’clock opening time meant we had the whole place to ourselves for the entire time we were there, I was almost worried for them that their Friday night wasn’t going down well at all. The service was one of the friendliest I’d seen in this country in a while and the feast that was the platter of grilled meats and veggies – with a pineapple thrown in for good measure – was more than enough to fill both our tummies and then some. Teko told me that our celebration meal this time 10 years ago was at a McDonald’s in Haarlem, which I could believe given how destitute I was back then, so this meal tonight, though unfanciful and nothing unusual, was still a huge leap from that night a decade ago. We’ve come a long way, schatje, and here’s hoping there are more simple, unfussy dinners in our future – together, that is.