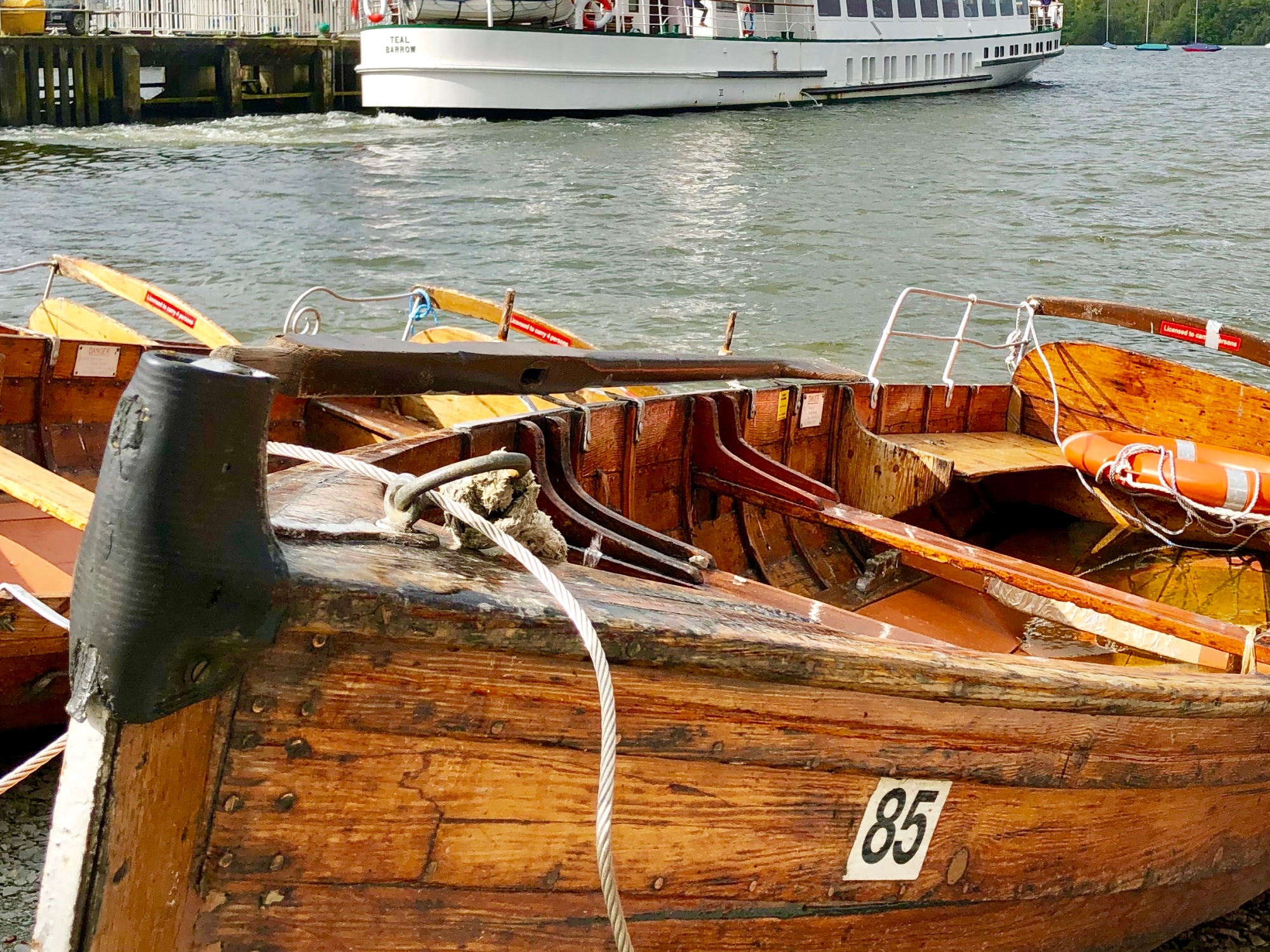 Our first full day in the Lake District is as slow as the swans on Windenmere.

I still find myself waking up before 6 a.m. hard-pressed to get back to sleep and so the tendency to stay tucked in, while appearing logical, was actually for naught. Getting out of bed consequently became a struggle and when it did happen, it was a snail-paced production until it was past 11 when we left to explore the surrounding area. We didn’t go too far.

Bowness-on-Windermere is a mere 5 minute drive from Lindeth Fell and an easy town to get around. Parking was simple and walking to the marina, the local church, and through Main Street took all of an hour. The marina was buzzing but still relaxing – even the swans thought to nap on the boardwalk – and the small church inviting with its open door policy to visitors. There wasn’t much to Main Street, which had its share of generic and local stores, and there were a fair number of tourists about but not so much as to discourage lingering around the town.

Teko, however, wasn’t feeling 100% so we decided to huff it back to the hotel to continue our leisurely pace there. There are a few towns here that seem to be worth driving to but, as the last week has been practically nonstop, it’s not a bad idea to limit ourselves a bit. With two more nights to go it feels like we have all the time in the world anyway, and that, better than continuously jumping from one place to the next, is perhaps the height of privilege. As they say, there’s always tomorrow.