It was an early morning for us today – so early we had to get up at 6 a.m. and still skipped breakfast – and all to catch a choo-choo train. With a 70-minute drive needed to get to the train station in Llanberis, plus an additional 30 minutes request to come early for our 9:30 appointment, we’d barely woken, dressed, and packed before we left for our final outing in Wales this morning.

After an uneventful and quick drive, we got to Llanberis with enough time to deal with parking (£8!), got our prepaid tickets, and lingered around to take in the atmosphere – the anticipation felt a little bit like Disneyland. Once we boarded, we discovered we were assigned seats on the right side of the train, the far better side, and even with the intermittent clouds, the views going up and down were stunning. 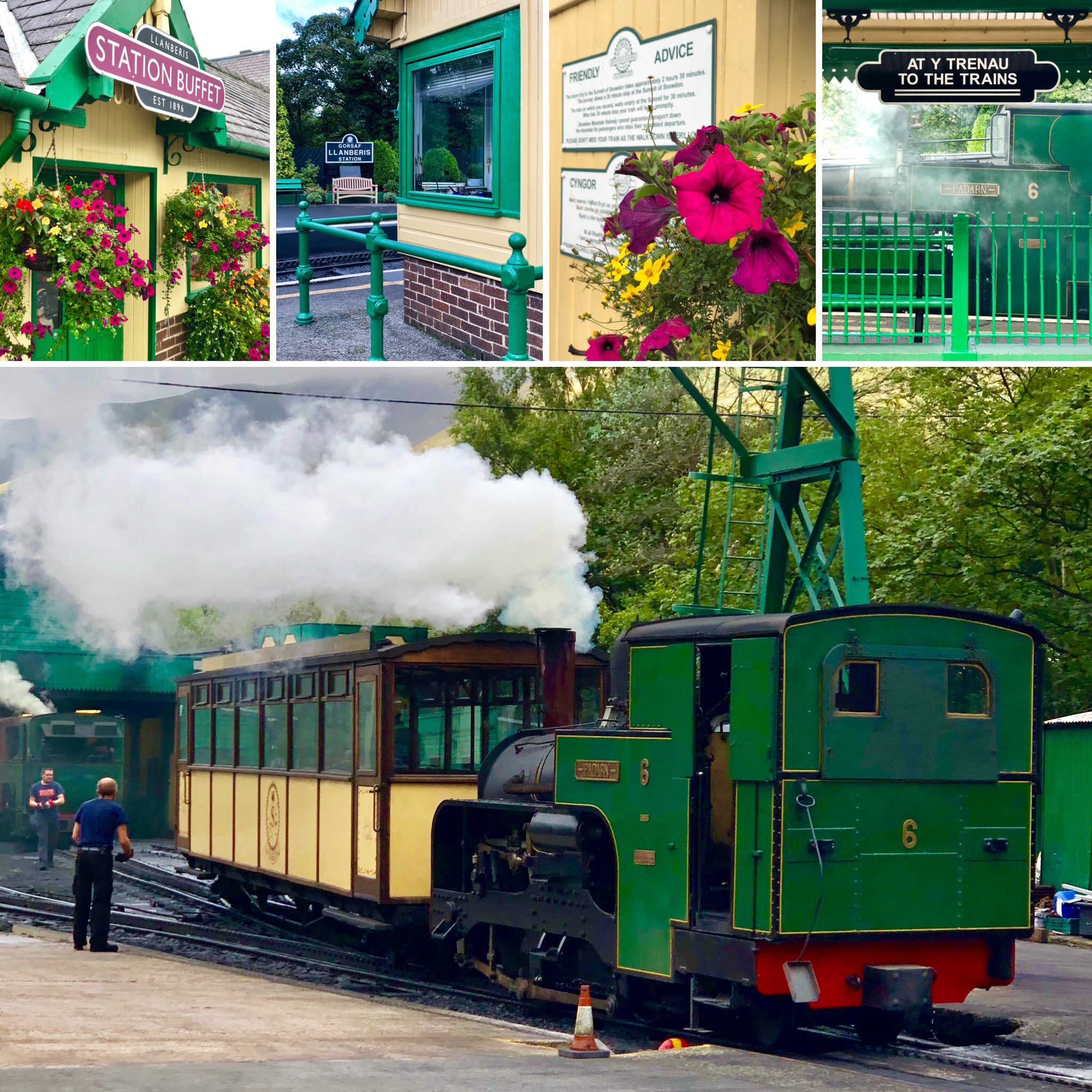 Reaching the top however was different. Mother Nature enveloped the summit with enough fog – or were they clouds – making visibility near zero, though this didn’t stop the most determined from touching the brass monument at the top of the steps. Utter respect to the man who biked all the way, and to a curious Labrador who looked like he’d rather be somewhere else. 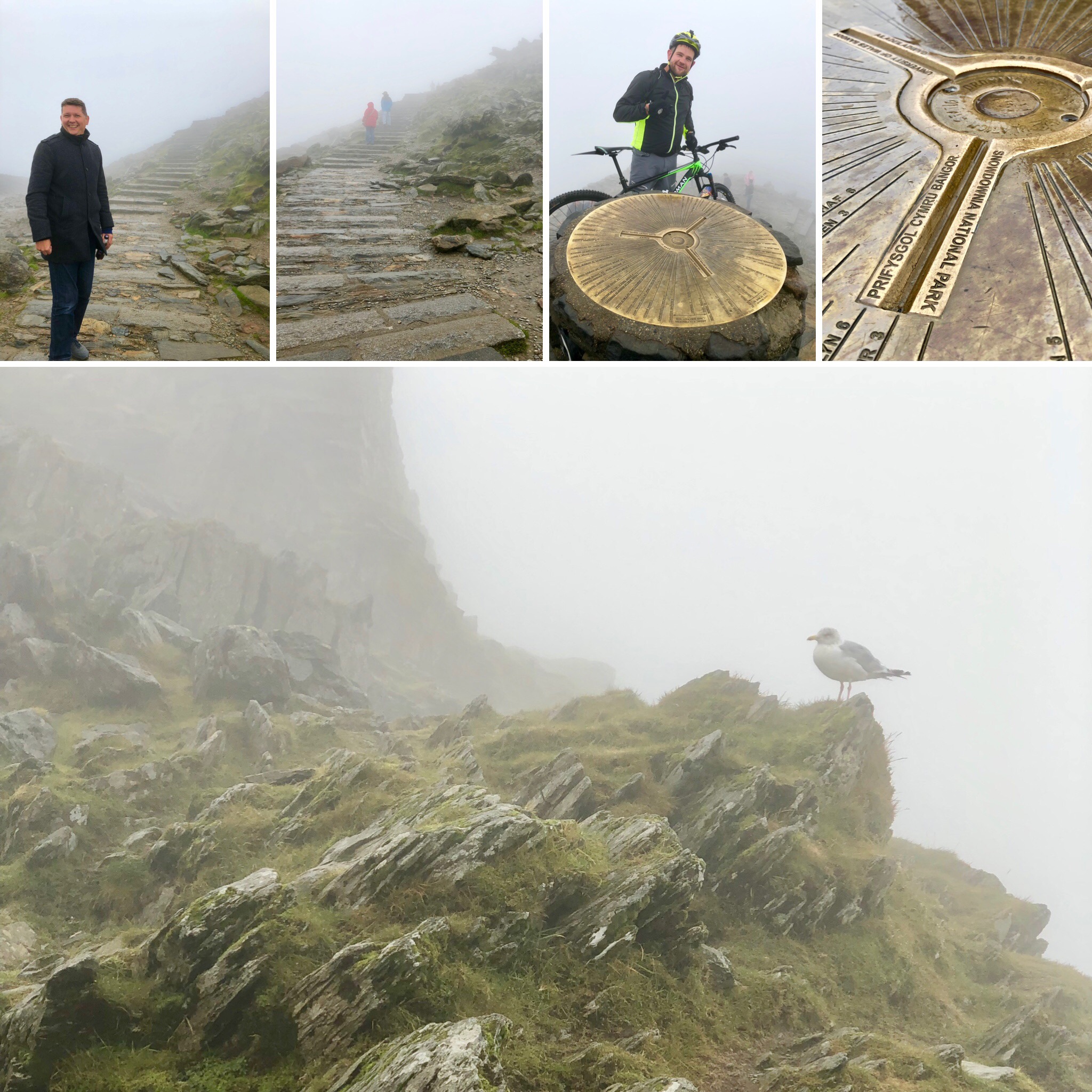 To make sure we’d be able to do it, with thanks to Teko’s foresight we planned it months in advance making sure the day and time were right. Once he found out it was possible to get to the top of Wales’ highest peak it wasn’t a question of should we go but when can we go, and it was with much anticipation that we waited for the day. Now that it’s over I’m glad we did it – I’ll just have to rely on google to find out what the view would have been like.