Being in a series of holes over a hundred thirty meters deep in the Earth is a nightmare for the claustrophobic, an idea I on a tiny scale could relate to. The notion that hundreds of thousands of tons of salt, rock, and earth are “hanging” on top of me wasn’t something I could afford to linger on at risk of a mental breakdown so it was with little trepidation that our group happily joined over a million other people this year into discovering the underground world carved out in Wieliczka town outside Krakow.

Starting off with a stairwell descent to 64 meters, our slow-talking, dry-humored guide gamely led us from one opening to the next, passing statues and rooms carved entirely out of black salt, artificial lakes reservoirs, multiple chapels, and even shopping, meeting, and restaurant areas, all the way down to 130 meters deep for the entirety of two hours. It sounds a bit too long of a tour but actually went by just like that. 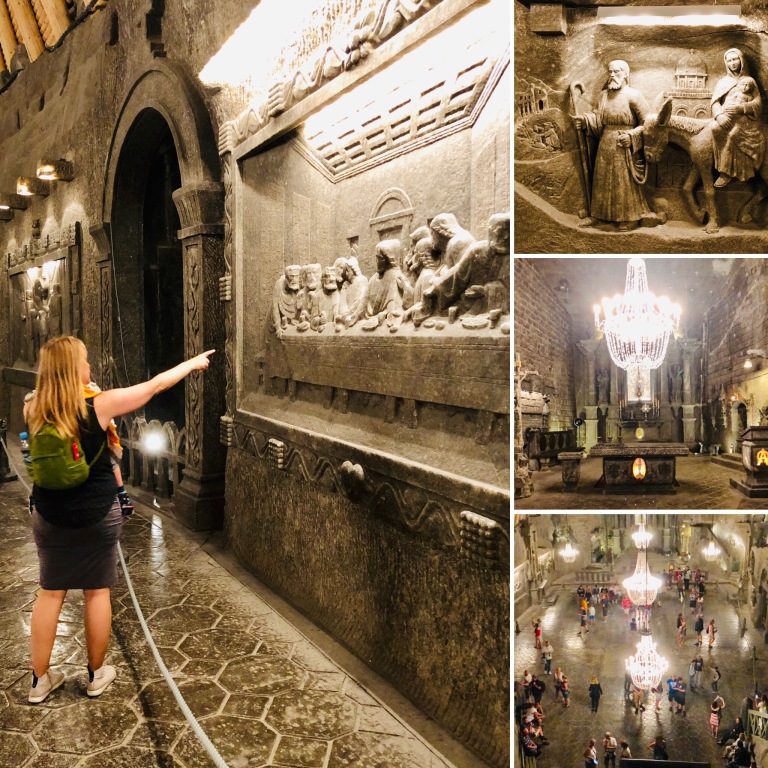 As an attraction it’s logical to think that over a million people would take this tiny trip to the center of the Earth – they’ve made it so easy even small children are allowed in. From a pop culture perspective it actually reminded me of the dwarf kingdom from Lord of the Rings. From a practical point of view, if for whatever reason it turns out that people would need to live underground, the citizens of Wieliczka town would certainly be the first lucky ones. To get back topside it was a quick 30-second mining elevator ride with 9 of us scrunched up like sardines, followed understandably by a feeling of relief that we were back on normal ground.

It’s a UNESCO heritage site and apparently one of the first to be designated, which isn’t at all hard to see as it’s an incredible feat of human achievement and been around since the 13th century. It’s also equal parts mind-boggling and conflicting – it’s a wonder what humans can do with plenty of determination but also a solid reminder of how small we are in the overall scheme.