Tivoli is such an odd duck in the world of amusement parks. Part low-rent Fiesta Carnival of my pre-teen youth and part upmarket Disneyland, Tivoli is a place I wouldn’t mind coming back to on a regular basis, I could almost feel the adrenaline-release in my brain just when we were lined up for tickets yesterday.

I was worried on the way to Copenhagen that being a late morning Friday, the lines to get in would be kilometric. Determined as I was it was a different story with Teko who couldn’t care less about such places, our short-lived trip to Universal Studios six years ago still fresh in my ever-limited memory. It would have been a shame to not go.

The fates smiled on me however as the lines were much shorter than expected and just like that, after an eight year absence, I’m back in beautiful Tivoli, and as it’s Teko’s first time I became his de facto guide for the duration. What began as a a cloudy day in busy Copenhagen began to turn into a sunny, gorgeous Spring day once we got in. 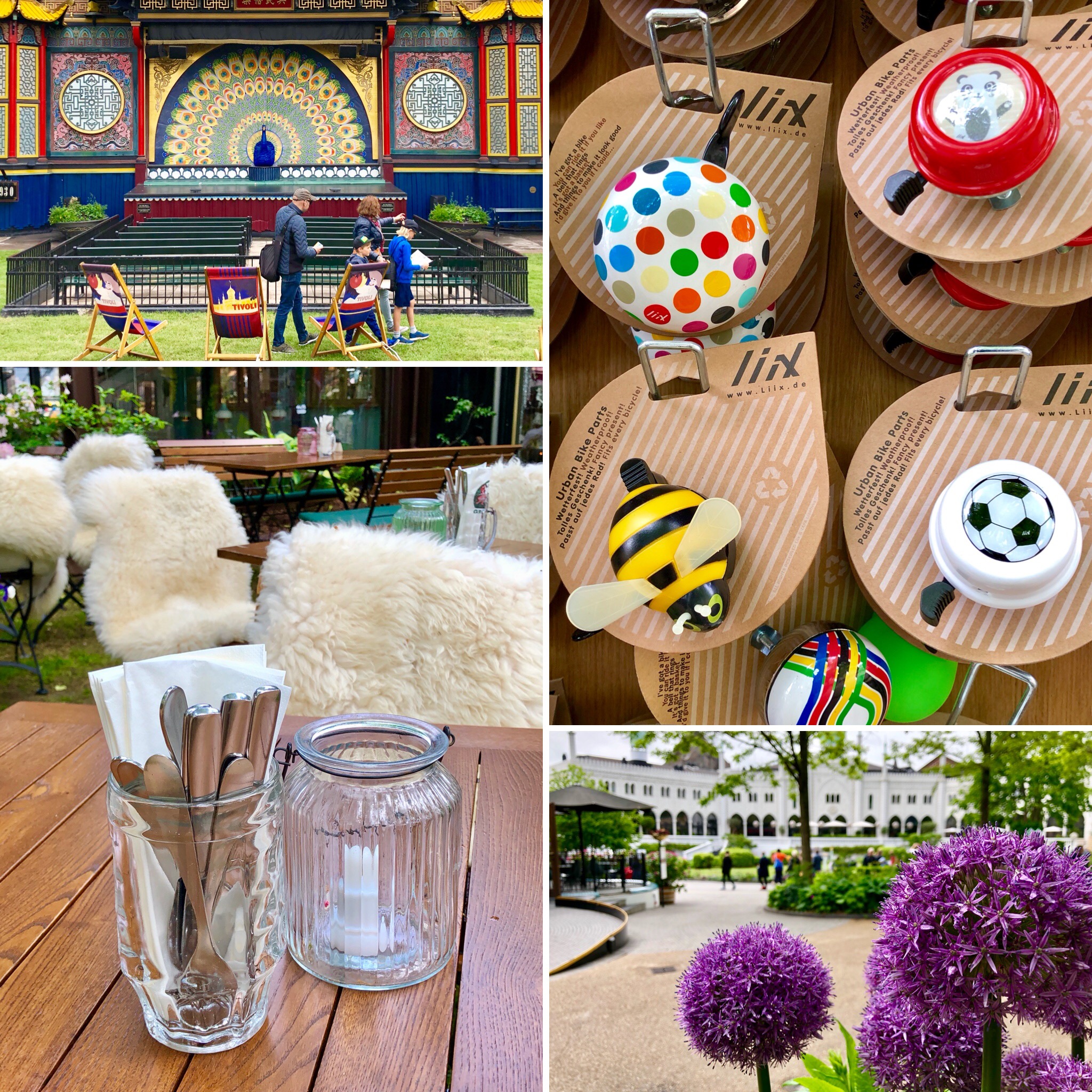 The first order was to have an early lunch, and while that took a wrong turn with Groften giving us a cramped table for two – which made Teko walk out in a huff – we ended up at the nearly vacant Price’s Diner for some borderline generic American food instead. With that sour note threatening to ruin another theme park trip for both of us I brushed it off with happy thoughts successfully enough, and soon we were off wandering the flowered walkways of the park, retracing steps from my last trip and rediscovering my childhood.

At the end of three hours we covered pretty much all ground, content in the thought that things have stayed much the same as before. The park was even less crowded as we came in and easy enough for us to make a calm beeline for the exit. Despite my apprehensions it turned out to be a great reintroduction to Denmark’s capital and I hope a good experience for theme-park averse Teko. Till the next time.