Three months since our last meeting I am reunited with my ex-colleague, Agata, for another round of lunch in the city center. One of few people I’ve been able to call on for company, she’s proven to be a reliable partner in this regard and a good listener when I needed to blow off some steam, or just try a new place every now and then. Our setting this time around is The Duchess in the W Hotel building, a place I was already familiar with as an after-work cocktail stop back when it first opened three years ago but have never ever been to for a meal. When I recently found out they earned a Michelin star, I was intrigued to find out how it was and luckily was able to corral someone to go along with. It was time to discover another potential winner. 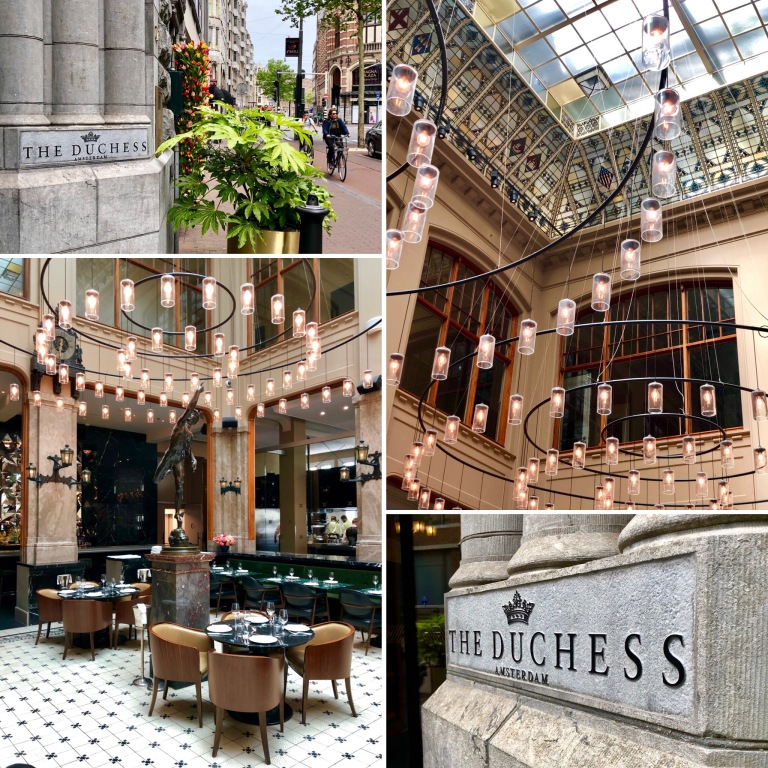 Seated along one side of the grand hall, the dining area appeared unchanged but still beautiful as I remembered, bright and clean, with the service approachable and quick to react. Complemented by two house cocktails – the sweet but strong kinds, including one with a floating rose petal – the two appetizers and two mains were, as suggested by the waitress, shared between the two of us, were satisfying and considerable enough to stave off hunger. And to cap off the meal we were treated to a smoky show with their Chocolate Explosion dessert, a generous bowl made of dark chocolate filled with bits and pieces of chocolate detritus goodness. Though we gave it the good old college try the dessert was clearly too much even when shared between two people – it felt a waste leaving any of it unfinished.

In the end did it feel like the meal was Michelin-worthy? Even though the prices showed it I’m actually not that completely convinced. Since there are still more than a few other similar options in this country to look into it’ll have to be a while before I pay another visit to The Duchess’ grand hall. See you in another three years perhaps.

2 thoughts on “Michelin Possible | The Duchess”