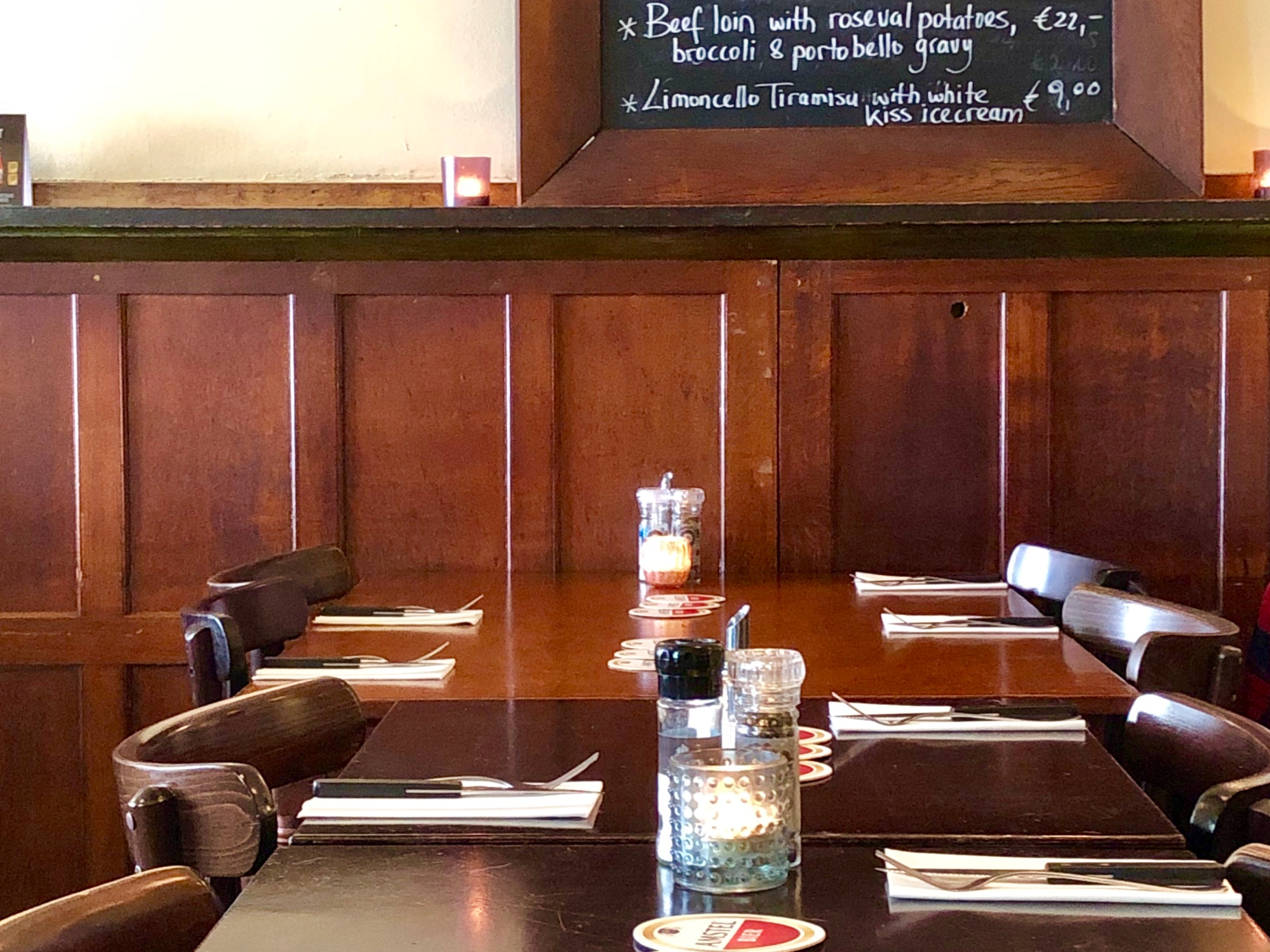 While waiting for my brother and sister-in-law to finish their long-awaited tour of the Anne Frank Museum, Teko and I decided to have dinner in the still-bright environs of the Westerkerk area at the off-the-beaten-tourist-path Café-Restaurant de Reiger. Putting my trust this time in google, given its more user-friendly location finder, rather than TripAdvisor, it was a test to see if this alternative for food recommendations would come through for us in a pinch. With an excellent score and a mere five minutes’ walk away, de Reiger seemed a winner. 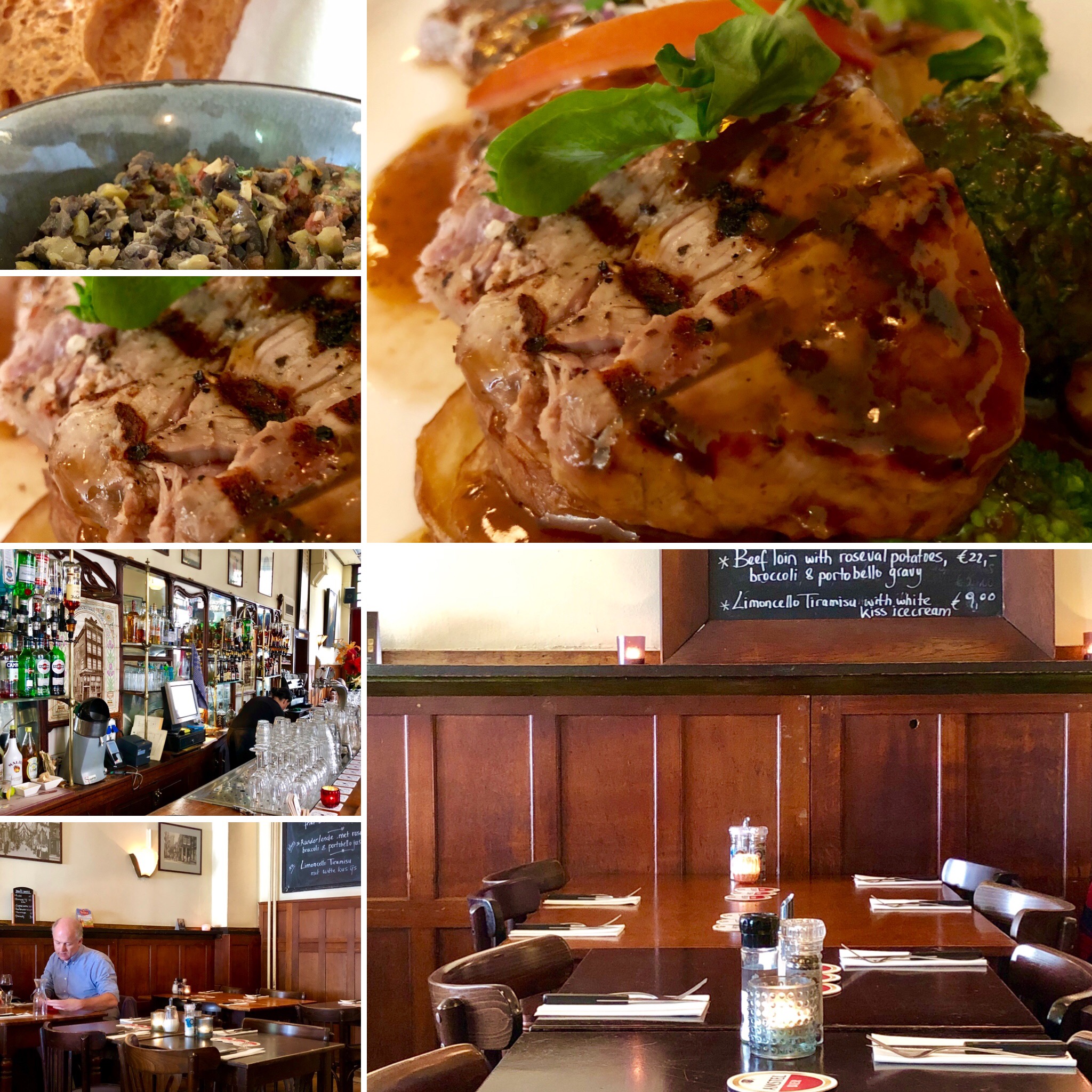 Even though Anne Frank’s neighborhood is overflowing with character, the restaurant’s outside appearance didn’t impress in the least, and became only slightly better when we went inside. It was nearly empty, which was good, and thankfully the service was quick so much so that we had ordered, eaten, and finished sooner than expected. The beef loin special coupled with a nice glass of rosé proved to be quite good, it reminded me of this fine restaurant in the middle of nowhere in France, and the brown wood interior grew on me with its homey similarity to classic rural restaurants in the U.K. The meal all in all could have merited a small mention in Michelin to be honest though I would frankly prefer they stay as is for now – under the radar but not quite. Thanks, google, you’ve passed the test.