The boozy rum and chocolate milkshake had the right amount of kick to start off another night out with my brother and sister-in-law on their second to the last night in Amsterdam, and the circumstances couldn’t have been better. Quickly leaving after my usual 8-hours at work, walking to meet them at Central Station was nearly painless as the sun was on full blast this afternoon, offset by a still coolness in the air that made for a pleasant enough walk over. Our reunion inside the station was soon followed by a casual walk to the free ferries on the terminal’s river-side that in no time cruised over to the northern part of town, saner and with less crowds – still a lot but lesser – onto The Butcher Social Club’s huge outpost on the ground floor of the A’dam Toren. The staff and crowd was a bit overly-millennial for my taste but the casual atmosphere and richness of space were promising signs that we chose a place fit to celebrate dinner. Once Teko joined us about half an hour later we were ready to enjoy a nice repast of delicious burgers and crunchy nachos this early evening. 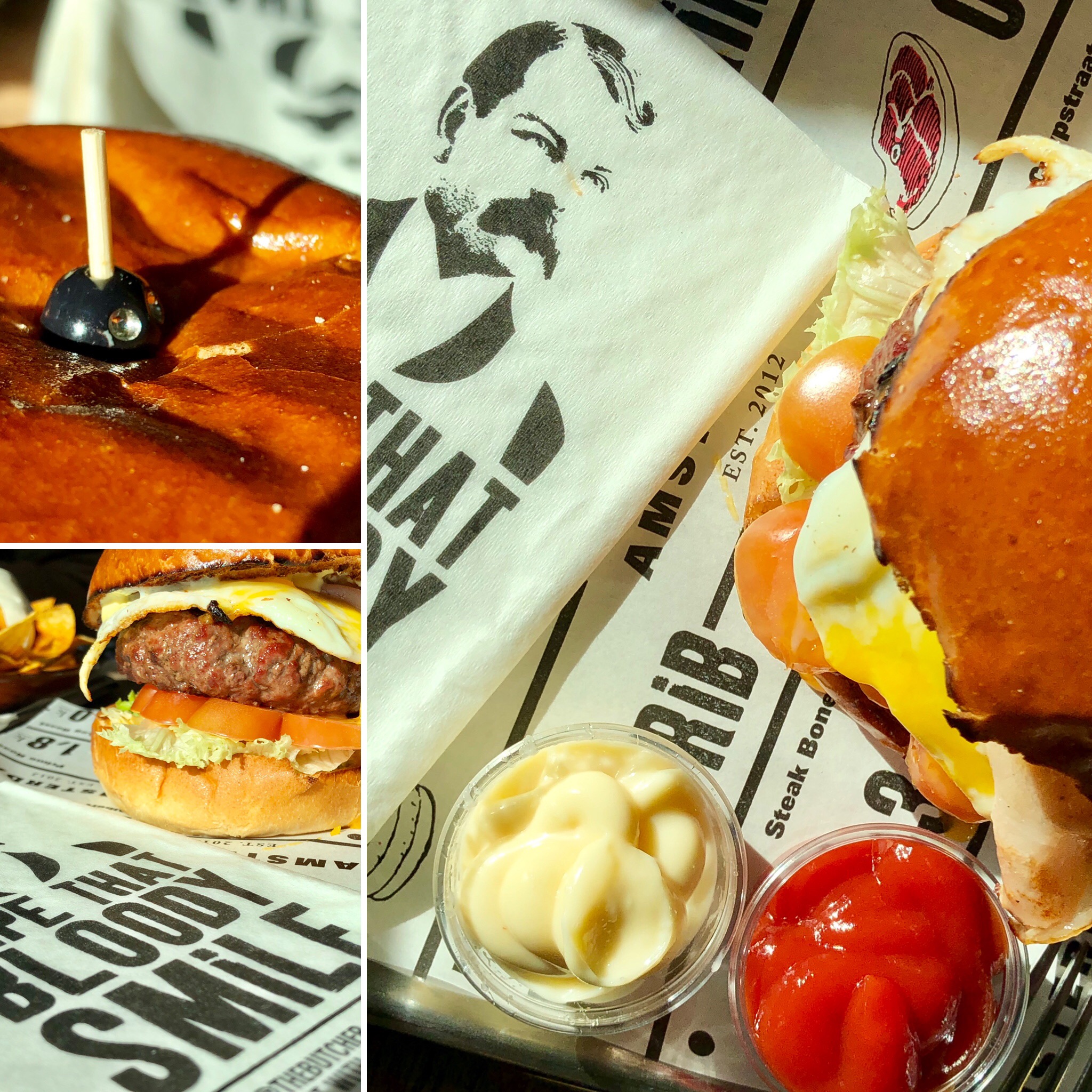 We’d all been to another The Butcher branch a year ago and liked it, so it was with some hope that this one would be just as satisfying if not better. The milkshake was expectedly too rich for my waistline but wolfed down nonetheless, the huge serving of nachos were clearly meant to be shared, if only they didn’t scrimp on the guac salsa, and the Benedict burger topped with a nicely-fried egg was too delicious for words. The Butcher, confident moustache and all, can truly make a fine burger.