Impressive and in the middle of nowhere is a rather common theme in these parts. Housed in an expansive structure in the small town of Soesterberg, the National Military Museum is a huge, oddly-placed building that gives a whole lot for the price of €15 admission. Sprawling but walkable, for history lovers like Teko it’s a playground where he could easily spend all afternoon, quick to rattle off aircraft model numbers and the back stories as we walked from one exhibit to the next. In this case at least, he was just as good as any museum tour guide. 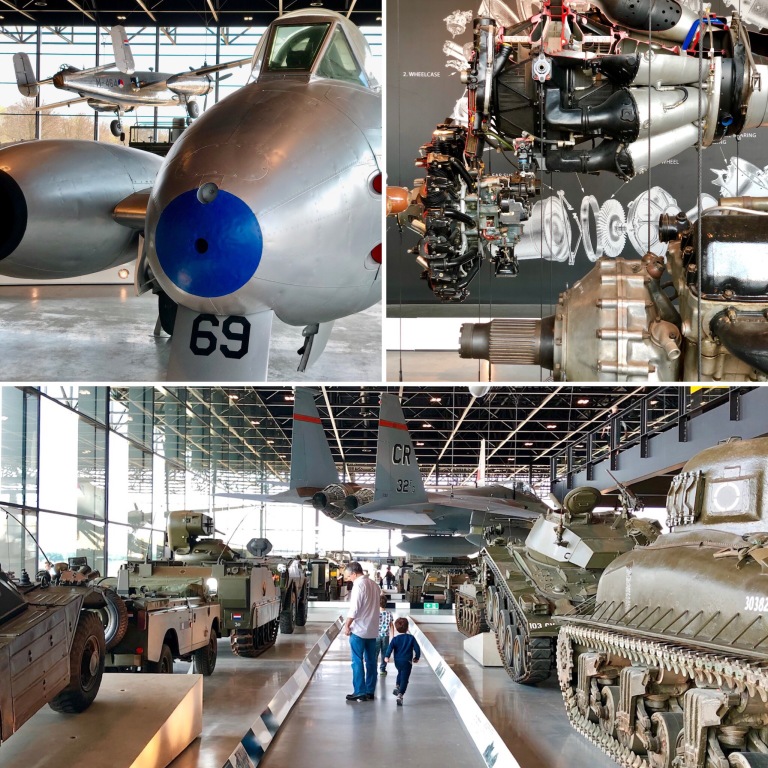 Reminiscent of the Air and Space Museum, it’s a remarkable building that would fit in well with other modern museums in DC’s National Mall in terms of stature and substance, it’s a surprise to see it all the way in unknown Soesterberg rather than somewhere closer to a city center. The fact that it’s on a former U.S. airbase and that land in any part of this country is too pricey a commodity to host such a large space are sure to be reasons behind this but to be able to trek to it and be witness to a lot of history focused in one place is a privilege few can have. The rusted out, bullethole-rich tank was eerily memorable.