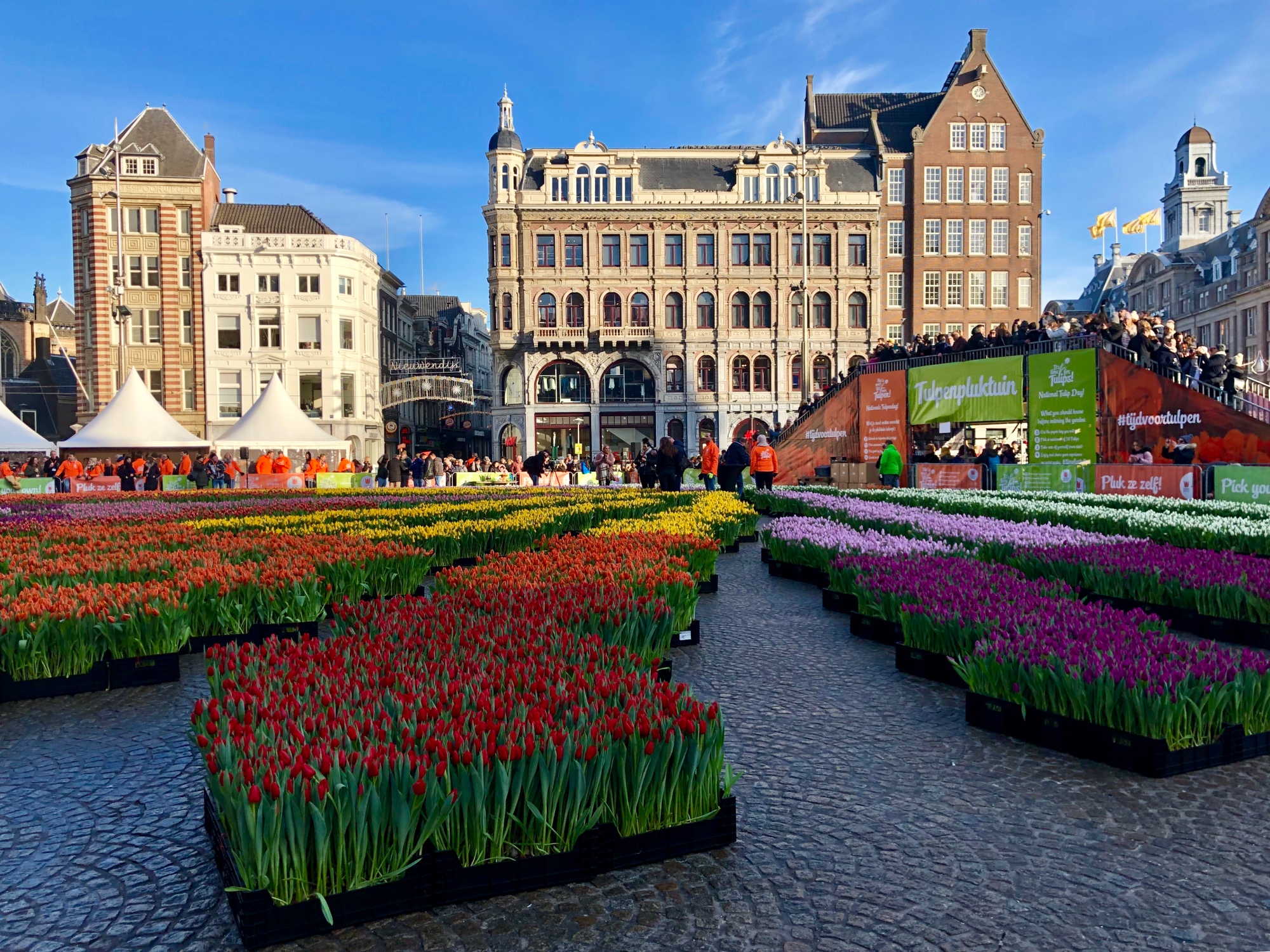 After window shopping for dining chairs, bookshelves, and whatnots at a design furniture store on Rozengracht, something I’d been looking forward to all week, we decided to stop at the Bijenkorf and by sheer coincidence found ourselves front and center of this year’s National Tulip Day on Dam Square. The tulips were all laid out in front of the Royal Palace and they were still setting everything else up but the queue to get in and pluck some free tulips was already starting to fill, mostly from tourists of course, even though it was still hours before the official opening. I’d done this in the past and found it interesting for what it was but the thought of lining up and battling the crowds wasn’t an attractive option in the least pretty flowers notwithstanding, so after a few camera clicks we went off to shop for more inspiration.

We didn’t get anything at the furniture store except ideas, and nearly nothing at the Bijenkorf apart from lunch and some clothes hangers but at least we got to spend a rare, sunny, weekend day outside. The tulip field that sprang up on Dam Square happens yearly every third Saturday of January, which means winter this year is a third over — every day from now feels closer and closer to that point when I’ve survived yet another winter in little Amsterdam town.