I’d never been to the Concertgebouw (Concert building) in all my years here and surprisingly neither has Teko. It was always something we drove by past Museumplein and didn’t really give much thought to it. Well, maybe an inkling of a thought as it did look imposing from the outside and perhaps wondered what it was like in, but with little to no sense of urgency to find out.
One thing that I’d always wanted to do for a while now though was to experience a Christmas concert and at one point this year while randomly googling for a performance of The Nutcracker, I saw a slew of concert shows with Christmas themes at the Concertgebouw. The temptation, after all this time, was a sign, and a musical night out was born.

After an unexpected dinner feast, it was only several minutes’ drive before we were parked in Museumplein’s underground, conveniently across the street and a quick, brisk hop to the venue. A steady stream of people were coming in and I could feel their excitement with what was soon to happen, maybe as excited as I was with the prospect. I quickly looked for our seats and after all these years finally got a glimpse of what was inside. I sat in the middle balcony and it was just as I anticipated – majestic, velvety, and grand.

After all was sung and done the performance was pretty much a success. While I wish the start could have had more drama – it was a bit too low key  – and the female singer had more oomph, the enthusiasm was there as well as a little bit of Yuletide spirit. The choice of the Star Wars theme was unusual but acceptable, and it would have been great to hear some Home Alone or Harry Potter, but hey, maybe next time.

Though I can luckily say I had a priceless experience, evidently convenience costs a lot as the bill for parking was considerably more than expected. In any case, Amsterdam’s counterpart of the Kennedy Center was, apart from being historic, beautiful – and well-kept as is the norm in these parts. I didn’t see any Nutcracker shows scheduled this year but if there was ever a chance for it, or if fate smiles and Audra Macdonald decides to stop by, I hope it’s at Concertgebouw. I will be taking the tram next time though. 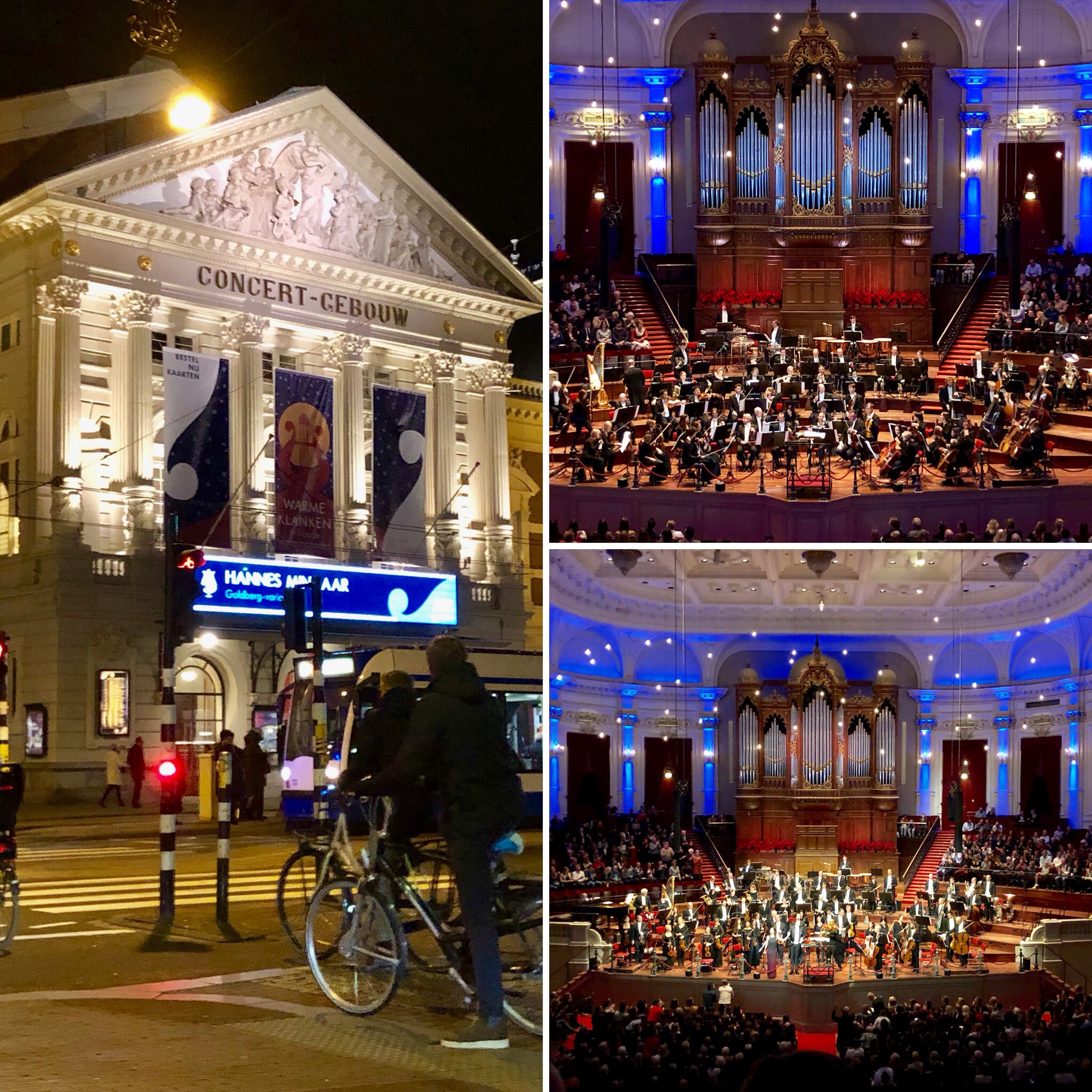 One thought on “CHRISTMAS CLASSICS AT THE MOVIES | Concertgebouw”