My first Vietnamese phở in The Netherlands – perhaps in Europe – after over 10 years of being here has finally come to pass. My biggest complaint about living in little Amsterdam town has been the lack in variety of traditional cuisines, and still miss the days in DC when I could easily ask a friend to drive us to Arlington for some cheap and satisfying and cheap – did I say cheap – Vietnamese food. It was completely effortless and, despite the apathetic Asian service, at $7 a pop an incredible deal. When I found myself several weeks back unexpectedly shoe shopping in Amsterdam Zuid I happened to notice an extremely busy, oddly-spelled, sharp-looking restaurant overflowing with Asian customers that quickly got my attention. Firstly, who knew there were so many Asians in Amsterdam Zuid. Secondly the restaurant turned out to be Vietnamese that specialized in phở, and if the food were anything similar to the one in Arlington it would be a revelation. 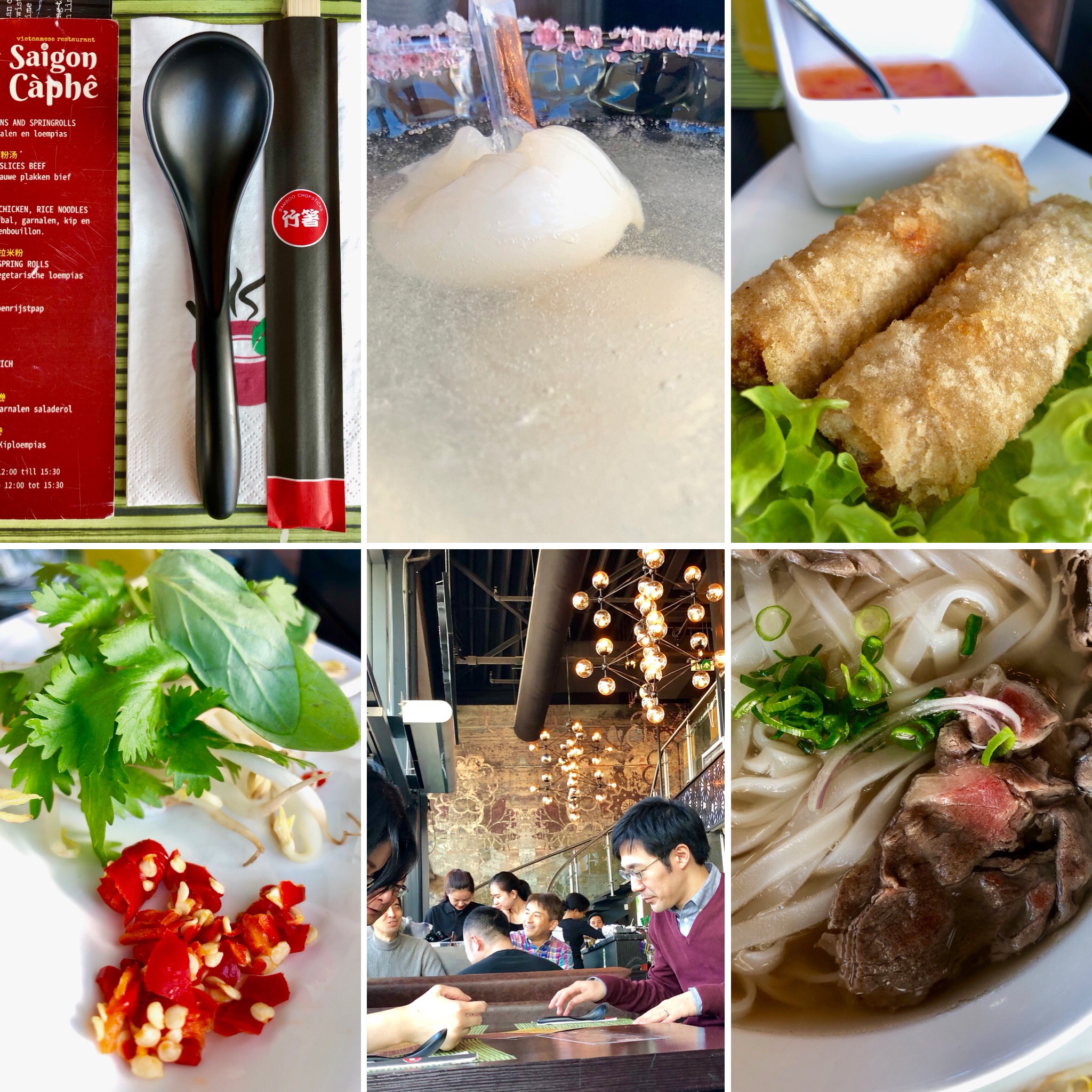 The menu had a lot of options I wouldn’t have minded trying but the phở was what I was there for. It didn’t disappoint. The ultra-processed meatballs were close to being a dealbreaker but the soup was satisfying especially after mixing in some mint and lemon, and the strong lychee martini alongside it didn’t hurt either. The place was a huge improvement from that design-limbo, fluorescent-lit space in Arlington, which would explain a lot about its cheaper price, and it’s safe to say I’ll be back to try other things on the Saigon Càphé menu. Now if only it wasn’t more than double the price.