On this first Saturday of autumn in a pretty street off of busy Eerste Constantijn Huygensstraat was a restaurant that on the surface looked promising. I was there to meet up with a former work-colleague, Agata, and arrived with enough time to scout the neighborhood and appreciate the peace and quiet I was surprised to find. It felt like the street was still trying to wake up from a long week and it appeared like a cozy, relaxed brunch was ahead of us.

Unfortunately, that was far from the case. Save for a couple of tables, the restaurant was already full as we came in and it suffered the same, ugly affliction as most Dutch restaurants, the Stedoost syndrome, small-tables-elbow-distance-of-other-small-tables. We sat close to the entrance door as comfortably as we could and I let out a sigh before we started catching up on the past several weeks.

To lift up my spirits I thought it a good idea to order some celebratory bubbly but when the Veuve-Cliquot came to our table, it was as flat as the pancakes on the menu – I just had to ask for a replacement, which our waitress obligingly acquiesced to. As in many instances before I could have easily offered my two cents to the young ladies within breathing distance from us discussing the important events of the day – something to do with supermodels – but I opted to limit my focus instead to within the small personal space offered to us by Teds. As for the meal itself, it was nice to discover my usual go-to of American-style pancakes on the menu. The description called for a drizzle of Nutella, which apparently was an understatement as the just-barely presentable flapjacks came out completely bathed in it. Lucky for me the side order of bacon balanced it all out. 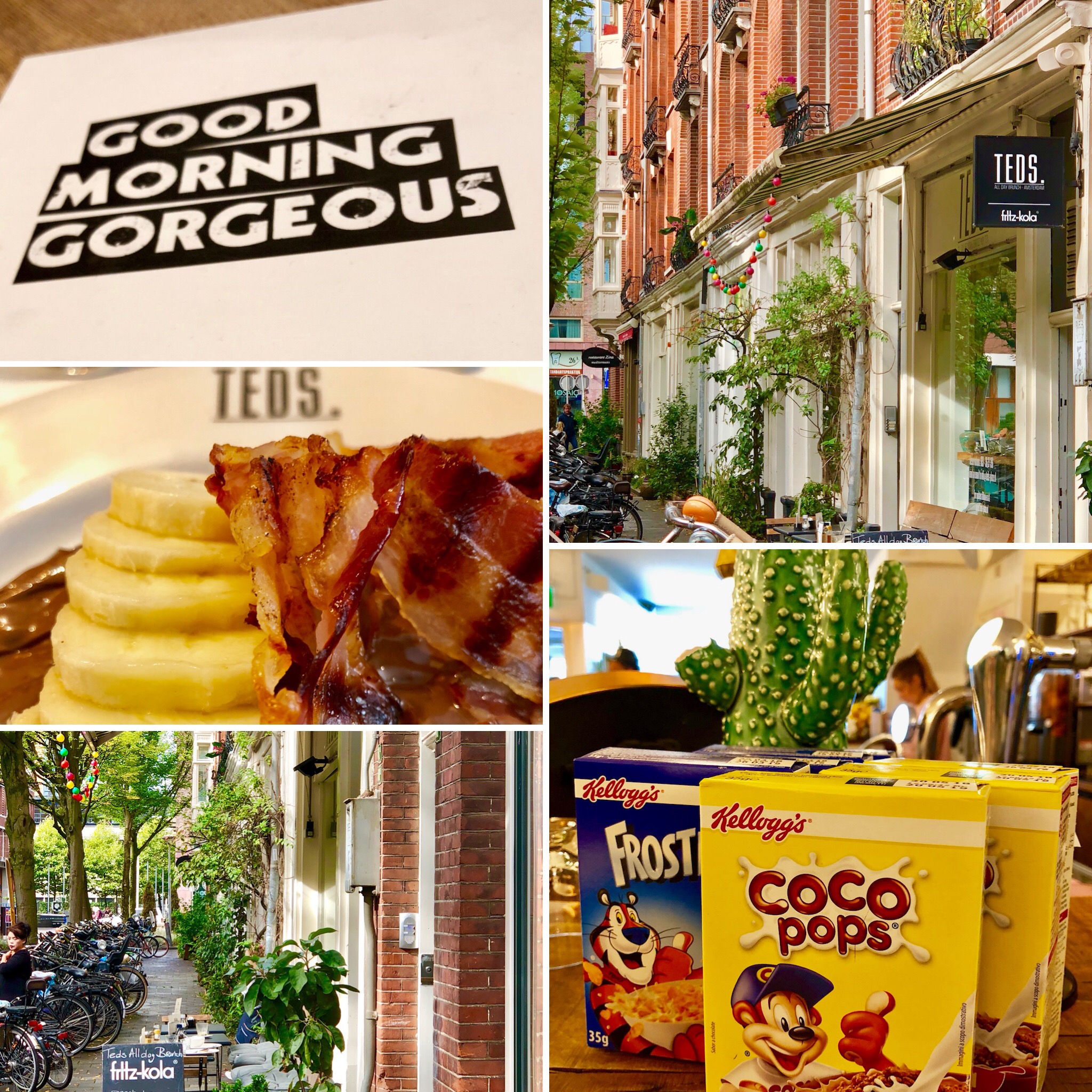 While Teds came short in the satisfaction meter, the catch-up session I had with Agata was able to make up for the shortcomings, and the neighborhood, even with cold autumn air creeping in, was beautiful and even inspiring. Inspiring enough it appears for some groovy grandmas to start serenading passers-by with song and polka-dot panache. Interesting neighborhood this area.

One thought on “BRUNCH | Teds”