Close to the Omvalbuurt in Center Oost where we had dinner recently, today’s food adventure was brunch at oddly-named Drovers Dog. It’s not an easy place to get to from Osdorp – easily an hour by tram and 20 minutes by car, it was a trek I tried to justify after seeing the menu full of choices I didn’t mind trying, one in particular that made me decide, against better judgement, to softly twist Teko’s arm and try it out.

We got there right before 11, when we found it nicely quiet and spoiled for choice on where to sit, surprising as we were in a upwardly-mobile, residential part of town, and a good start as I was already anxious about how Teko would react to every small detail. After a few minutes sitting at a large table al fresco though, our relative solitude didn’t last long when a young, blond couple clearly on a getting-to-know-you-more date sat next to us, with the female of the two humble-bragging about where she first tried corn fritters – in London, apparently – as well as having decent ones  – in New Zealand – and going on and on about everything else on the menu – ‘€3 for bacon’ she and her Dutch twin/cousin/boyfriend/part-time lover said out loud in wonder.

I was there for the ricotta pancakes, the only time since I first had them two years ago that I’d seen them on any menu. I spied them long before we came and it was an easy choice what I would try first. Teko in the other hand adventurously ordered the corn fritters and while I listened to the vapid conversations from the couple next to us, I waited with anticipation whether my memories of the best pancakes ever would be repeated. 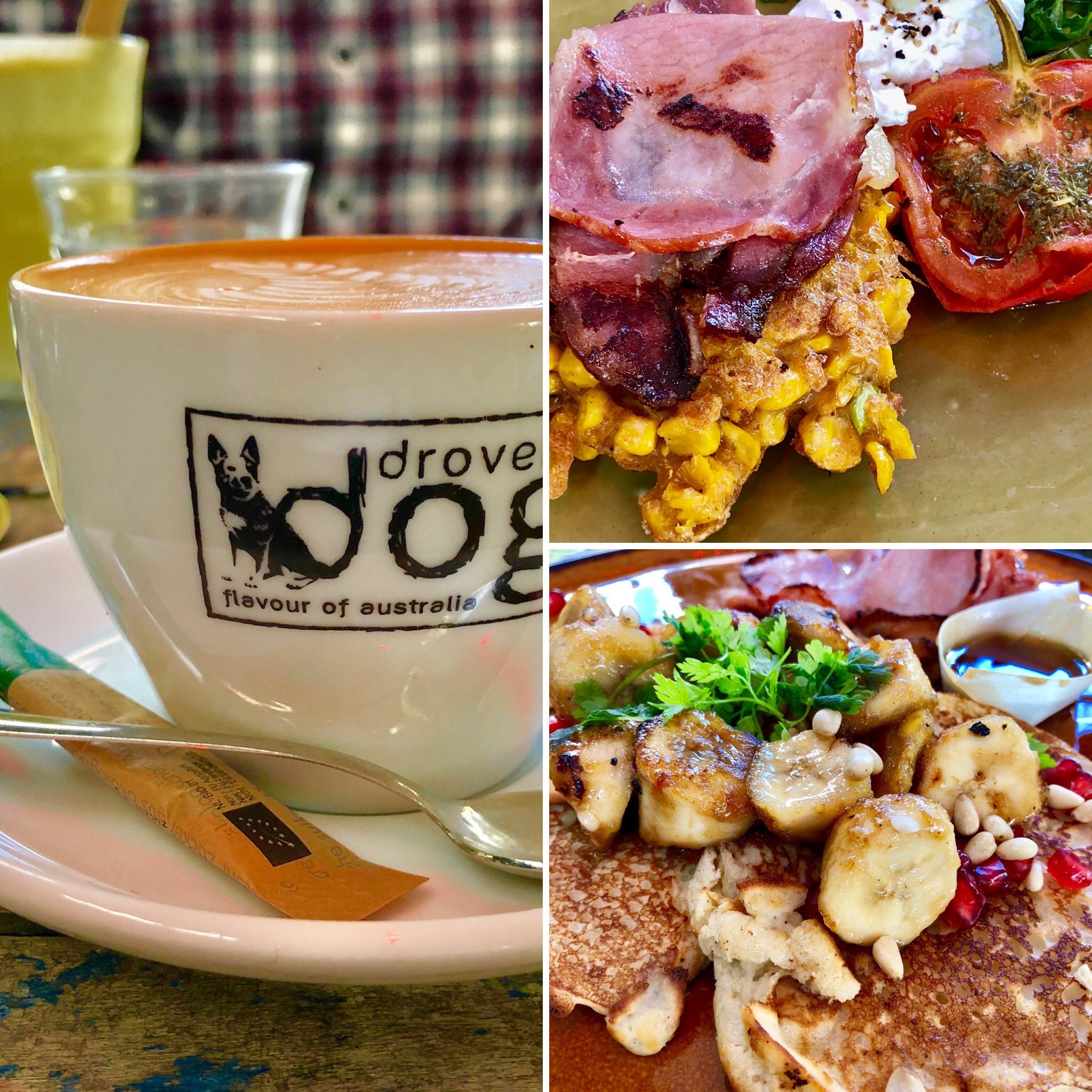 Apart from one other person, a millennial who thought she had the whole place to herself and every other second kept laughing out loud, I’d give Drovers Dog a passing grade. The service was good, the coffee lovely, and the pancakes worth the trouble, though Teko’s corn fritters went mostly untouched, definitely not recommended for lack of appeal. As for Drover and his dog, there was no sign of either. Perhaps it would be good to have them there next time at least to police out this generation’s somewhat self-absorbed predilections.