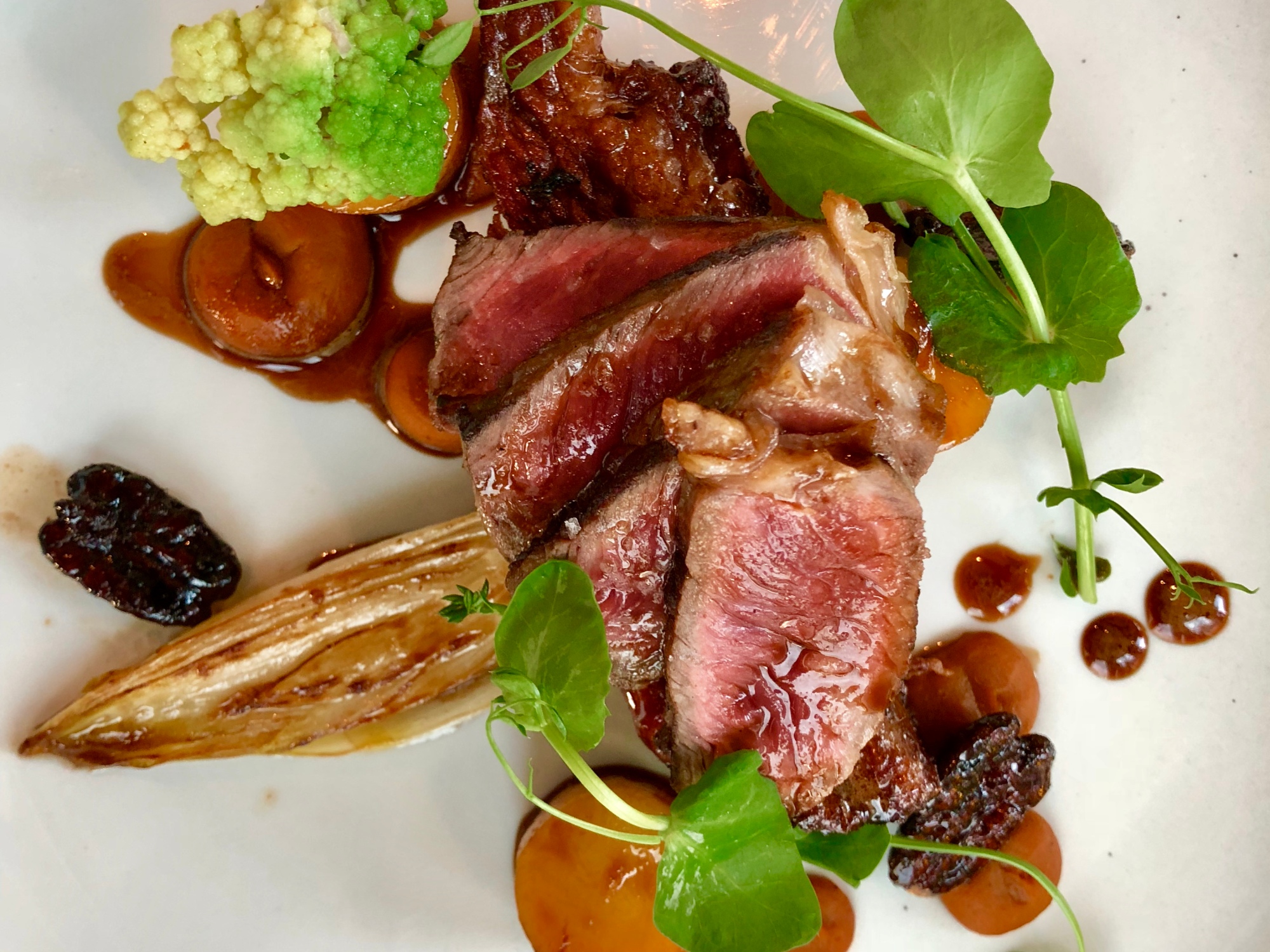 In pursuit of consistency and as dictated by the great weather, our Friday night dinner was appropriately waterside, along the Amstel River this time. After a sit-down session of looking at ‘Amsterdam restaurants with a view’ and filtering out the lofty-priced and seemingly over-the-top, we came up with a handful of options where Riva came up as the choice for the evening. It was in the Omvalbuurt in the south part of the city, a neighborhood I’d never really been to apart from one time when we cruised through it on a canal boat at a team outing, and I remembered how impressed I was and thought to come back later on to see more. Last night on a calm, sunny Friday was it.

The dining room was empty when we came in quarter before six but the outdoor terrace was busy with groups that somewhat overshadowed the peace and quiet I was looking for. After a quick glass of white water-side, we went indoors to start our meal for the evening and celebrated the end of another regular work week. 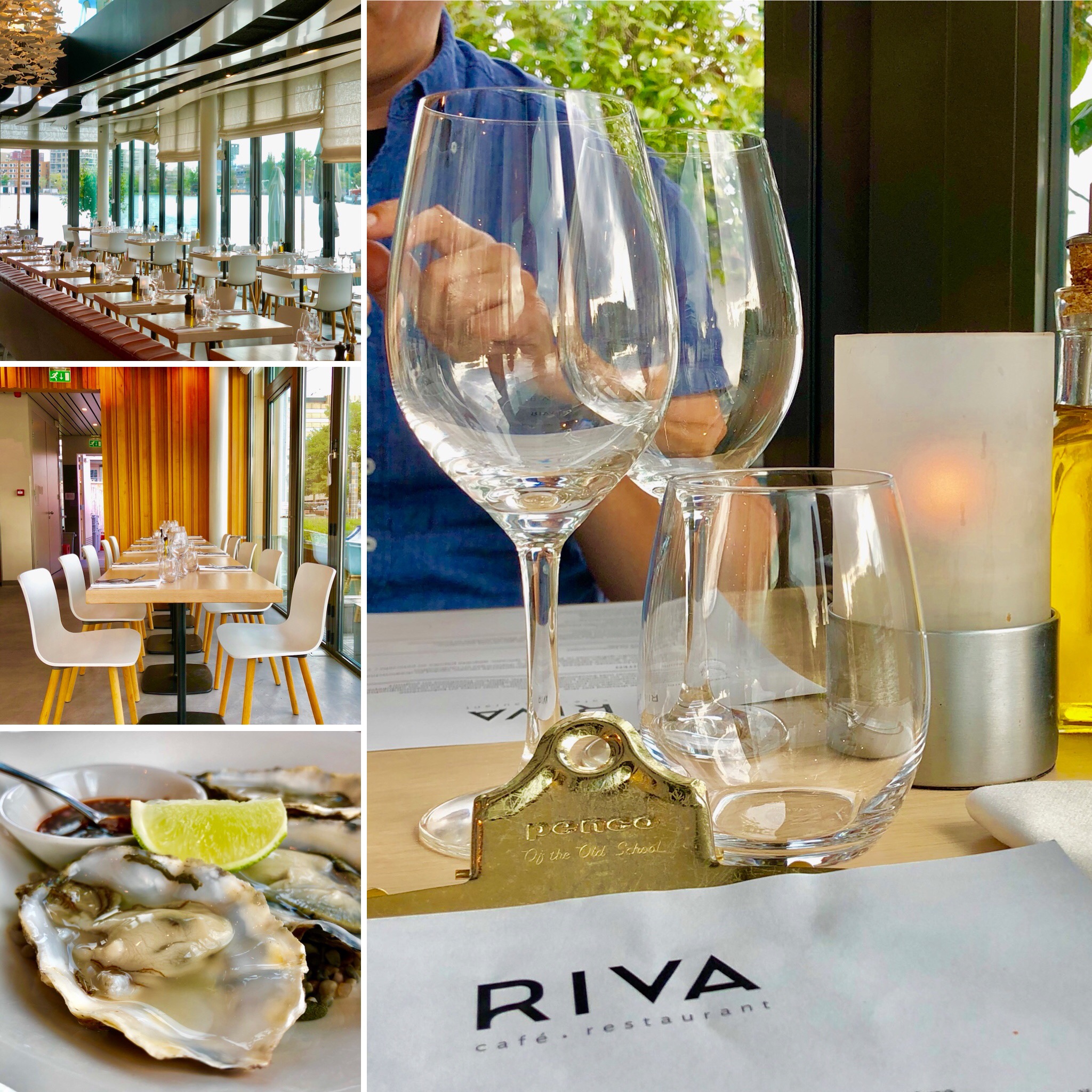 The raw oysters went down easily, the spare ribs were good though oddly topped with some overly chewy meat strips that lowered the bar, and the white chocolate mousse covered in a cage of chocolate was too nice to touch but got wolfed down like there was no tomorrow. Being close to the water was a treat, and the neighborhood was looking enviably good from where we sat such that when we talked of plans for the future, it was another instance where I fantasized about a move to the Omval, that is until Funda slapped me back to solid ground after showing me the sky-high prices for a common, medium-sized apartment in the area.

It was all good until I got home, still heady from the wine and the waterside views, when what would have been a successful dinner in the city was punctuated by three uneasy trips to the bathroom afterwards. It wasn’t anything serious thankfully but more a shame that we can’t always have good things. I’m tempted to think it was the oysters but who knows —- maybe it was something in the water.