It was near the end of our long, second day yesterday in Sevilla and the last item on the list was best known in my circle as the film location for Star Wars Episode 2. Sevilla tiles were everywhere in Plaza de Eapaña, which was huge and somewhat impressive for all the work that went into it. We lucked out and saw a flamenco performance that was good enough to draw a crowd – not as dramatic as the one we’d seen the night before at the Museo del Baile Flamenco but it was worth a look nonetheless. The building itself isn’t that old having been built for an exposition in 1929, so after a leisurely walk around we went and hired a carriage car to take us to dinner in tourist-class style. 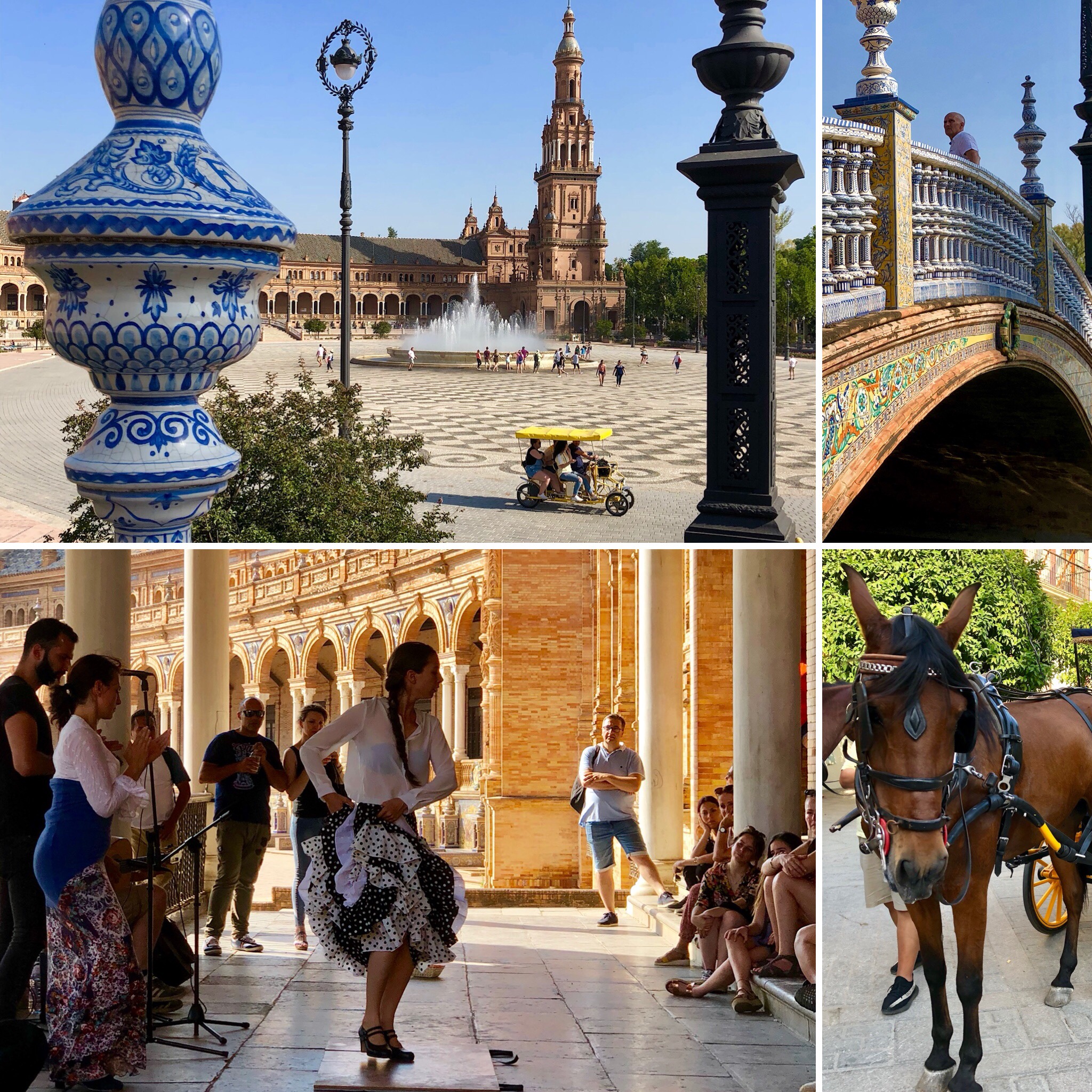 Healthy-looking as our steed may have been, I felt some ambivalence with our one-horsepower ride. We found ourselves mixing with actual road traffic at some point and my inner voice kept rooting for the horse to break free and run away.

When we made it to Bodega Santa Cruz for another late dinner that evening, it was another round of tapas to match the ones we had the previous night. The staff didn’t speak English so out came my broken Spanish and consequently eight different plates of known and somewhat unknown origin. Drowned by a variety of juices and sangria, they were again gone in no time, and there was no second round to speak of but a craving for sweets led us to a 15-minute walk to Confiteria La Campana, an attractive bakery we passed by during our unintended wandering two nights ago.

As we walked back to the hotel and bid goodbye along the way to our traveling companions, Gino and Jess, there was yet another public flamenco performance in the square right in front of our hotel. We stopped for a couple of performances, then hied off to the hotel bar for a G&T nightcap, thinking out loud how lucky we were, enjoying the quiet, the view, and the end of another successful, eventful day. 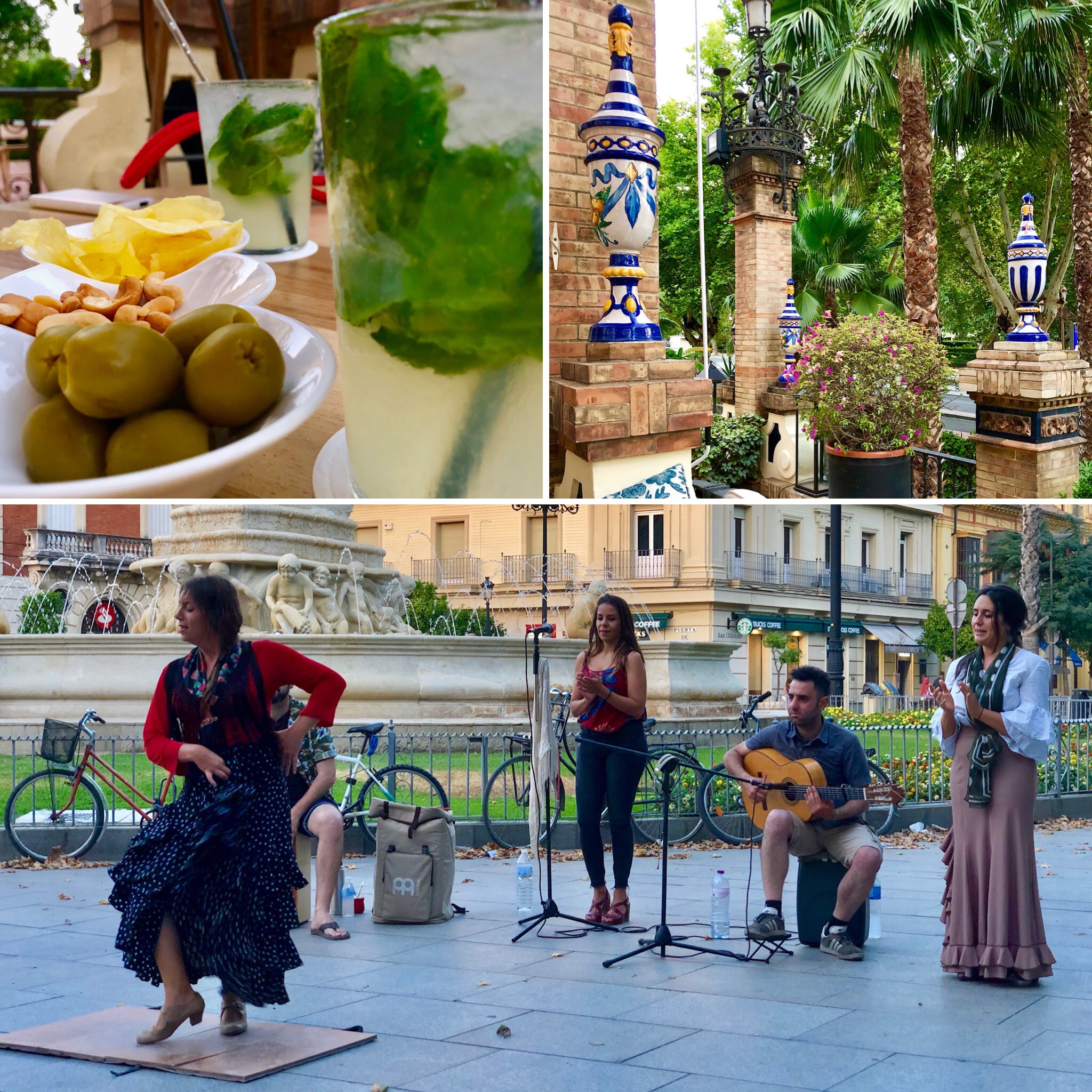