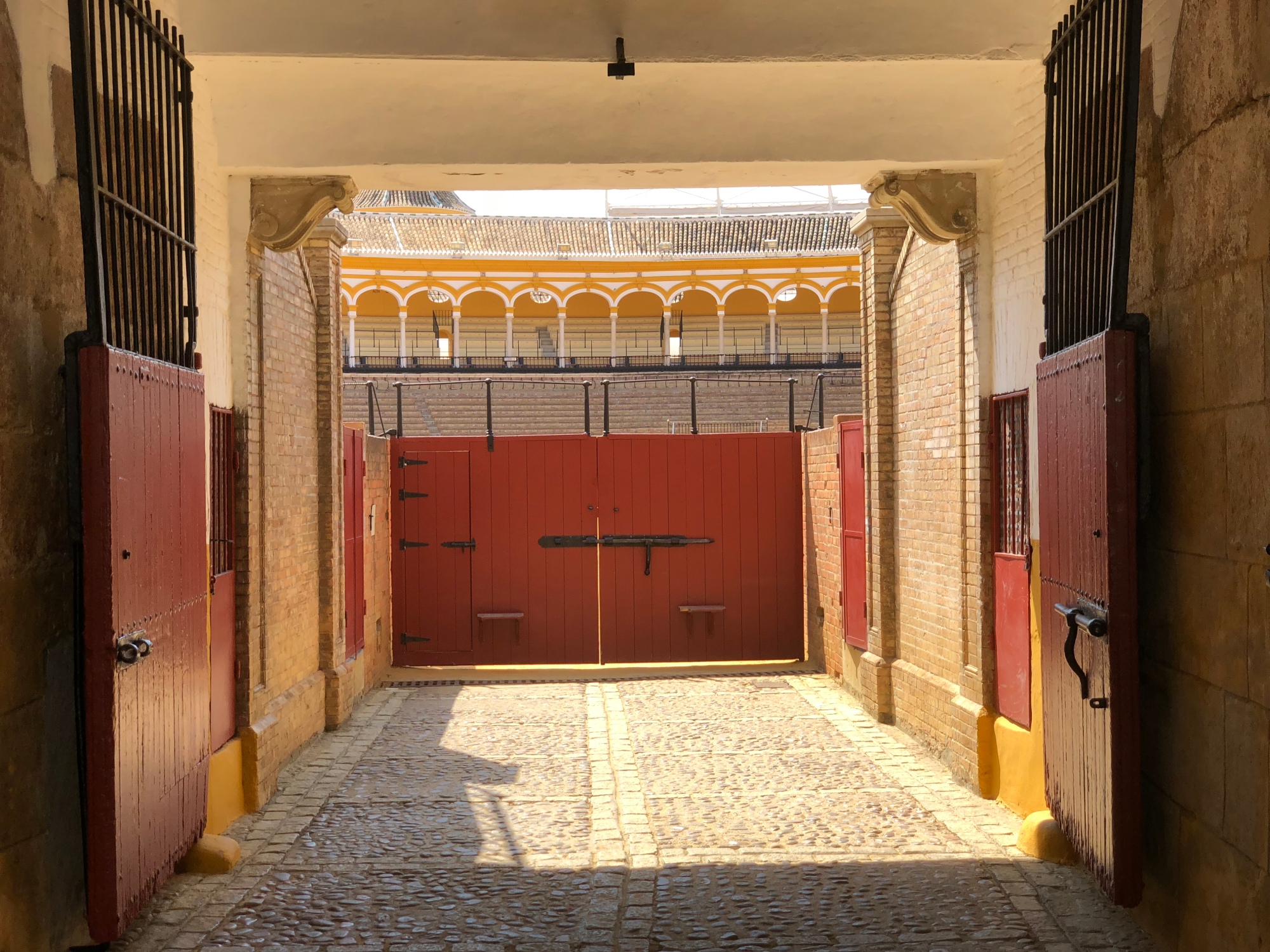 It was unbearably hot when we journeyed from Triana, crossing the Isabel II Bridge,  to Sevilla’s Royal Bullring and even more amazing seeing so many people lined up under the blazing sun for tickets to get in. Why, oh, why? We found out not long after that it was free to get in before 7 p.m., which made sense because only crazy people would do such a thing as line up at the risk of heatstroke – or people like us who were traveling with a doctor and had no better plans that day anyway. When our place in line finally reached the ticket booth, the first available slot wasn’t until 4:30 p.m., more than an hour later. We took it anyway and went somewhere else to get rehydrated and while the time away. Now, a pitcher of ice-cold sangria maybe great for this weather, it was nonetheless still alcohol so the purpose may have been defeated but it was good enough to give me a second wind and see an original bullfight ring for myself. Thank god it was a bit cooler inside. 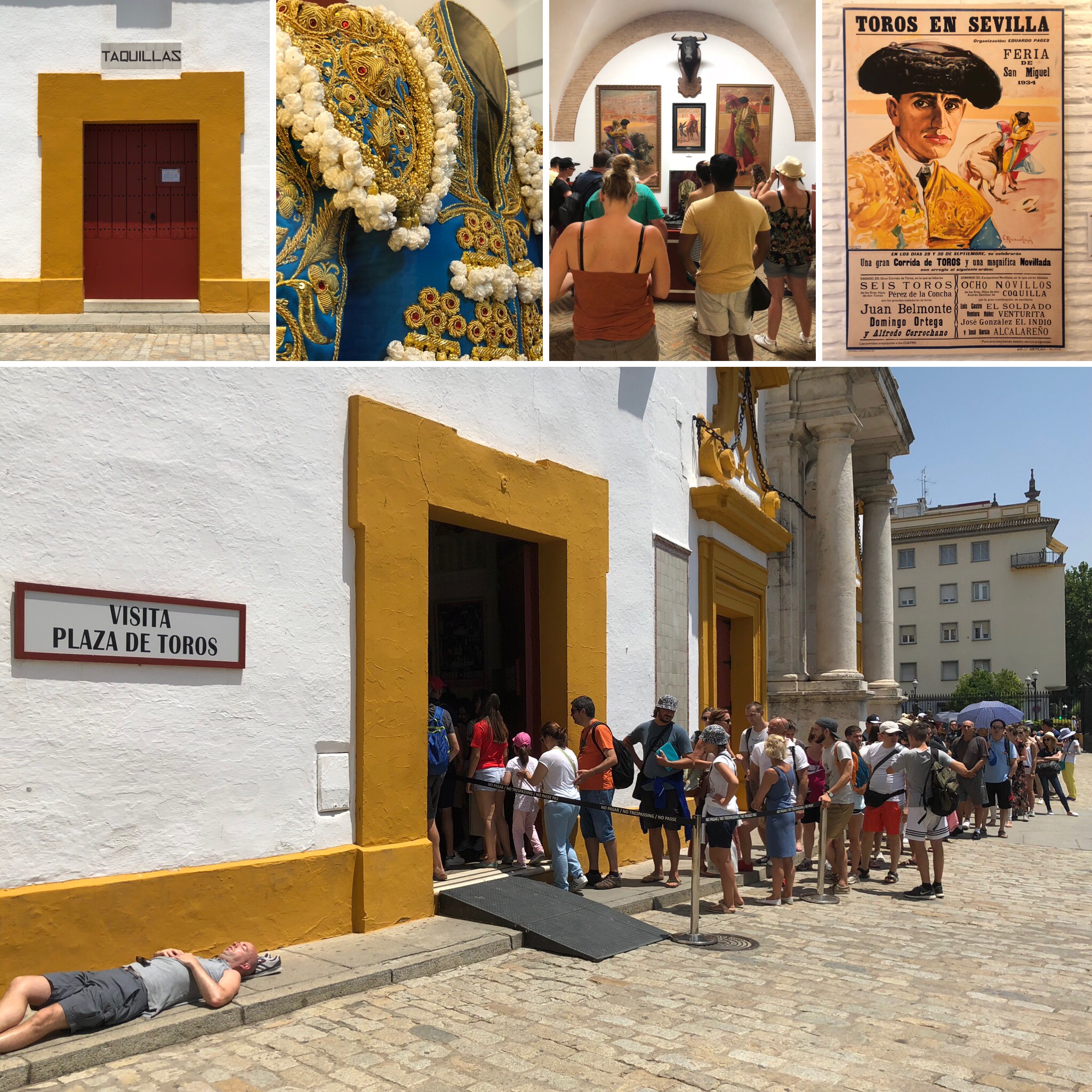