The weather forecast said partly cloudy but there was no partly about it, the sun was nowhere from the moment we left Amsterdam this morning to the entire time we were in Veere down south in Zeeland. After a disastrous, water-logged attempt last week, and despite the two-hour drive to get there, we decided to give Veere another chance with a late lunch in mind and a slow, meandering Saturday walk around town.

After easily finding parking, it was a short walk to De Werf, beautifully-located next to the boat-filled harbor on the opposite side of town. As we sat down to a glass of Chardonnay and fairly decent burgers, it was a treat having an unobstructed view of the busy harbor punctuated by the chiming bells from city hall tower, and from the looks of it, a lot of Germans had the same idea – there were so many German license plates in the parking lot it almost felt like we crossed the border to Germany. 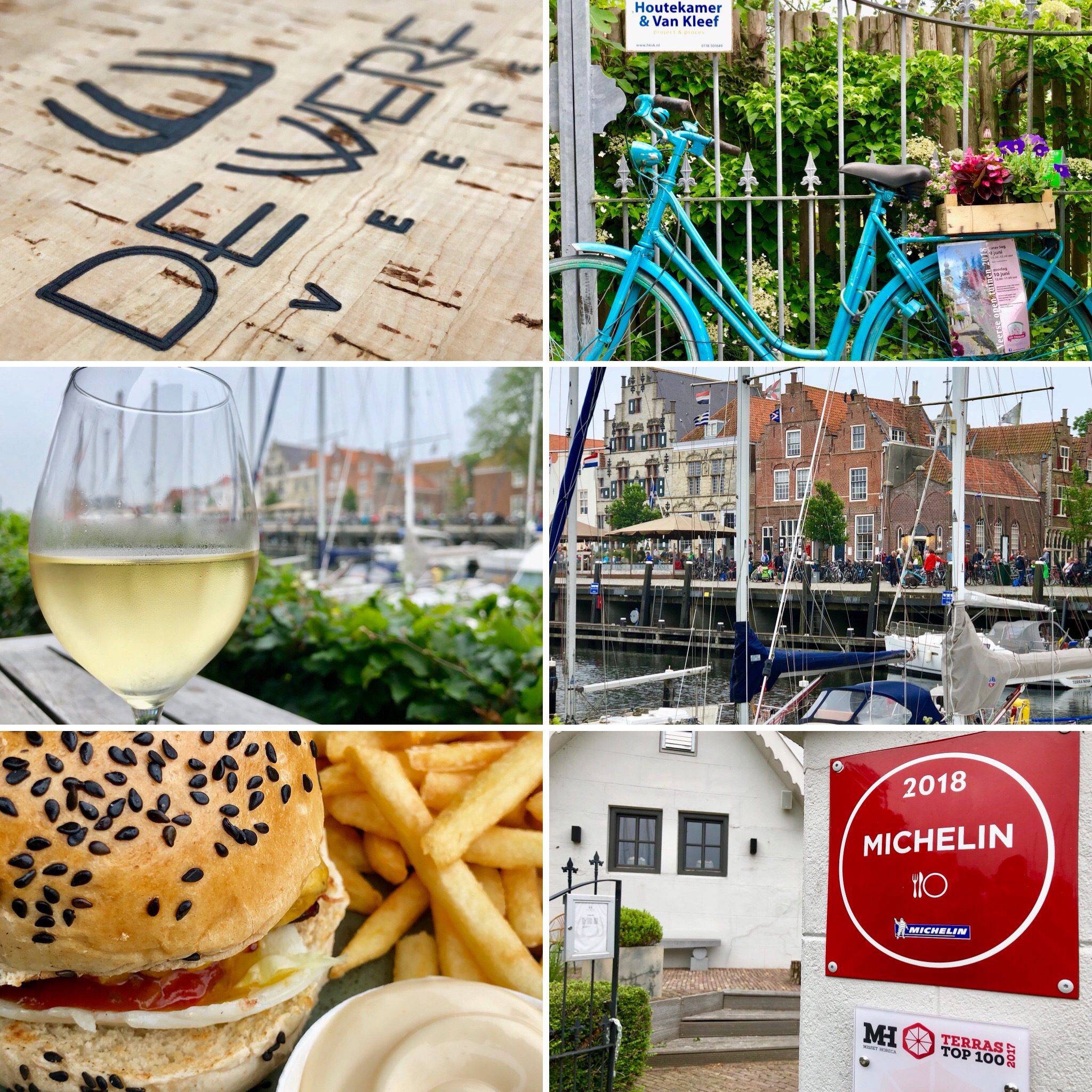 Though the sun didn’t make an appearance it stayed dry and just cool enough to sit alfresco by the harbor as well as enjoy a walk around the small town. The high number of galleries and art stores was a surprise, as were the 15th and 16th century houses and many restaurants lining Main Street. A quick stop at the town hall museum, some high-quality shops, the ferry pier, and it was soon over. For a small town of 1600 people, it was a busy June Saturday in Veere. 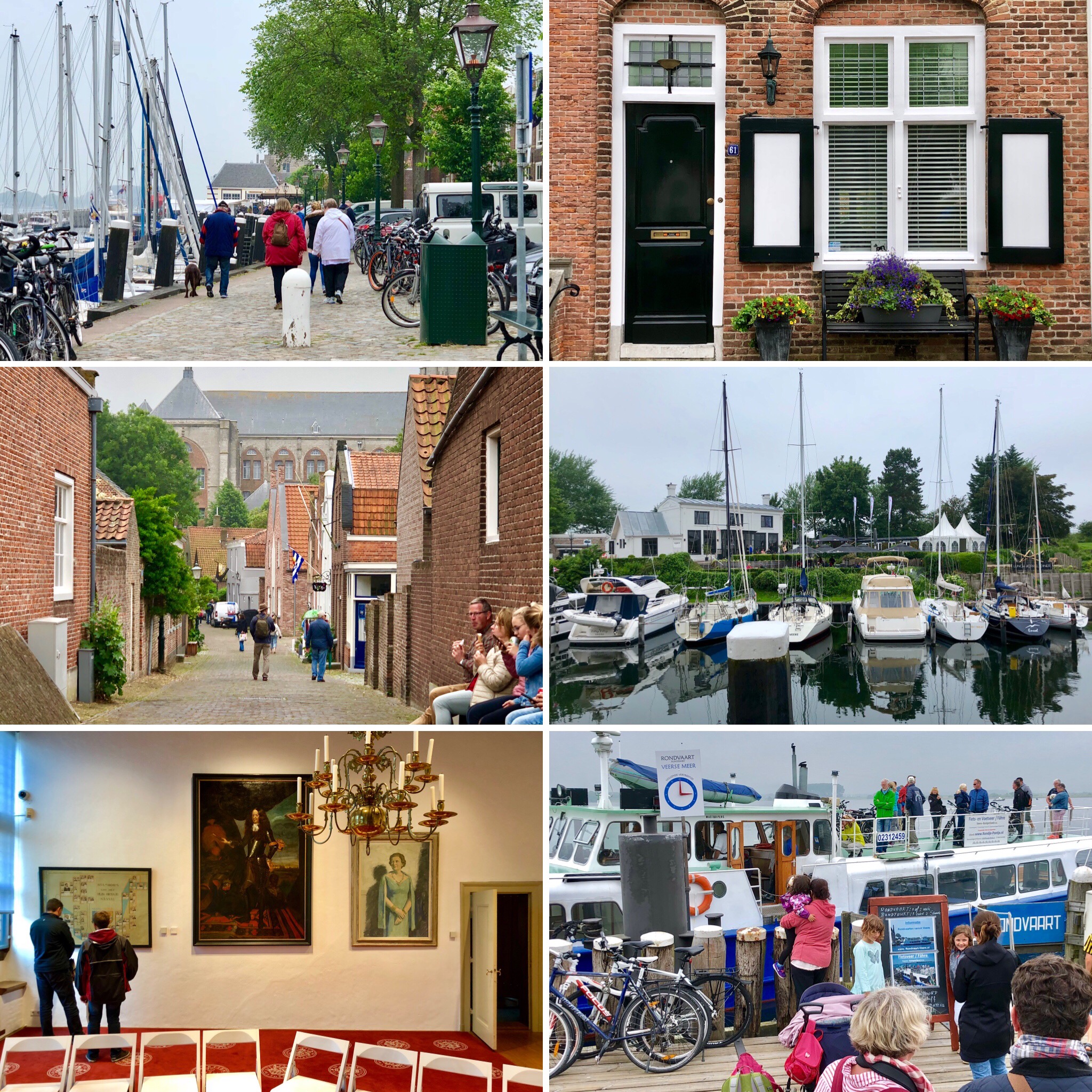 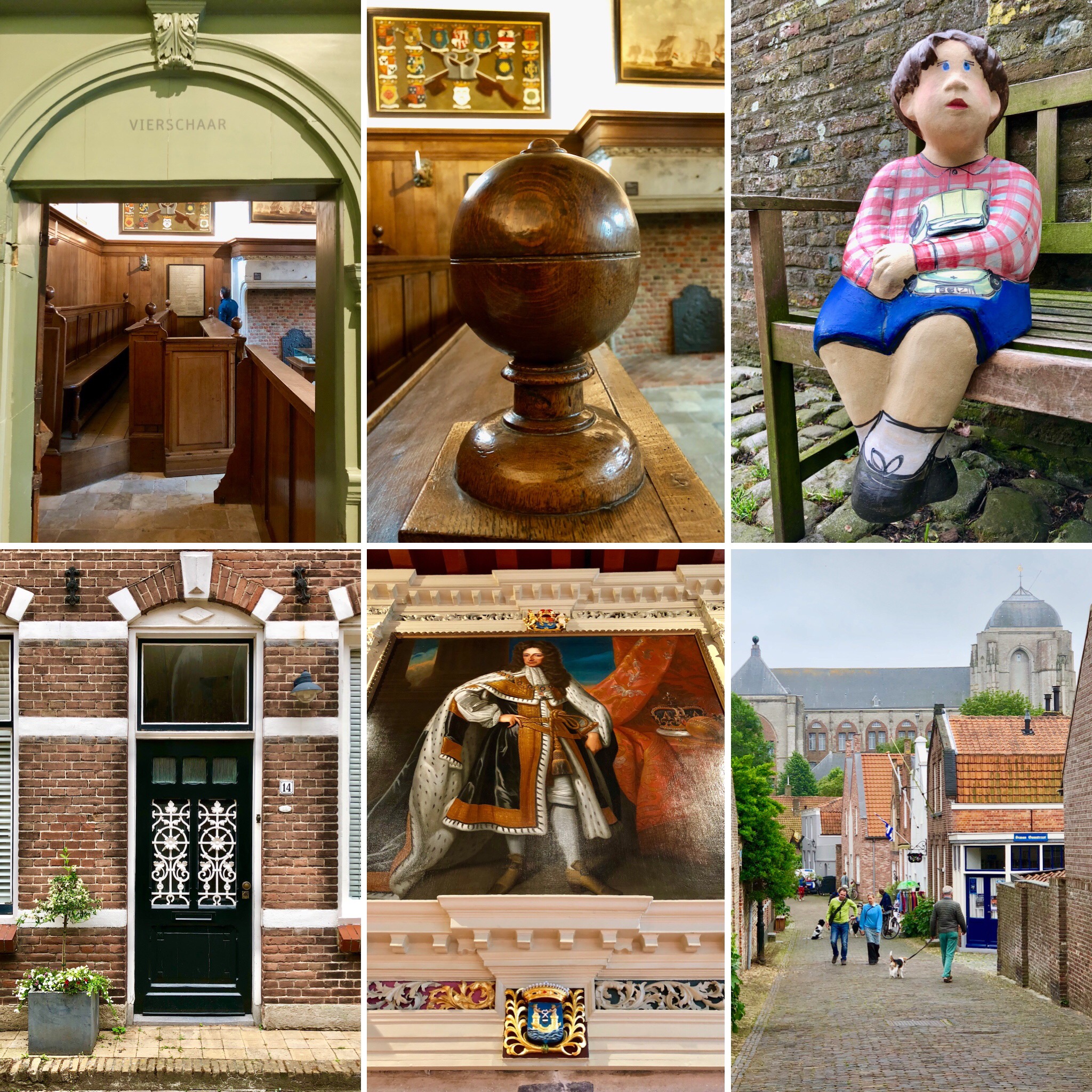