When we planned our next brunch outing two weeks ago, this being Amsterdam, neither my colleagues nor I would’ve imagined how lucky we were going to be with the weather. The consolation in case the weather turned sideways was that our venue was covered and heated, even if it was in fact a moving vehicle, but as the day approached it became clear we’d have one of the best winter weather days possible. It wasn’t exactly early Spring but it did turn out to be a glorious, sunny, albeit frigid Saturday when, over some anemic mimosas and lackluster waffles, we cruised Amsterdam’s canals over brunch. 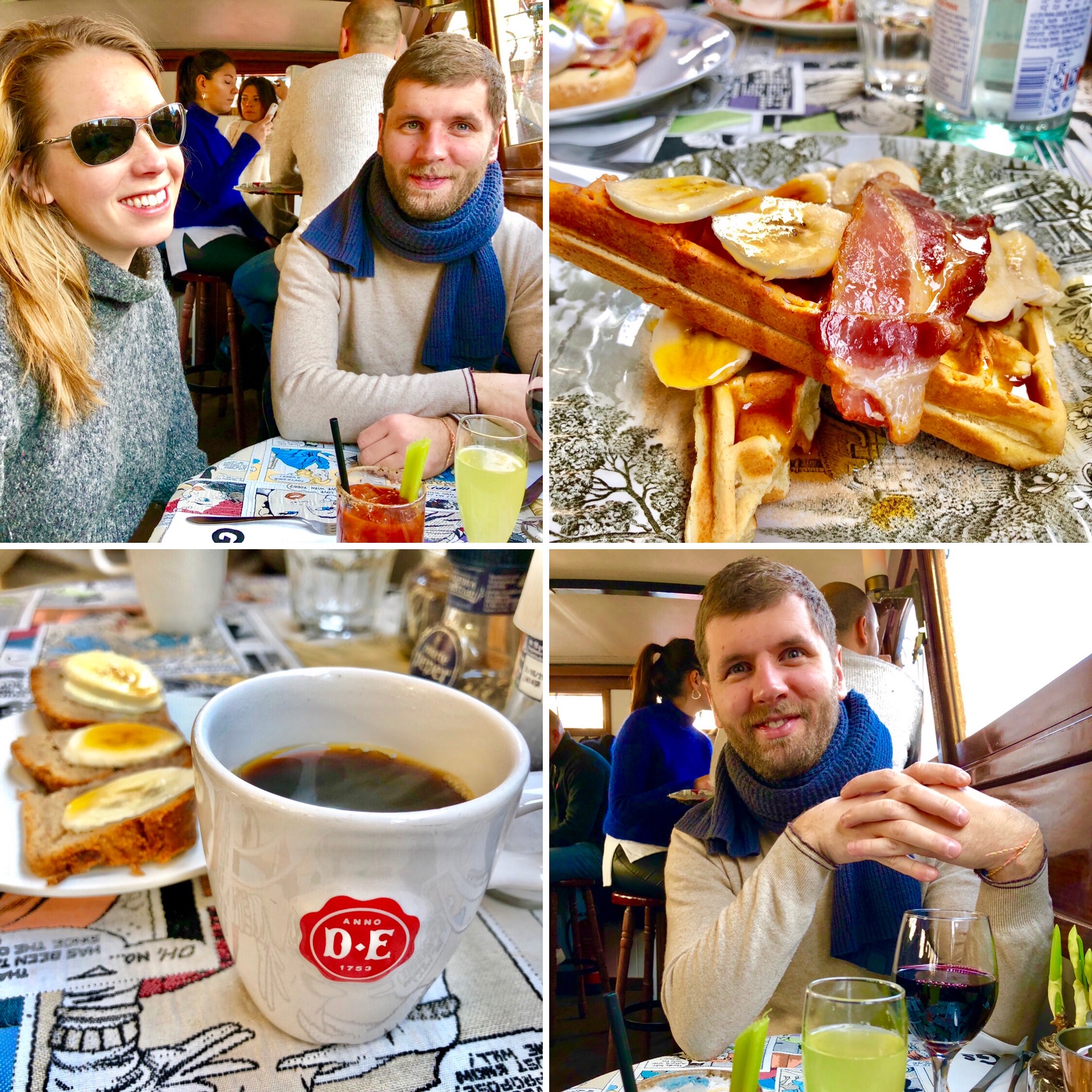 I’d heard about G’s many times from other colleagues so it was just a question of when I’d have the inclination to go. Rather than the usual brunch routine though, I suggested we take the more interesting option – cruising Amsterdam’s canals via “the world’s only brunch boat” – and over a span of 90 minutes entertained ourselves with gossip, history, and Saturday afternoon notions about life. The boat was unbelievably noisy – mainly due to a large group of brunch-loving, heterosexual men next to us – we could barely hear each other from across our unsurprisingly Amsterdam-tiny table. And as for the food, from appearance to taste, it all turned out, unfortunately, rather amateurish, which was unexpected given all the hype I heard about G’s. After we’d disembarked and walked out into the bright, sunny day ahead, there were two things I was sure of. It was a gorgeous day spent with some of the nicest colleagues around, and there will, without a doubt, be no follow up visit to the world’s only brunch boat.