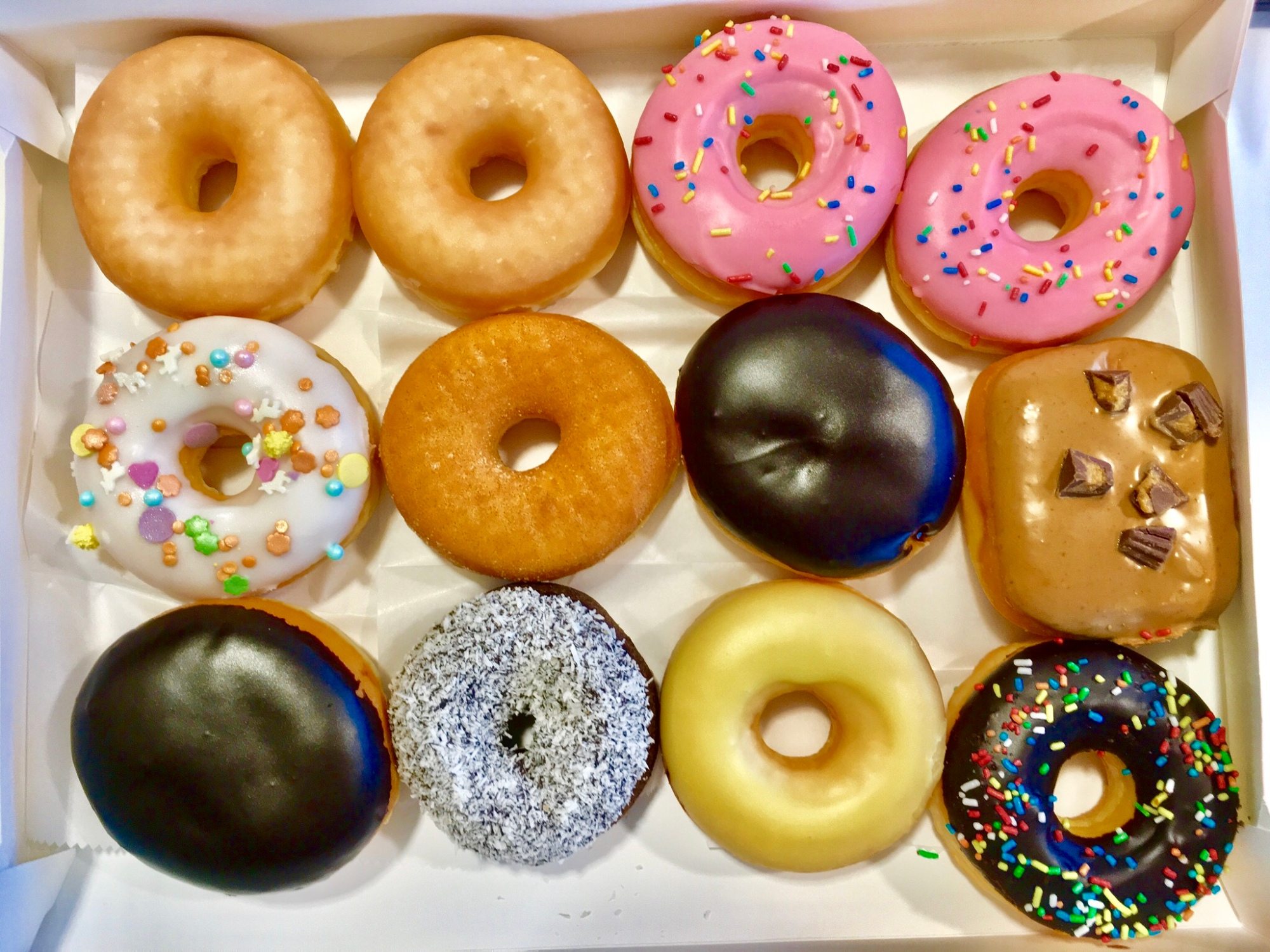 It’s not Krispy Kreme but it’ll do for now.
Another American staple that I’d long taken for granted has reached Dutch shores. Since it was Friday, preceded by the most unsatisfyingly unproductive week at work yet, and was a payday to boot, I asked a colleague if she could stop by the newly-opened Dunkin’ Donuts at Centraal Station and grab a dozen treats as a way to salve the frayed nerves and morale in the office. After coming back to my desk from a meeting, to my pleasant surprise she didn’t disappoint – a beautiful, sealed, white box with the famous logo was waiting for me to be opened. The unboxing was momentous.

I ended up eating three. The guilt that came afterwards was luckily overshadowed by the uplifting sugar rush that came after and which I hope had the same effect on the others. Hope the €20 was well spent. 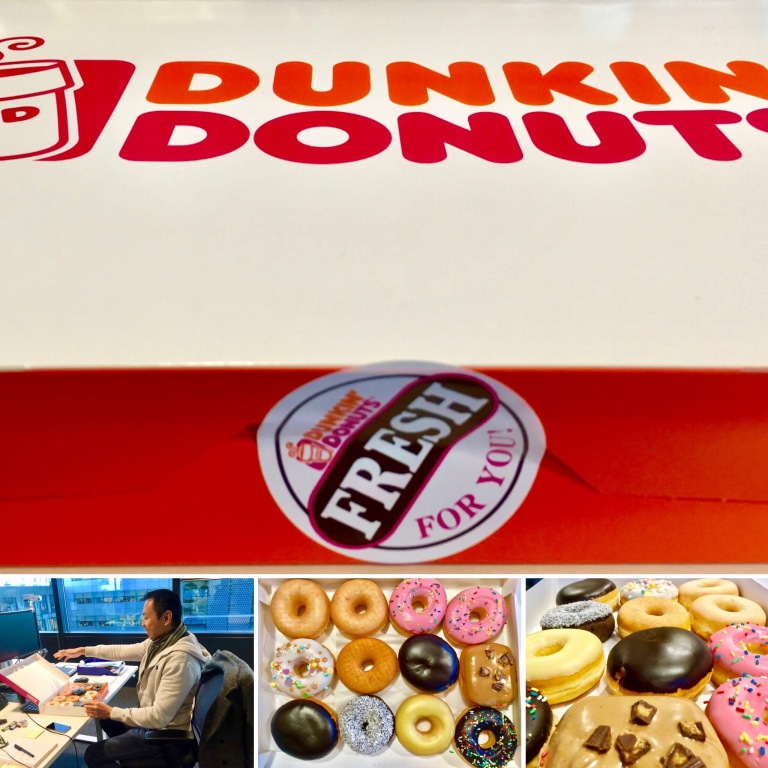