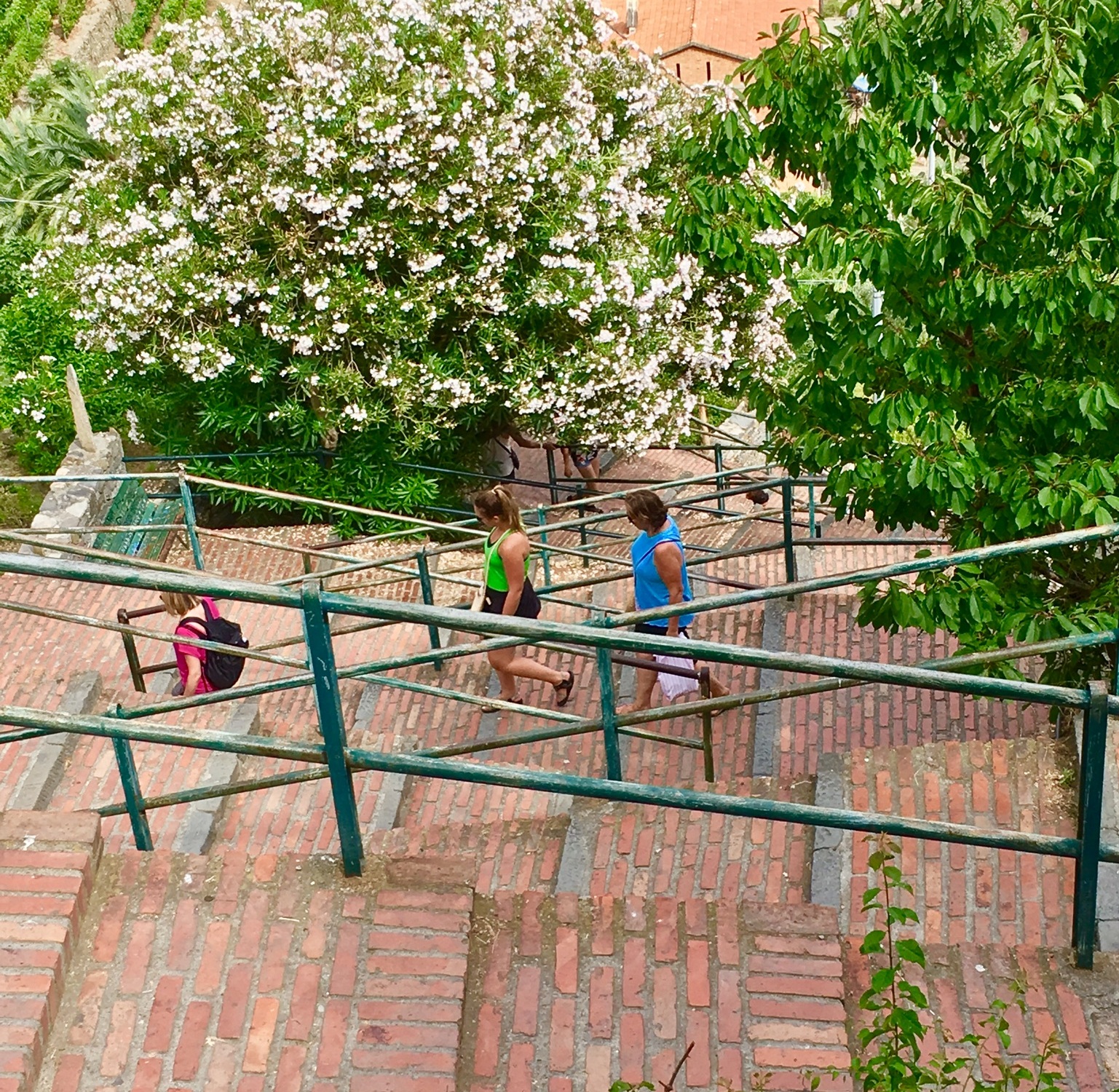 We’ve come a long way, Anthony and I. Almost five years ago to the day, we found ourselves in Santorini harmlessly wanting a nice lunch, searched for a restaurant a bit off the beaten path, and ended up finding exhaustion apart from an experience neither of us will forget. We’ve both aged a bit since then and have learned just to go with the flow on those days when plans go sideways, and see where life takes us. And today was one of those days.
After our successful excursion to Portovenere, we still had the entire afternoon to while away and since we’d not been there yet, Corniglia became our next destination. I wasn’t thoroughly excited by the prospect but I agreed that since we had the time, we might as well take a look. The town doesn’t have a harbor so the ferry was out of the question – turned out that we had to take a bus to La Spezia and train it from there, which took over an hour to do. It’s probably good that I didn’t read up on Corniglia, or bad when you look at it from a more adventurous point of view, because the prospect of climbing 381 steps up to the town would have been a deal breaker. Yes, Virginia, it takes the equivalent of 19 floors to go from the town’s train station to the town itself.
Who in the world does that?
The challenge wasn’t visible at first but when it became clear what we needed to do all I could do was joke about the situation rather than call it quits. At that point I was determined to see what makes Corniglia special and when I finally did, let’s just say, it was a case of deja vu. Touché, Life, touché.
Everything in Corniglia is pretty much the same as in any of the other Cinque Terre towns only with more sweat equity required. We walked through the main street and around the square and settled down for a late lunch served by a just-the-right-amount-of-sass waitress who also happened to be working during her birthday. A cheap meal of baked lasagna, Italian schnitzel, ice-cold shake, and gelato and lemon cake for dessert was a reward for our arduous trek during this the peak of summer and an empathetic celebration for our birthday-girl waitress. We took our time, gave a generous tip, and bid her auguri before heading back 381 steps down to the station. Thanks, Corniglia, for an unforgettable experience and another life lesson for the ages. 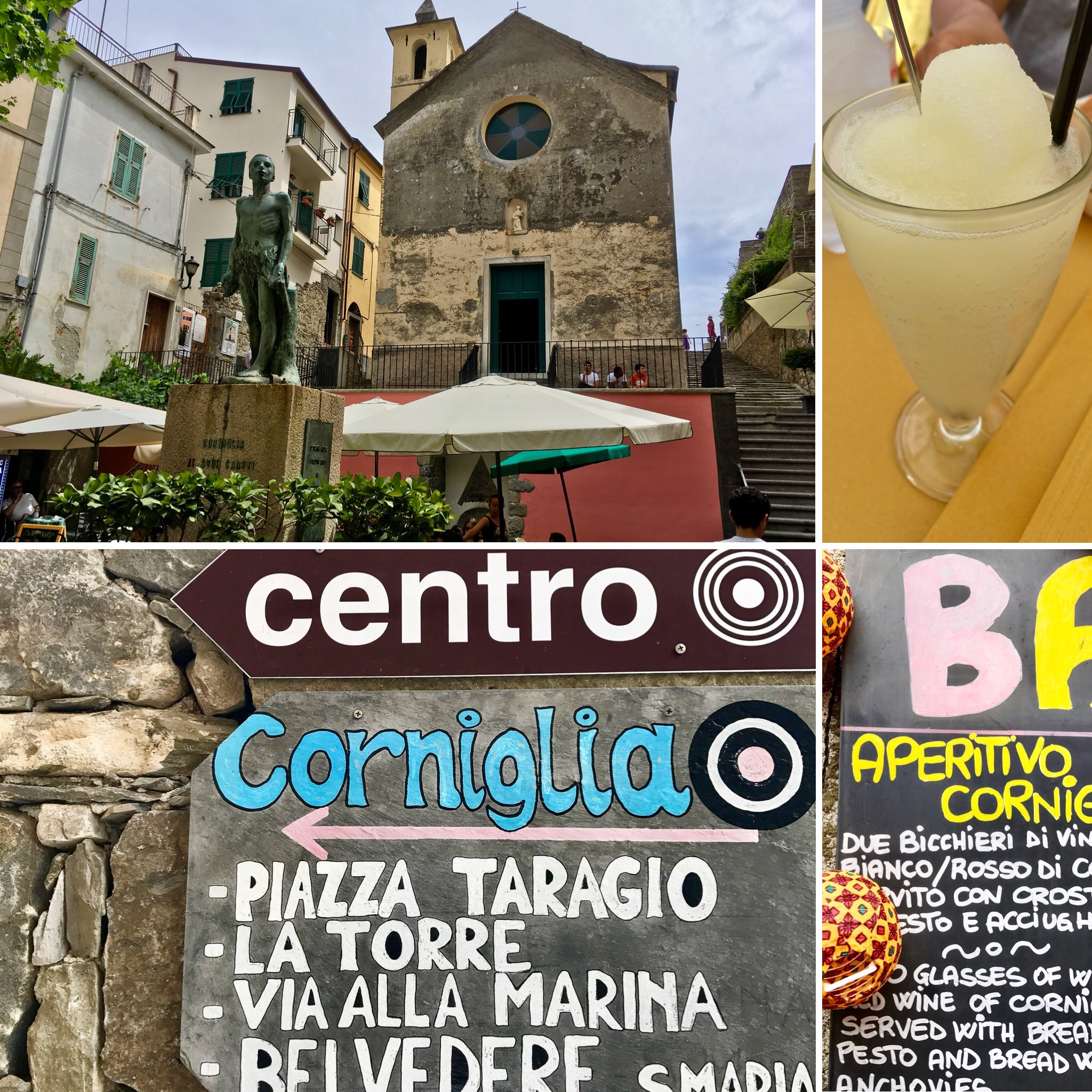 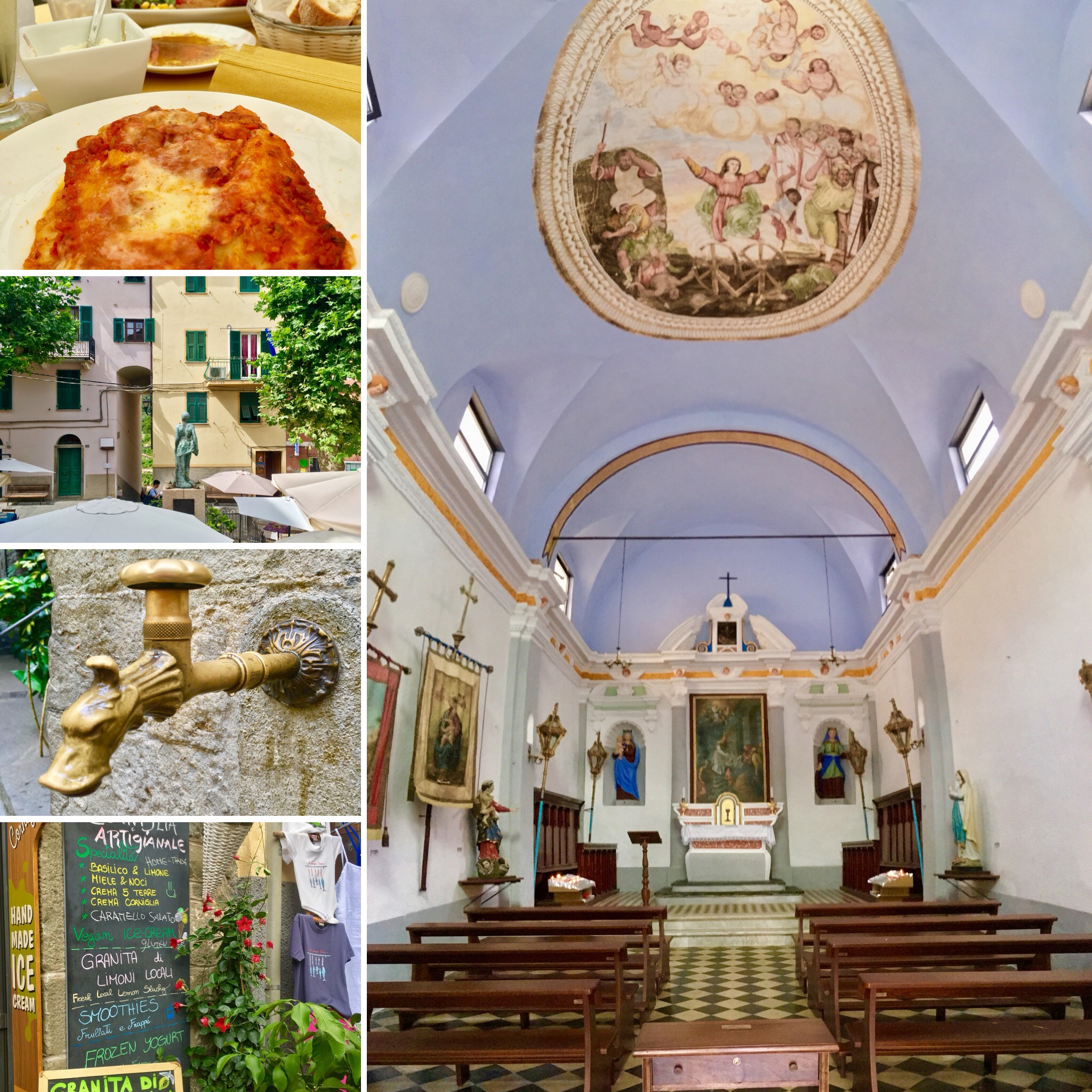 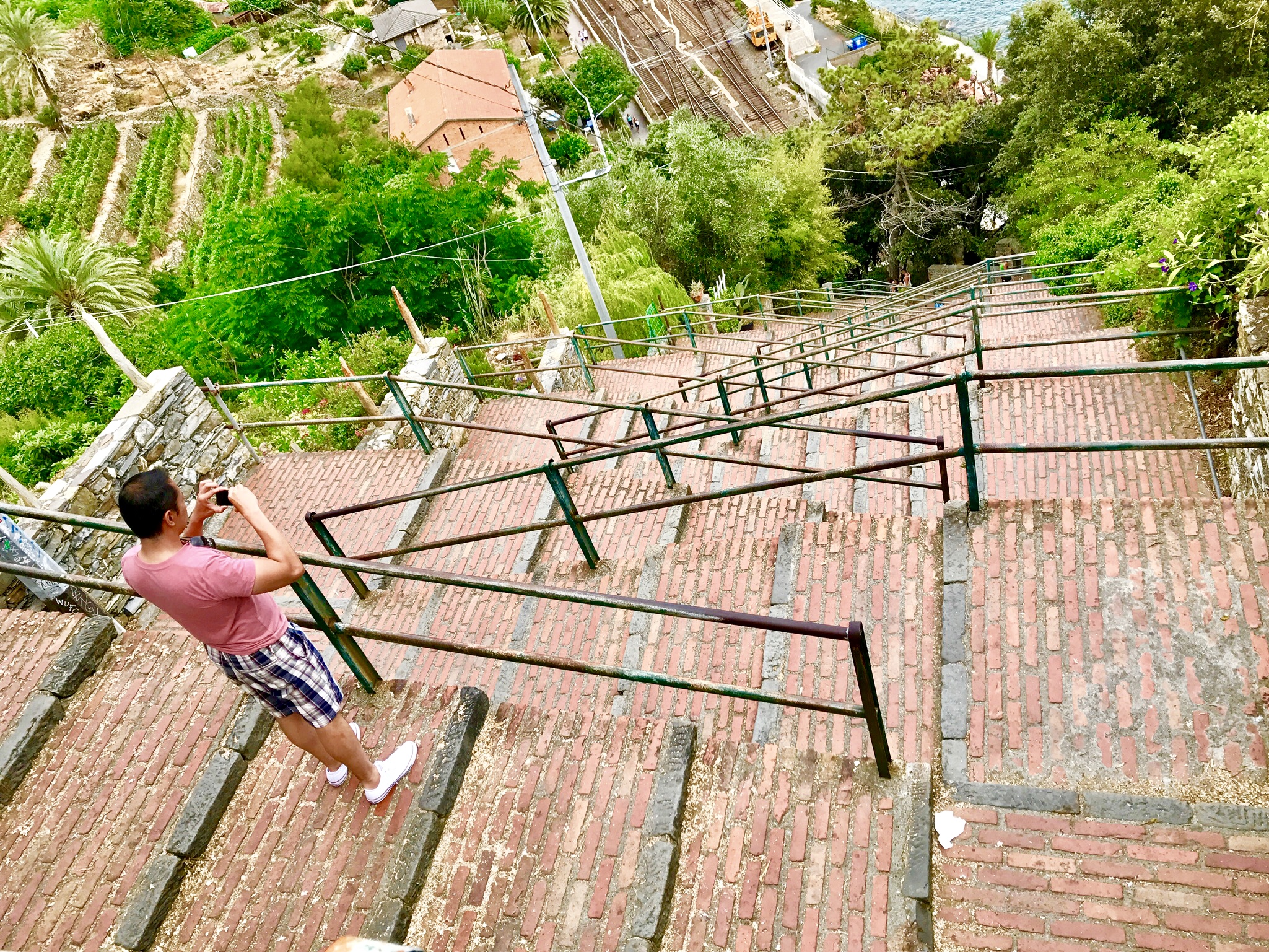