The view of Portovenere from the water is stunning.
After our very relaxing and crowd-free ferry had docked, it was easy to get the lay of the land and figure out where we should start. First thing we did was walk along the promenade where a good number of sun lovers were laid out on the boulders hugging the waterside, with not a care in the world from the looks of it. We then followed an uphill path to the church on the hill, which quickly reminded me of Sienna and Pompeii put together. It was nice to just sit and meditate on where we’ve gone so far and what else is in store, for this trip and just in general. It helped that it was sporadically cloudy which meant it wasn’t too searing to sit out plus there weren’t too many people around, a situation too frequently evident in the other towns we’ve gone to. It could be that it was a Sunday when tourists are usually on the way out or maybe because Portovenere isn’t technically part of Cinque Terre though in my opinion it could stand to be the best of them all. We wandered on a path parallel to the marina and I kept thinking how nice it was to be in a place that was atmospheric in the best sense – seeing an older couple coming out of an historic church as fresh newlyweds was a show-stopper – and was bigger than usual, because Portovenere could easily fit Riomaggiore, Manarola, and Vernazza in it, and even Corniglia on a good day. It had the added element of an imposing fortress structure dominating the skyline that set it ahead of anything else is in the region.
We continued on till the end of the stone path, stopping every now and then in front of shops, restaurants, and the requisite gelato store for some pistachio and mascarpone before running into the marina again, with the feeling that we’d covered all that was worth covering and satisfied with our leisurely accomplishment. Portovenere turned out to be a great decision – but what to do now for the rest of the afternoon? 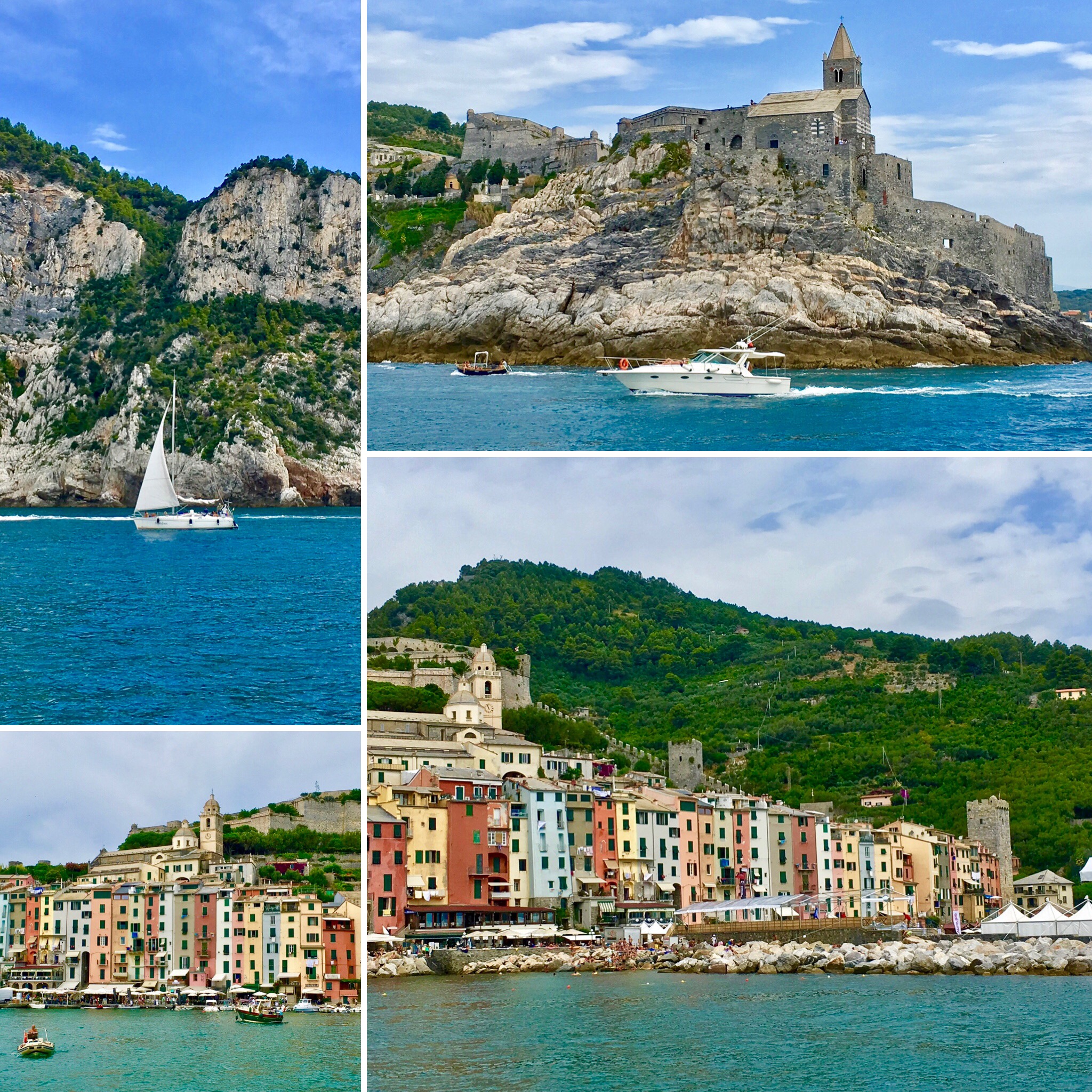 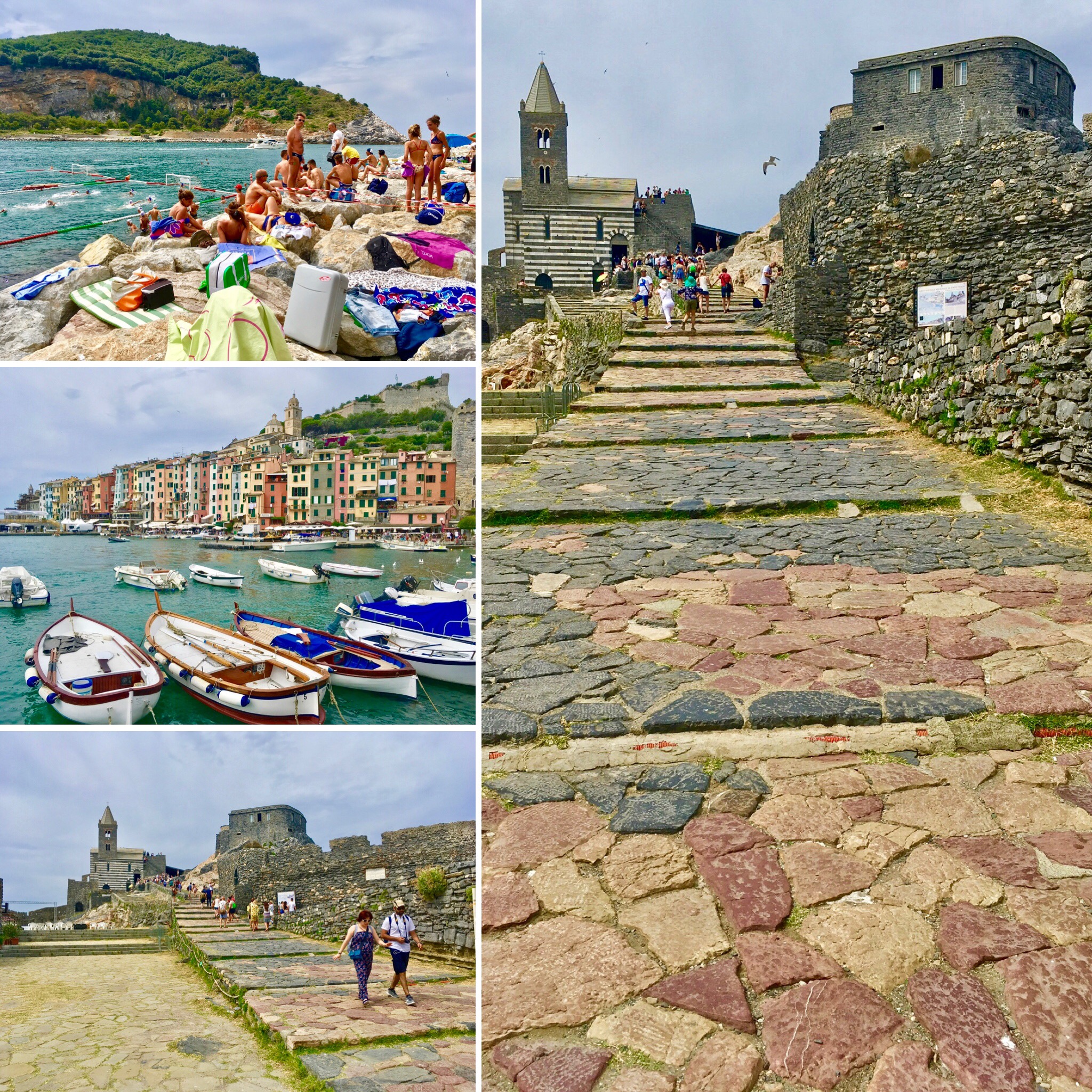 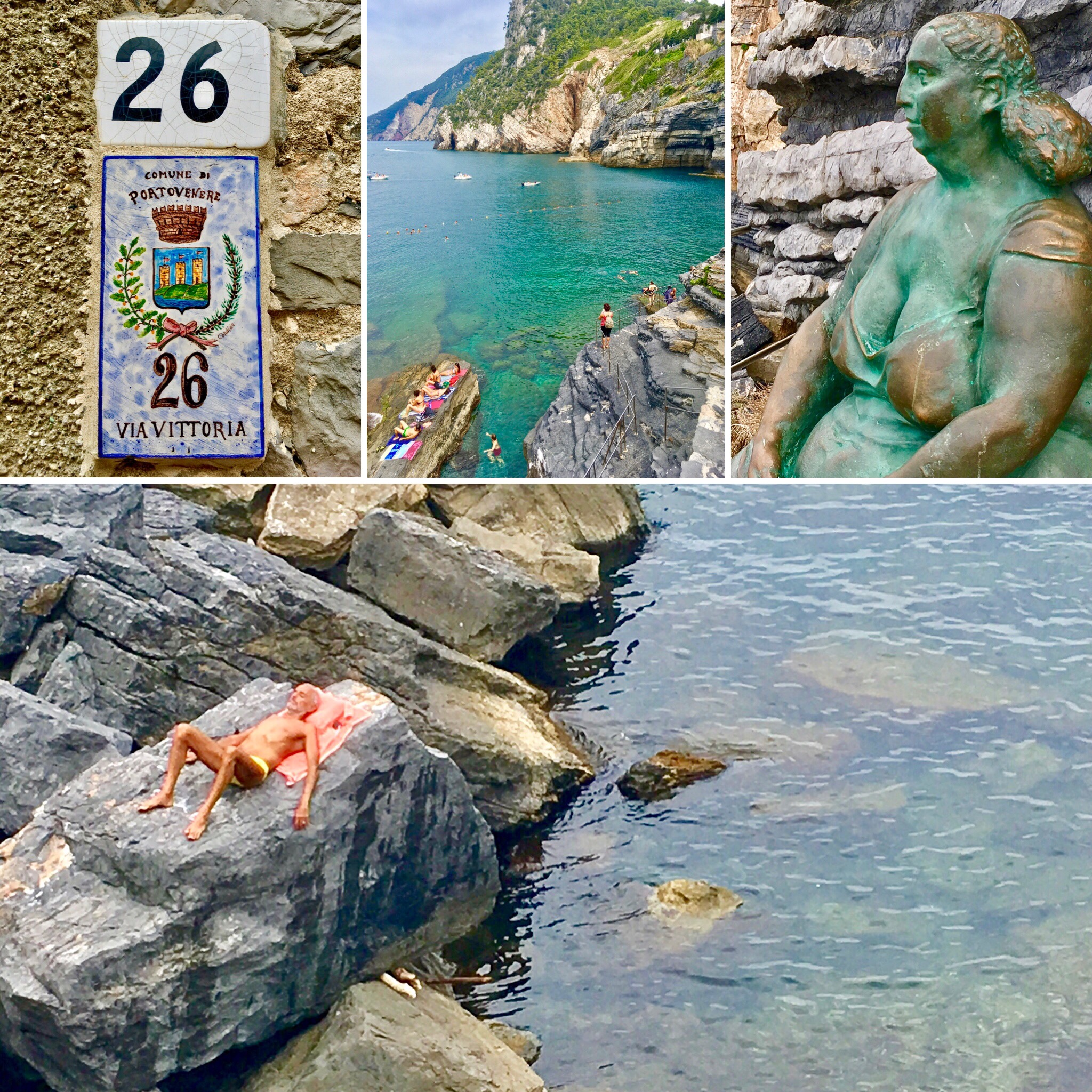