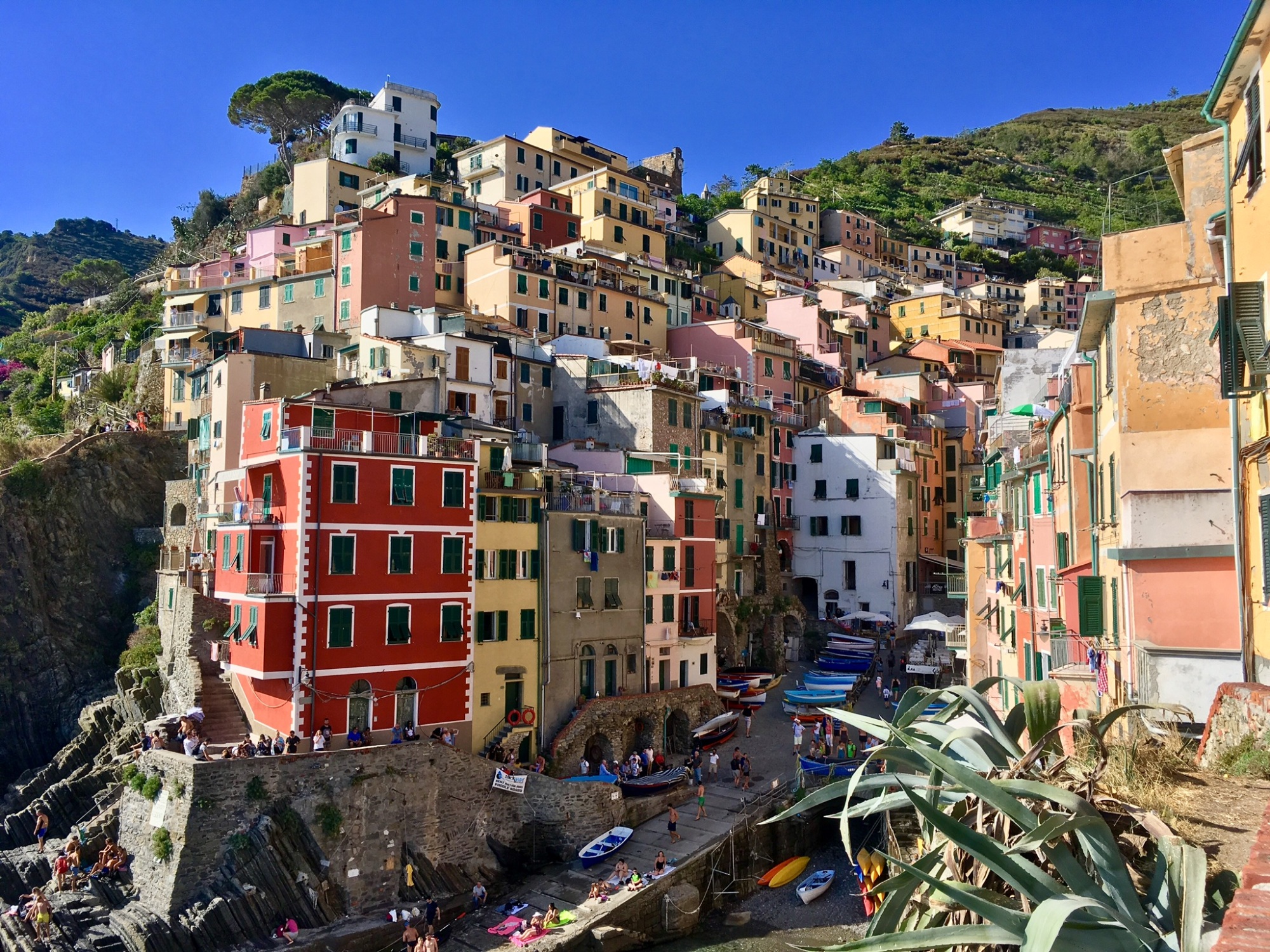 I became an unexpected geisha for about two minutes.
After getting an unplanned totally uneven tan in the two mountain trips Anthony and I did in Switzerland, I was deadset on getting protected this time around, more so since we were entering the peak summer season in oh-so-hot Italy. While I grabbed some money from the cash machine, Anthony went ahead and got some skin protection, which I quickly started lathering on my face. Turns out he bought the kids version meant to be extra strong so much so that no matter how much I rubbed my face red to even it out I very clearly still had a thick white layer of lotion that wouldn’t go away. Like some comedy of errors it looked like I had white foundation on my face it was laughable, the only thing missing was a kimono.
After wiping my face with a cloth and getting a second, third, and fourth opinion, we finally moved on to the business at hand, which was to take a walk through town and channel our inner Ansel Adams. Despite the heat and humidity we were able to walk through the main drag, down to the crazy beautiful marina, and up Via San Giacomo to Bar Conchiglia where we lingered for a while over some bruschetta and cocktails as well as enjoyed the view, which was one of the best in town. The food was okay but the service could very clearly stand improvement. After staying as long as we could, a plan to take a boat to the other towns was thwarted at the last minute by a mistake on their printed schedule so we ended up walking further into the rocky beach on the other side of the marina and quietly waited for the sun to set.
It was a hot, delicious, crowded, and breathtaking kind of an afternoon on day one in Riomaggiore, and we couldn’t have asked for anything more. 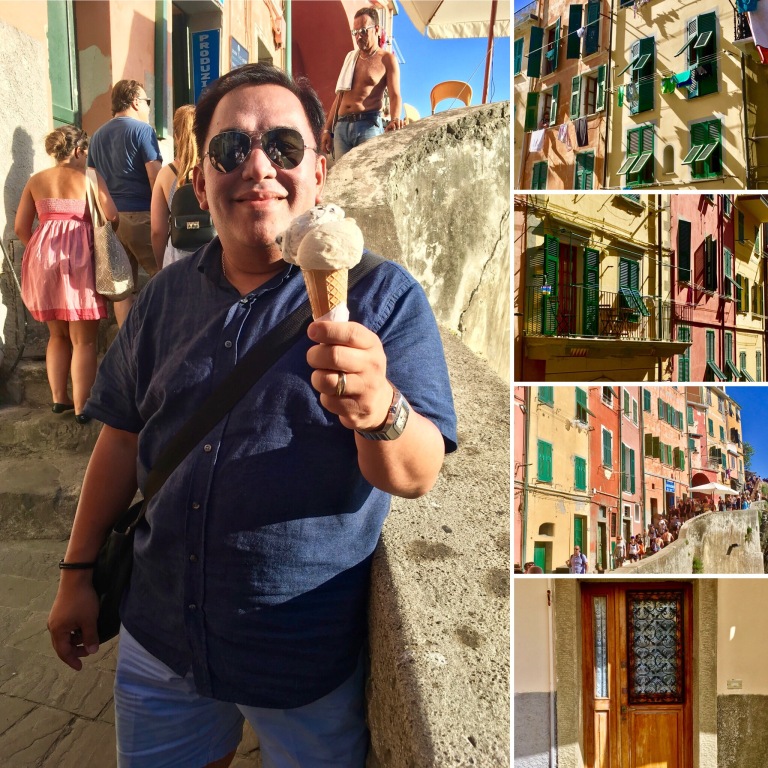 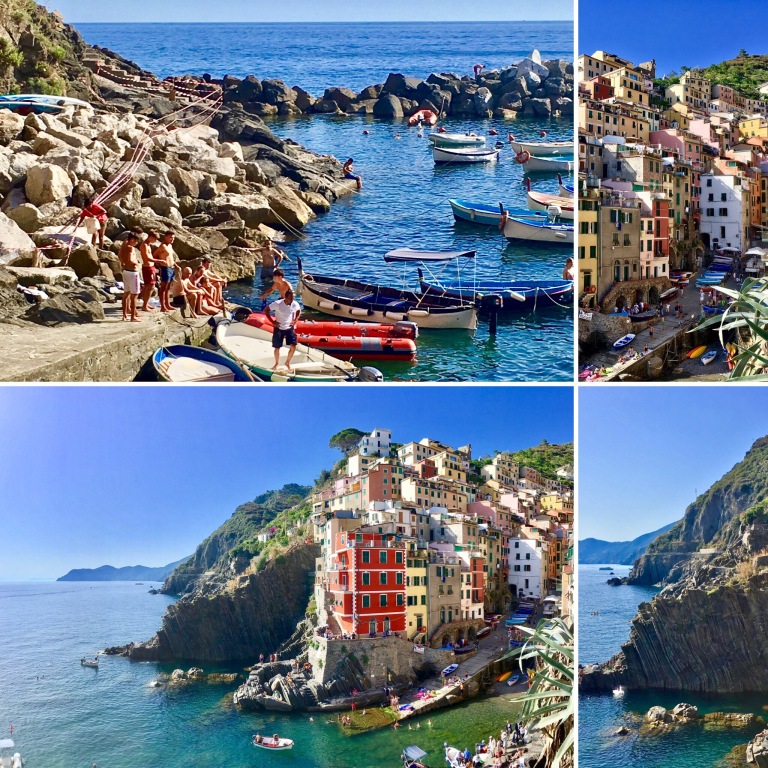 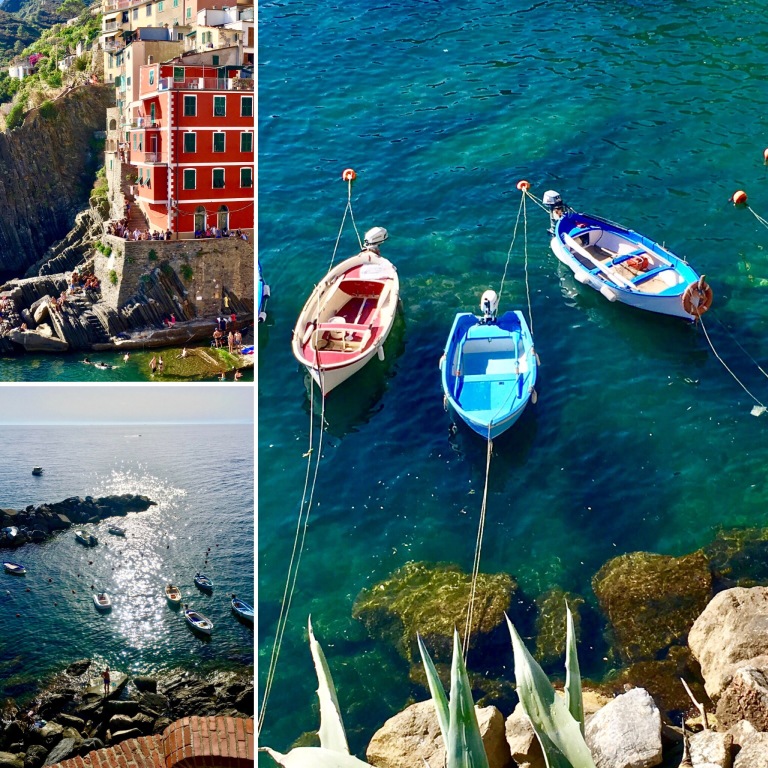