It was 4 in the morning when we got ready to travel 5.5 hours over 6 train changes to reach our destination today. While that would seem crazy, impractical and interminable the fact that our trip today is to Jungfraujoch in the Bernese Alps, reachable on the highest railway in Europe should say a lot about our motivations. What I used to only admire in pictures and video was now within grasp and would be satisfied in a few hours. I tried my best to be prepared given the summer weather we’re lucky enough to have today, knowing that it would be considerably different 11,000 feet high up.
After my usual morning ablutions, a cab to the airport train station, a train to Lausanne, Bern, Interlaken, which was somewhat of a madhouse, then Lauterbrunnen, and Kleine Scheidigg which were both similarly so, we finally reached the top of the famous mountain and spent several hours exploring and snapping pictures like crazy. 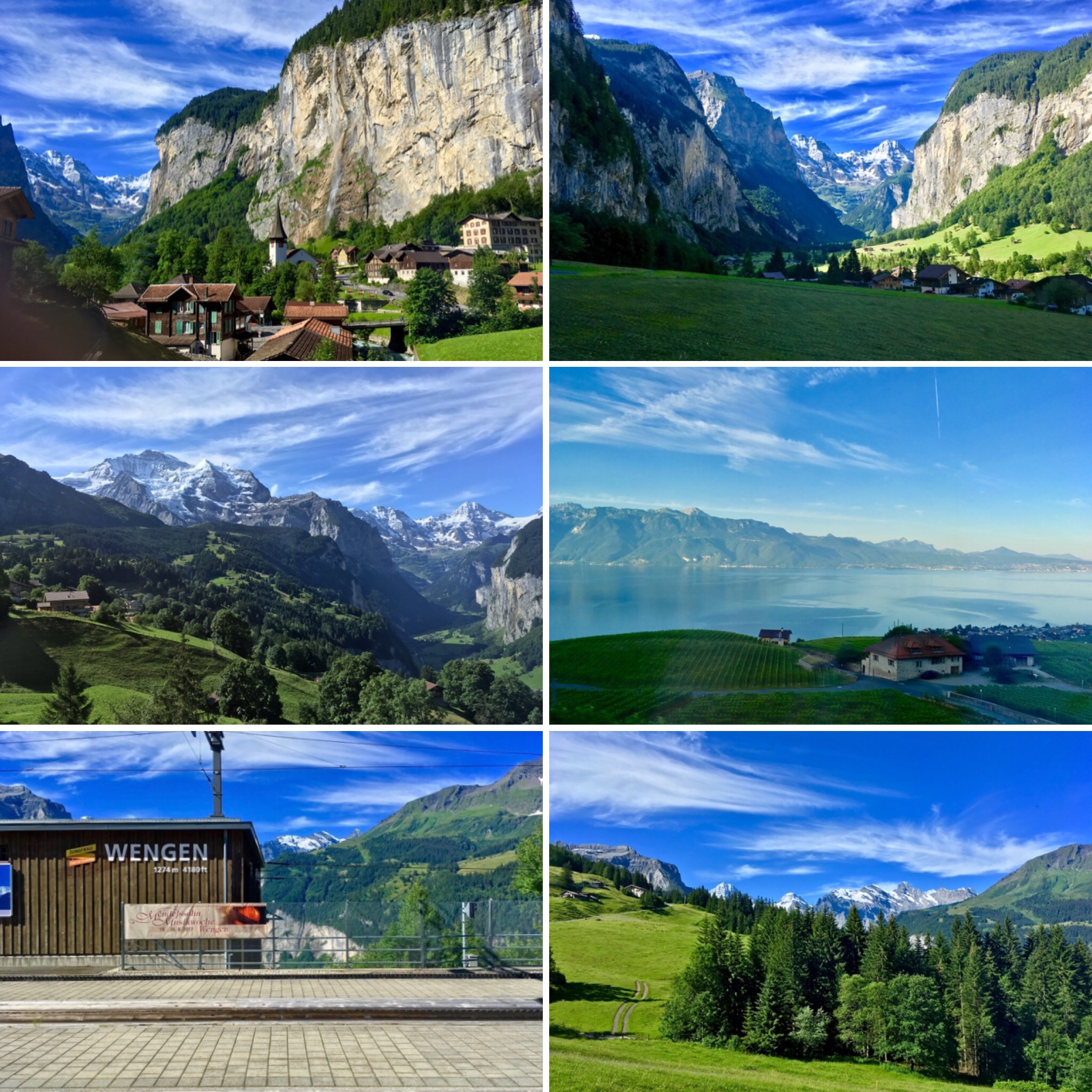 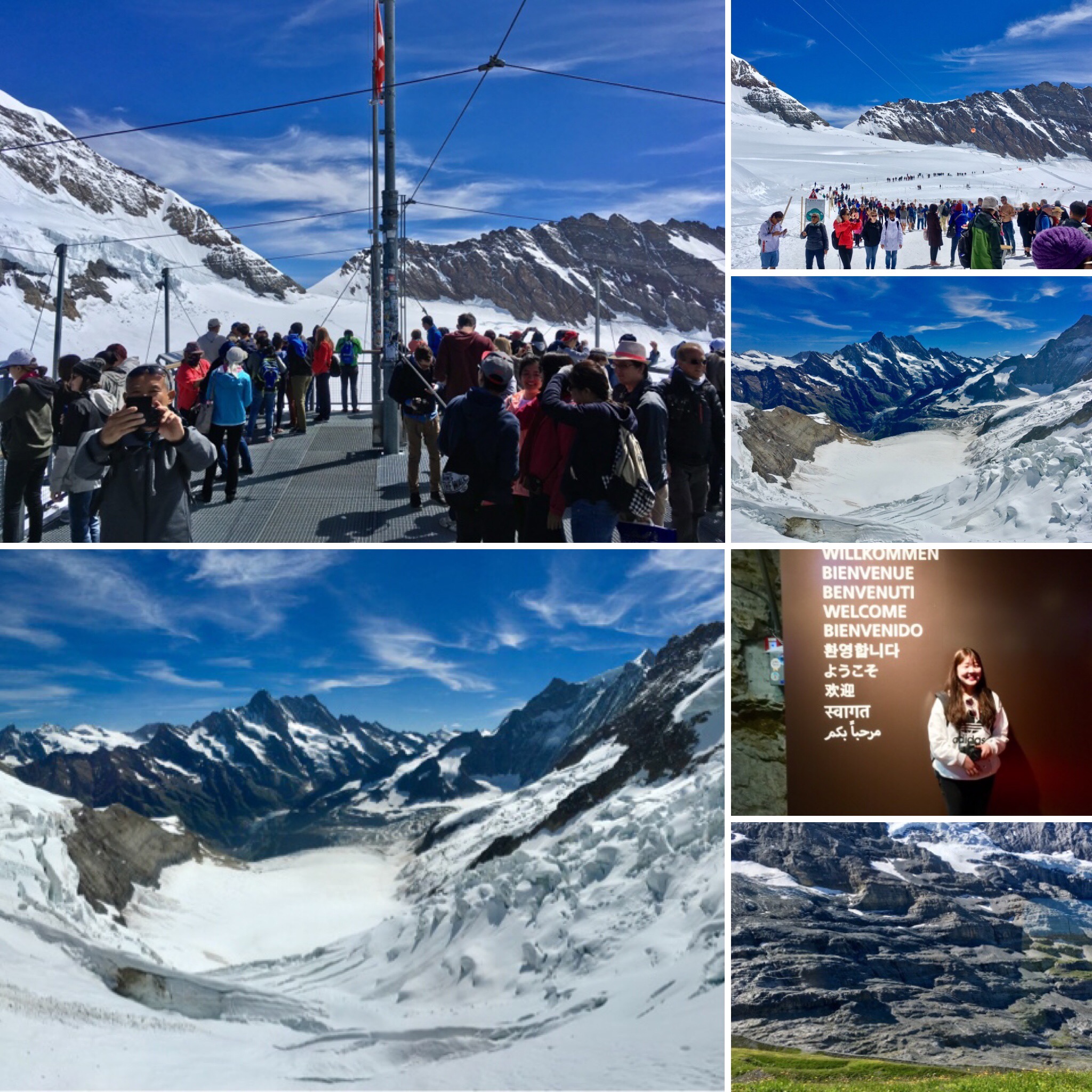 Even on the top of the mountain it was steamy under the sun, something I’d never encountered before and found quite strange. It was so warm some people took their shirts off to pose in front of the snow. Quite surreal. It was of course different when we got back into the mountain, it was absolutely freezing at times. Although it took a pretty penny to get there, the trains were absolutely crowded as were many parts of the mountain so much so I hoped deep down, beautiful as it was, that we weren’t taxing the whole area that much. After we were done exploring and documenting the occasion for facebook posterity it was time for a decent leisurely lunch and to face the travel madness once again, this time  in the opposite direction. 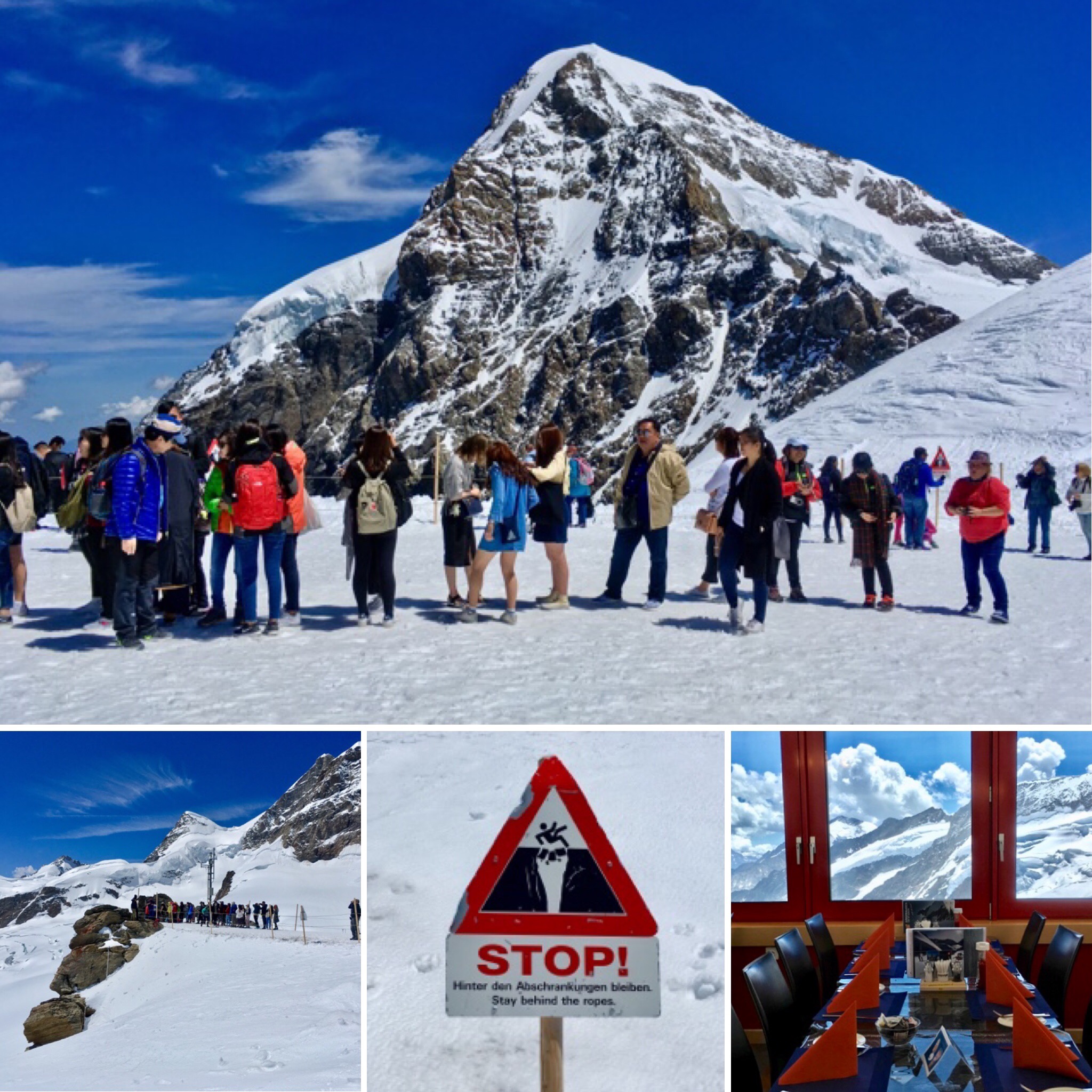 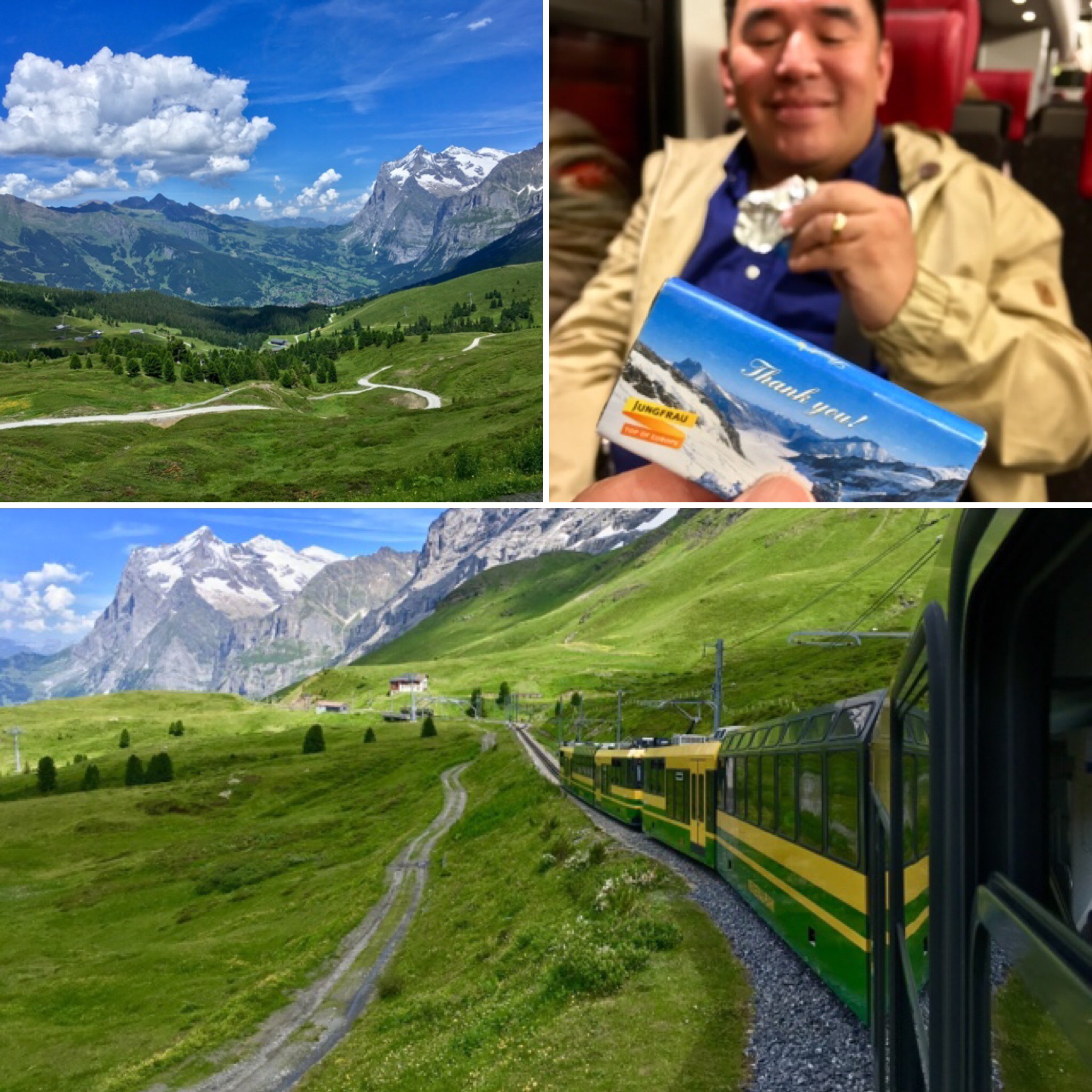 It was another pleasure-filled day with lots of walking and discovery, but once we were on our third train on the way back I was completely spent I couldn’t talk anymore. We were back in summer mode as we came closer to normal ground level and it was giving me a headache apart from exhaustion. It’s going to be an early night tonight, and hopefully a long night’s sleep because tomorrow the fun continues.