It’s my first morning in Switzerland and there’s nothing like sticker shock from a CHF 4,90 small cup of cappucci bought from a normal train station coffee-bakery to remind me how literally precious living is in Switzerland. It makes me very curious now how much Starbucks would cost – it’s probably in the double digits god forbid. 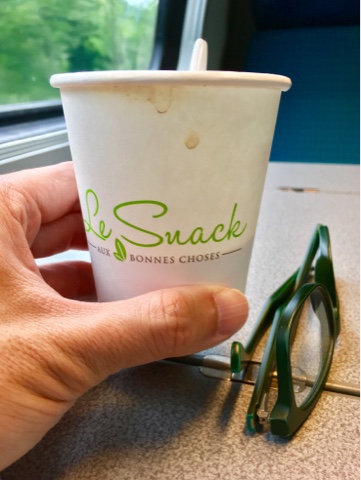 After that caffeine-induced wake-up call, we waited a bit at the train station for Gino and Jessica, Anthony’s friends turned locals and our de facto guides to lead us to our next destination. It turned out that we were headed to the capital, Bern, a place I would most likely have passed on if asked where I wanted to go. The skies were dark and gray when we left the hotel and it was raining quite hard by the time we were on the train which meant that our prospects were suddenly rather limited. So by default our first stop was a museum, which turned out to be a rich and surprising one at that.

Famous names like Klimt, Munch, Chagall, and Matisse were represented as well as a ton of Picassos , an artist I can never wrap my head around. Except perhaps for Guernica, all his works I’ve seen have failed to induce anything but curiosity and annoyance – never a good sign when you want to be appreciated. But what really caught my eye and a piece that made me wish I could have it hanging on my living room wall is a beautiful portrait by an Albert Anker of a young girl who seemed to be bathed in a pure golden light. She carried a huge loaf of bread on one arm and a basket in the other, looking like she just came from the market on her way back to mother – it was simple and elaborate all at once.
The Kunst Museum Bern was a terrific start in getting to know Switzerland’s capital, maybe the rain isn’t too bad at all. 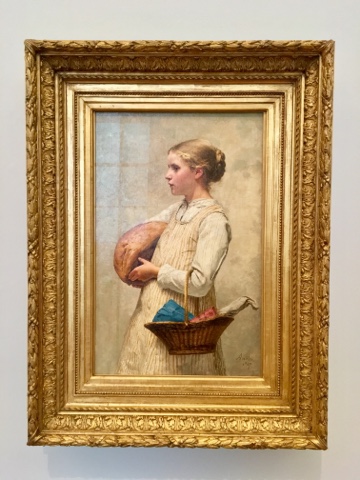