There was a running joke in our group about Vevey being a secret highlight of Switzerland, a below the radar attraction that puts everything else in second place. I wouldn’t go so far as that but it did prove to be beautiful – a word I’ve already overused on this second day of our trip – and even more importantly, memorable for how fun it was. The giant fork thrust into the placid lake as if saying it’s ‘done!’, the rotating stools drilled into the beach boulders that felt like an episode of ANTM, and the possibly up to scale representation of Charlie Chaplin who I also learned called Vevey home once he was exiled from the States. Not a shabby place to retire at all so good for him. After enough goofing around, a short 50 meter walk away and within view of the waterside promenade was our dinner for the night – a well-deserved large oven-baked two-flavor pizza and a couple of just the right touch mojitos. Given the breathtaking surroundings we were in and the fairly ideal weather that evening, it was one of the best pizza meals I’ve ever had.
Vevey may not be the highlight of Switzerland – that’s something I can judge more evenly after two weeks – but I can frankly say it has been a highlight of the trip so far. 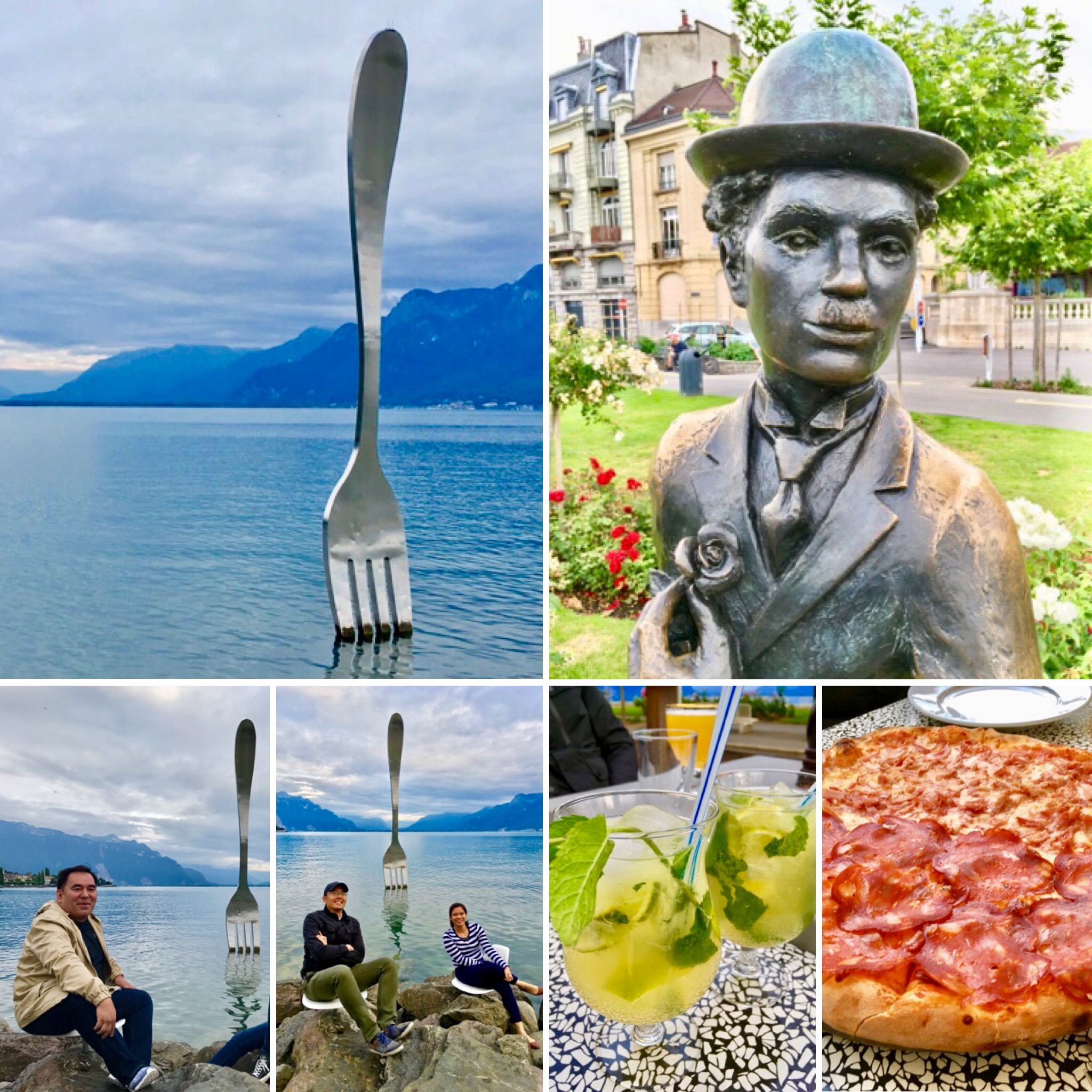