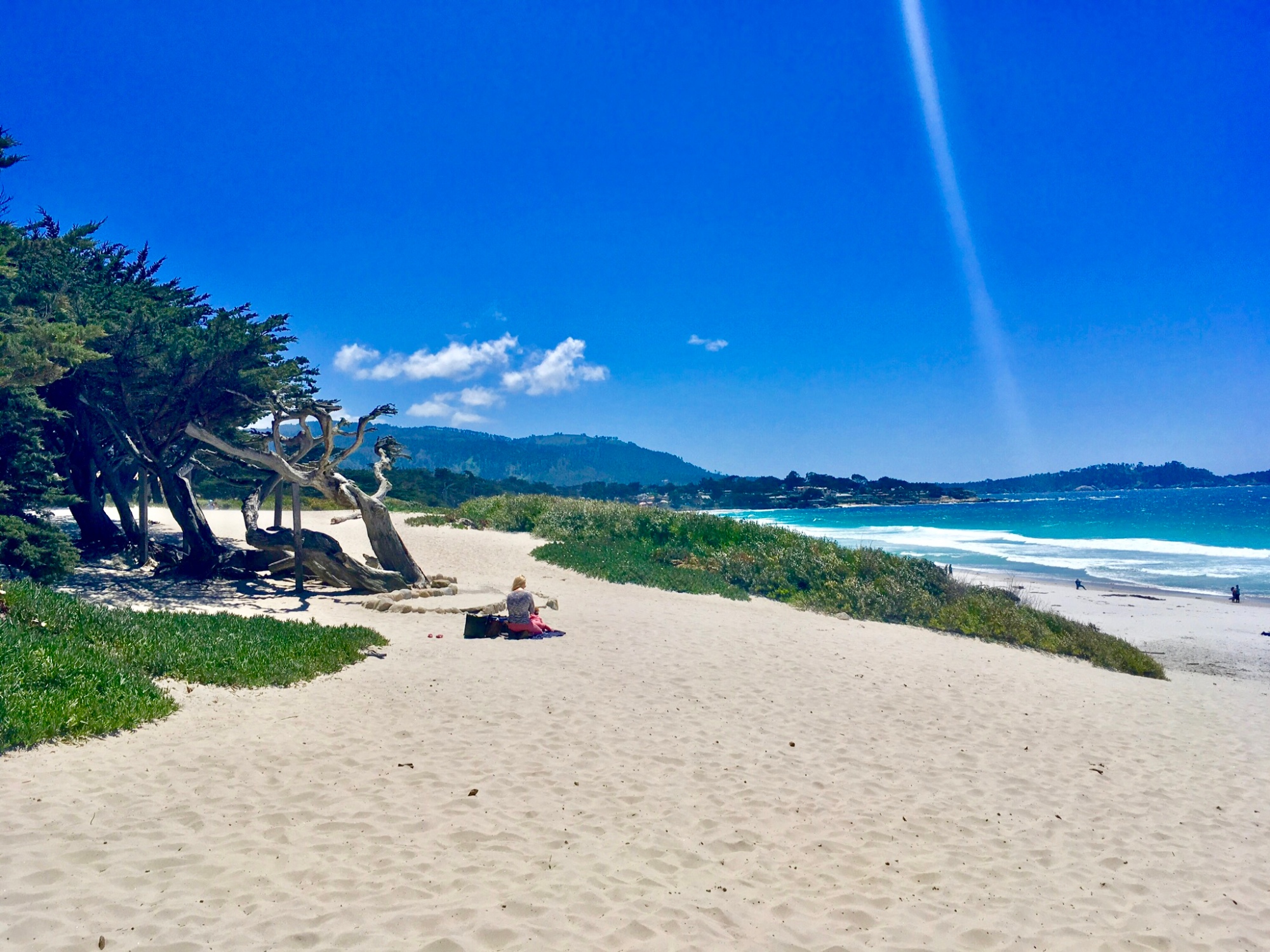 I’m pretty sure I’d been in Carmel before and have vague memories of a flower-covered beach pathway, but I’m beginning to think it may have been someplace else. In any case, I made sure we stopped by on the way from Elk Grove to the Central Coast, which I think Teko had forgotten about since he balked at the driving time – even if I’d mentioned it several times before and showed the itinerary I painstakingly made months before our trip!

When we reached Carmel after an uneventful 2.5 hours’ drive, we were able to quickly park and have a walk around the main commercial strip full of galleries, inns, boutiques, and anything that sold stuff to really rich people, including a standalone Coach store, Tiffany’s, and Sotheby’s. For such a small town, that said volumes. It wasn’t overly intimidating though, there were even a few smiles from passing strangers and at Portabella, the restaurant we ended up having our much-awaited late lunch at, were friendly enough. The main attraction I’d have to say was the pristine white sand beach only minutes away, with it’s amazing blue waters and wind carved trees. It was a sight to see and made the entire drive well worth the detour.
We were lucky again with the weather today, and I can already count the days till our holiday is over. I hope this good weather lasts till the very end. 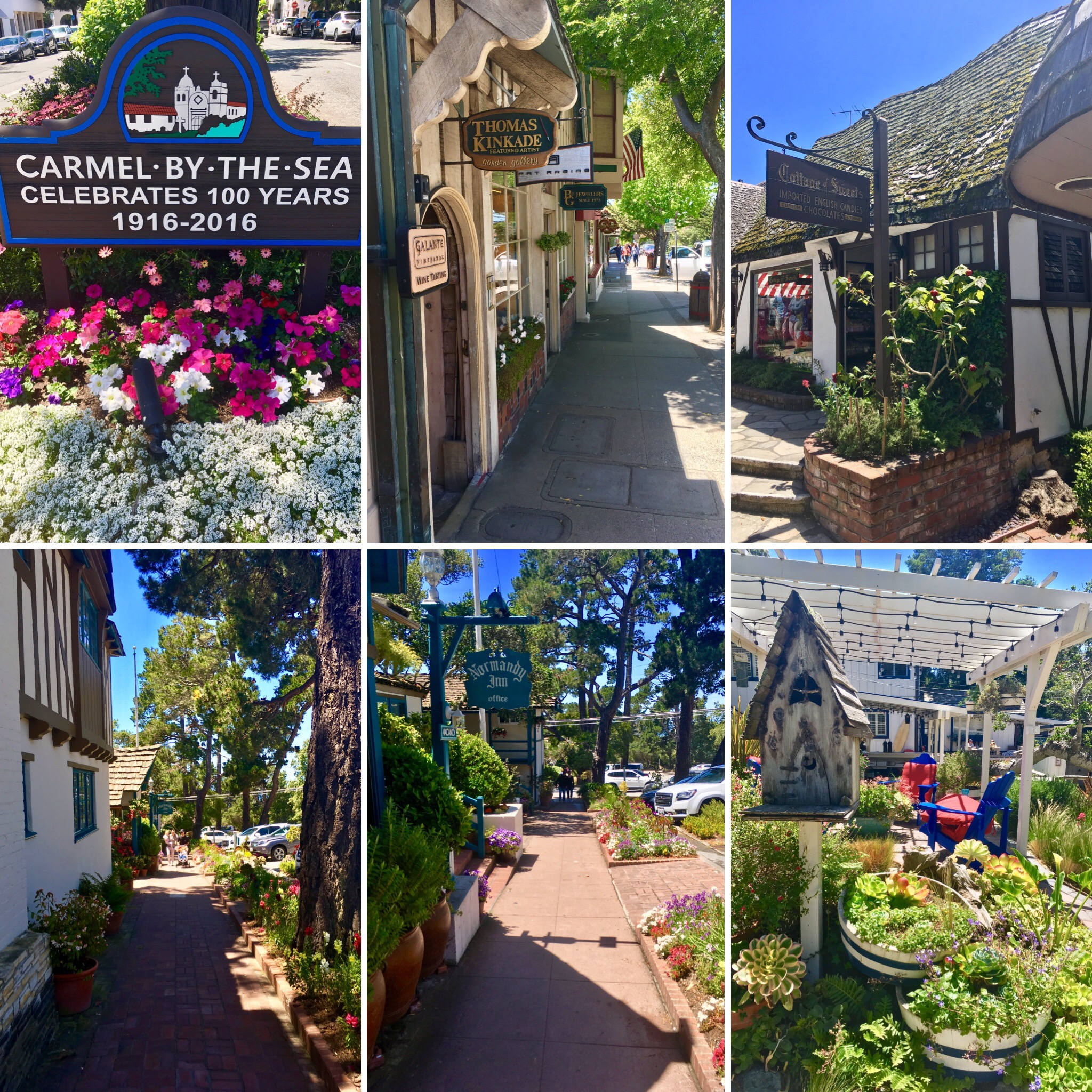 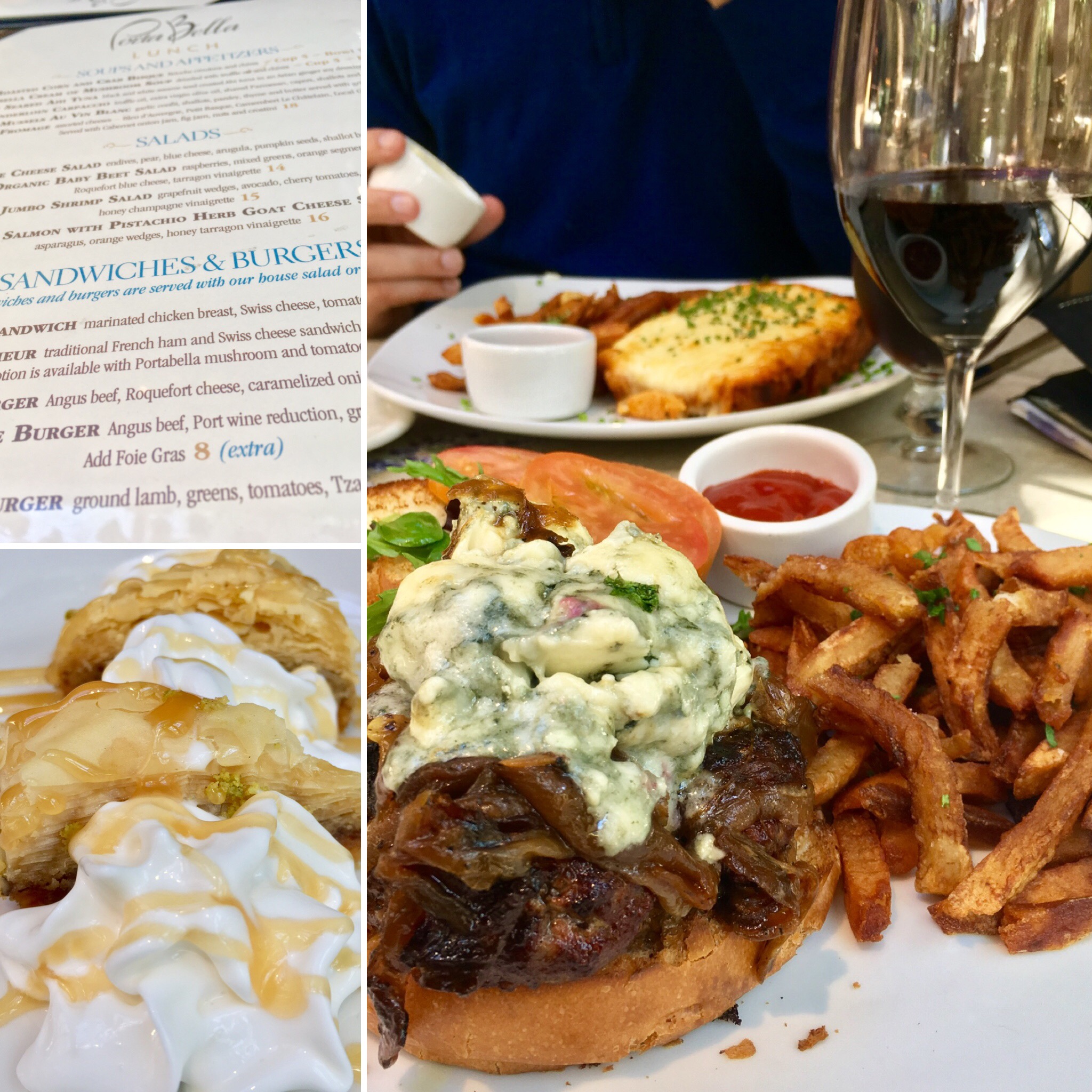