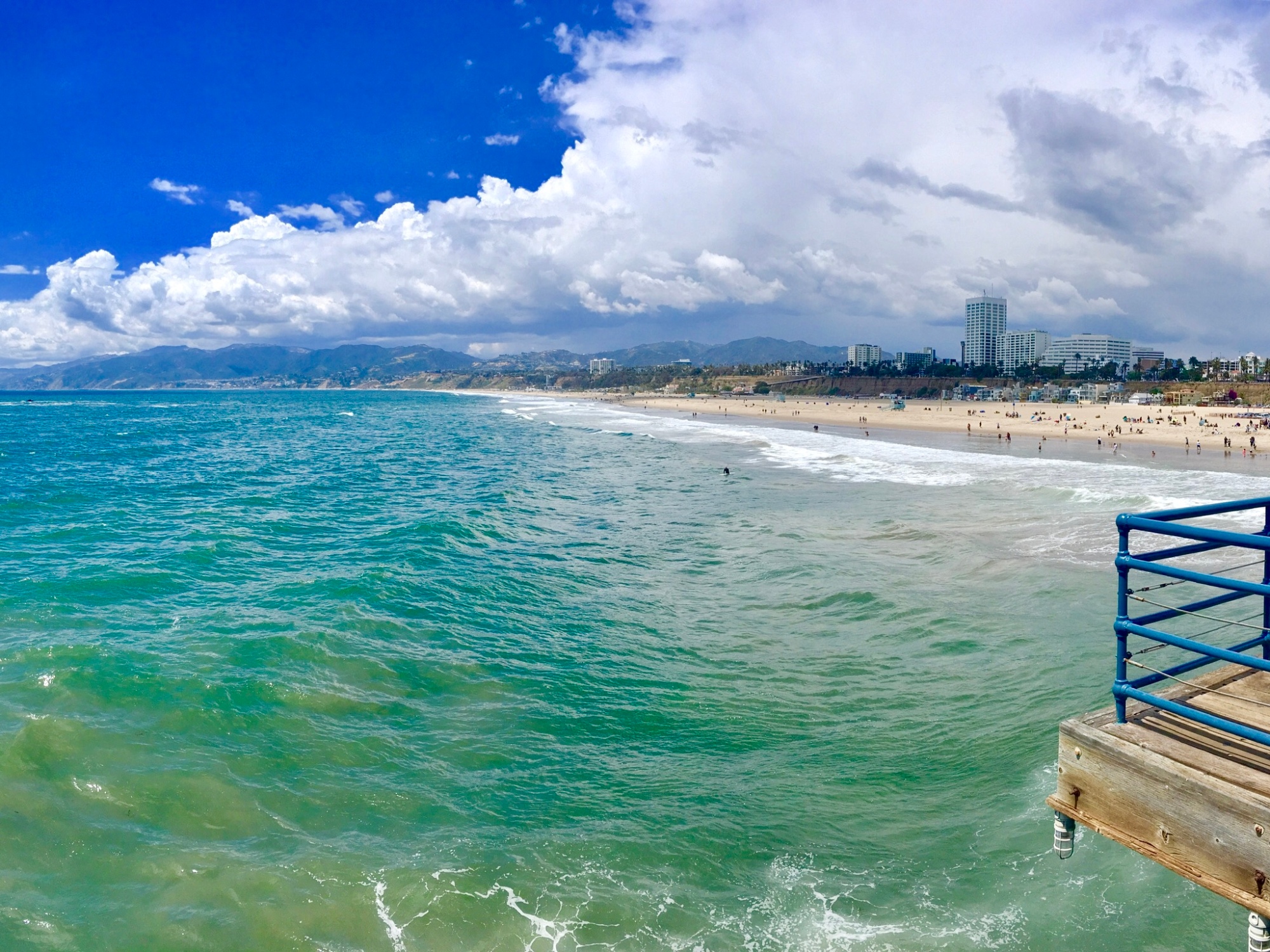 Rating: 3 out of 5.
It was probably the worst time to visit but Sunday afternoon was all the time we had to take in the sites, including a rough plan to stop by Santa Monica’s famous pier and maybe Malibu. It actually almost all went pear-shaped as another misunderstanding between me and Teko erupted during the ride there just after we’d left Newport, brought on by my lack of patience and sudden shortness to his repeating questions about where to go. I feel I’ve come a long way with my temperament but sadly it’s still a challenge to keep even tempered even after 9 years together. In any case, we reached the pier greeted by a mass of people that I was sure would make matters worse but after talking things over – in front of my eldest sister at that – we patched things up and moved on to the site seeing business at hand.
The pier itself was only mildly special but was fairly well kept and had a bit of character thrown in. Saw the usual hawkers and street performers and shops carrying nautical themes here and there, along with some theme park rides that looked to be doing brisk business. The fact that this is where I-66 completely ends makes it interesting but the views of the shore and surrounding mountains were perfectly Southern California, and seeing them from that vantage point was well-worth the stopover. After eating our second meal of the day at a tourist dive-y Mexican place called Mariasol at the end of the pier – we ended up not even close to eating everything on the presidential platter of nachos, taquitos, and whatnots – we walked back to the car through the throngs of humanity and street bussers, and bid goodbye to the pier, off to our next stop. 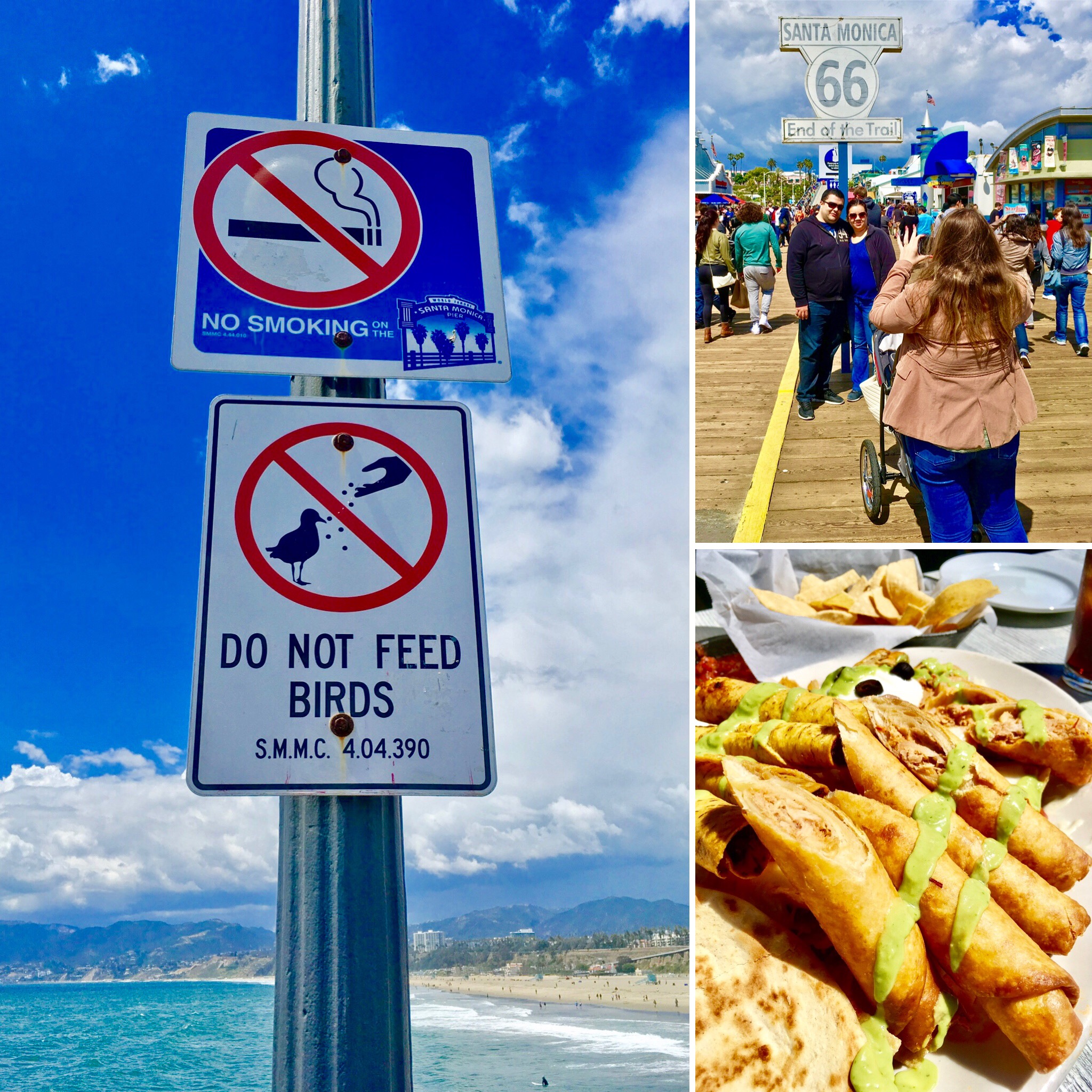