The place used to be called Ron Blaauw, a two star establishment that was my first Michelin experience in Amsterdam. Now it’s morphed into a gastrobar that kept its Michelin status – less one star – and served €15 plates of anything from seafood to burgers. I’d wanted to try it for a while now but only got the chance yesterday with a colleague, Emmy, after a failed attempt at another brunch place in the same neighborhood. Lucky we did. 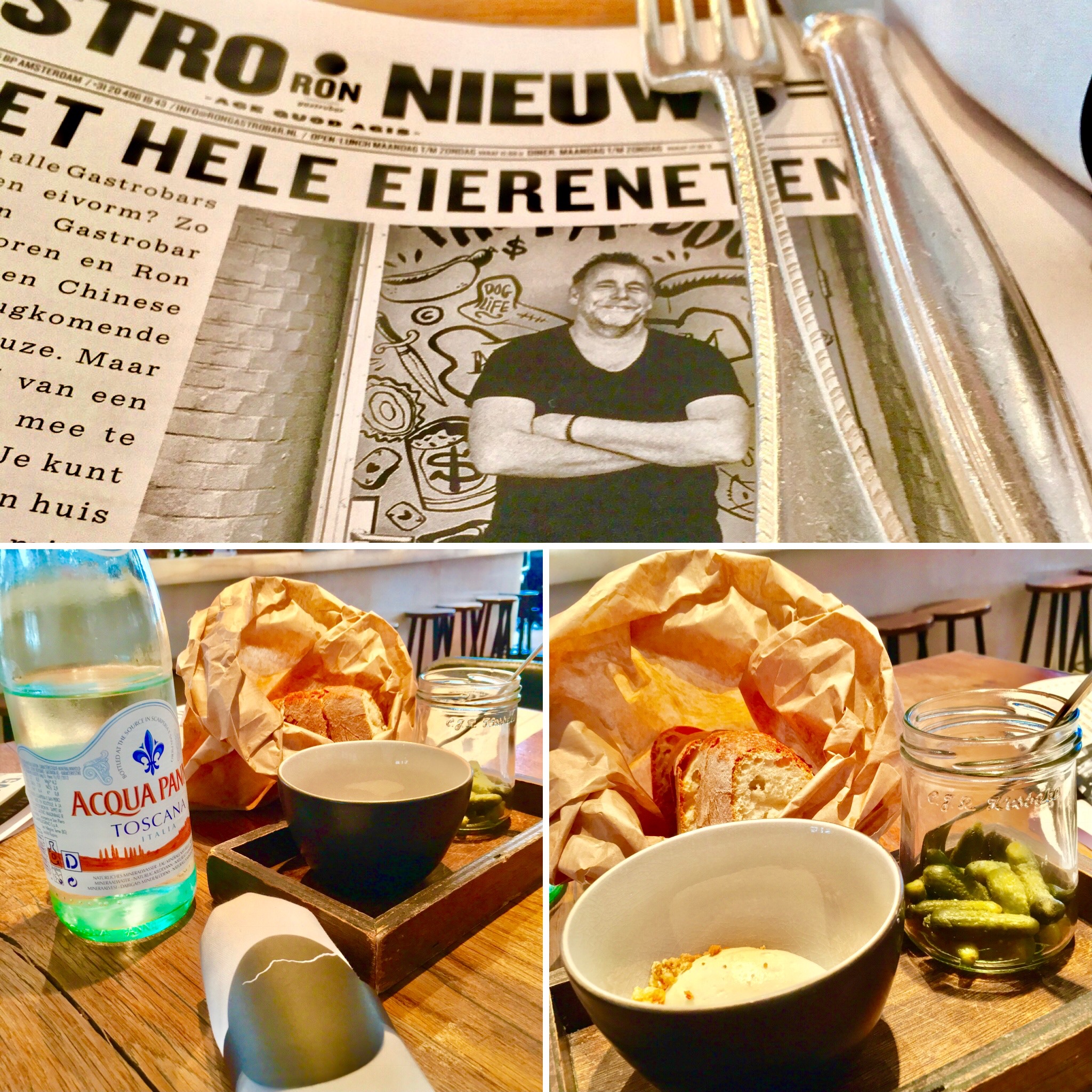 The other place we meant to go to, Dignita, was a typically small, neighborhood level restaurant that proved to be too popular for its own good – along the same lines as Bakers and Roasters or Greenwoods – an absolute turn-off on occasions when you want to just enjoy a good meal without having to overhear your neighbors’ conversations from two tables away. Ron Gastrobar was far from this case, it reminded me of restaurants in DC, and in a good way. While the negroni was perfect, the burger, undoubtedly delicious, did lean on the small side, almost laughably to a slider level. Despite that I do hope to come back and try some others on the menu, and with luck sooner rather than later.