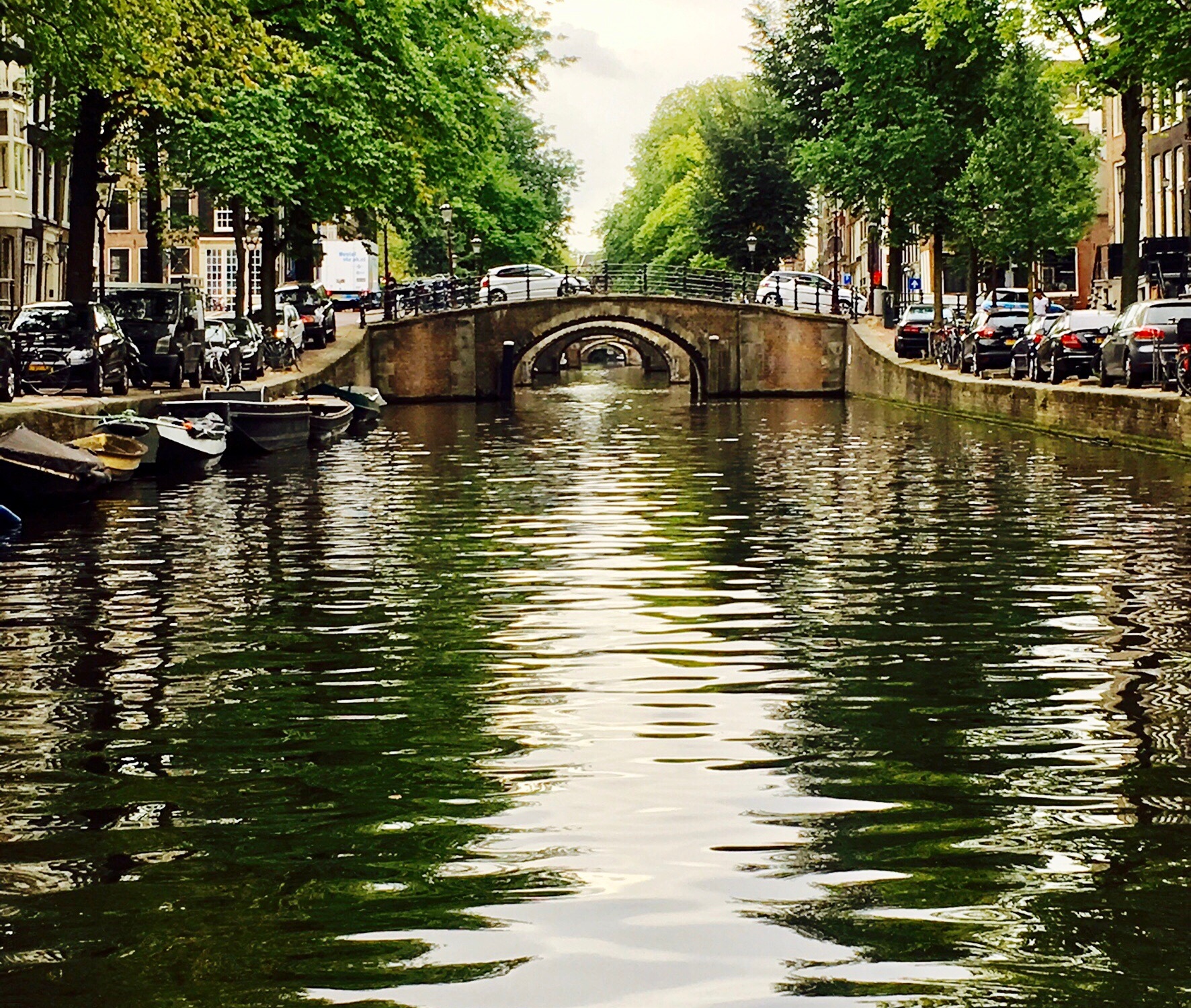 I got to ride on a canal boat today and it felt luxuriously, unexpectedly cathartic.

Our first attempt to go on the canals was thwarted by our being late for the party – the first boat we wanted left a few minutes before we could buy our tickets, and would’ve been an hour-long wait for the next one. From that boat quay by Anne Frank’s house, we walked all the way to the Rijksmuseum hoping to see the Van Gogh Museum, veering by the Heineken Museum where we came upon our second chance to cruise. After a mere five minutes, wonder of wonders we ended up being the only passengers on an open-air sloep that made me feel like I won the canal boat lottery. Rather than be part of a small, intimate group, our ride turned into a private tour with its own personal guide who wasn’t shy about what he knew and thought about Amsterdam, geo-politics, and philosophical tenets, some of which would probably have been better left unsaid.  It was an unusual but refreshing take on an activity I’d done more times than I can count and one that gave me a new, more personal perspective of the waters that give Amsterdam a lot of character. It certainly gave me a fresh idea on a better way to enjoy this experience with others I care about in the future. 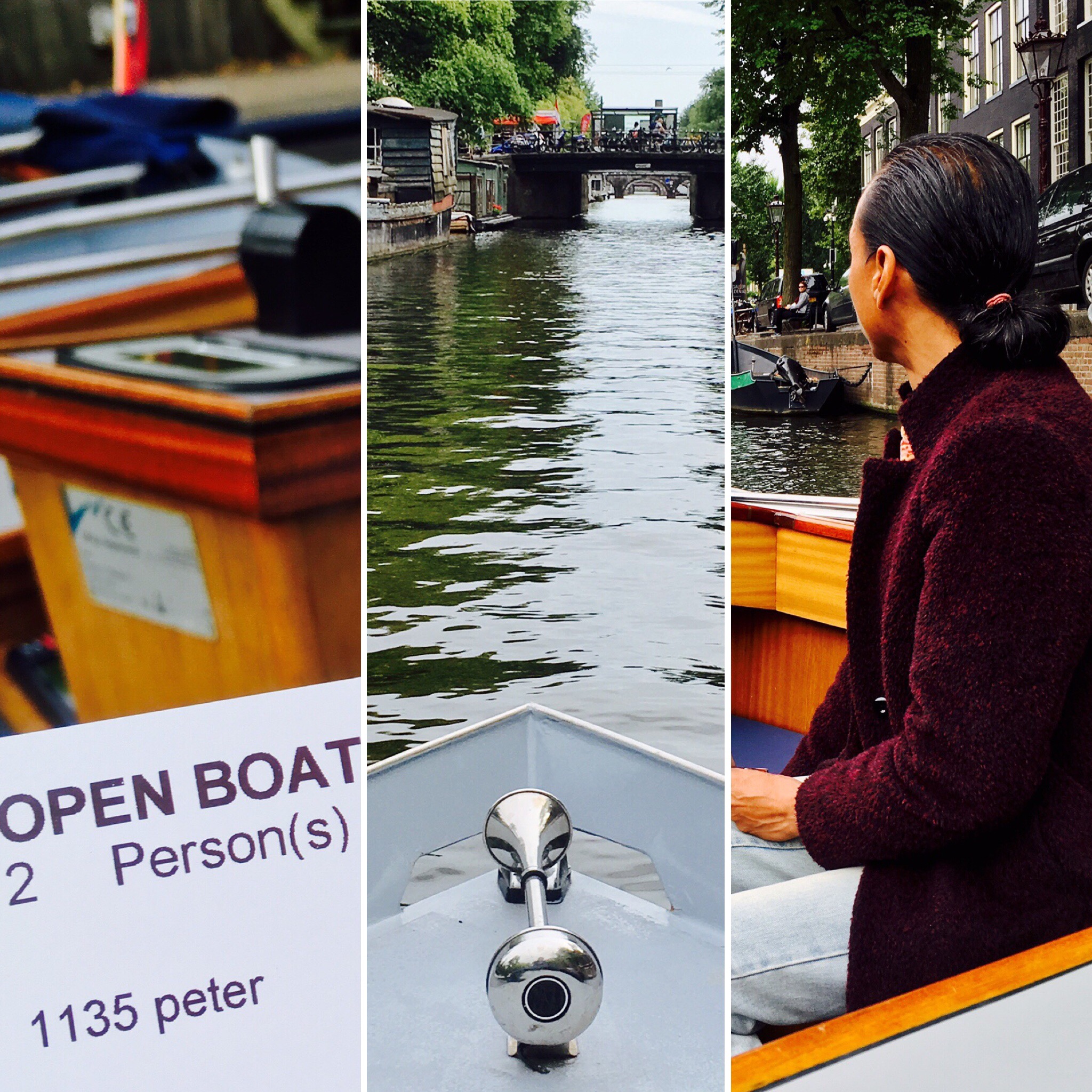