It was pretty pricey petit dejeuner.

Upon a colleague’s suggestion, Cafe de Flore quickly got listed in my suddenly active Paris to-do list. It was definitely worth a visit I was told. It was along the same lines as Le Deux Magots that coincidentally was right next door, and one of the more famous cafés in a city that has a café in almost every corner. Thinking I had no choice but to do it the next time I was in town, a window of opportunity opened up this morning as we were contemplating breakfast. Teko still had extra bus tickets that would have gone to waste and the bus to go directly there practically stopped at our hotel’s front door so it seemed the perfect option. A quick change and nine bus stops later we were sitting in a banquette-side table looking over their menu. I could already tell that their more famous neighbor had one over them in the interior decor department, and if our elderly garçon was typical, apparently so was the service. Their breakfast menu could have been lifted from an office cafeteria even Macdonald’s had more options, so overall it was quite underwhelming. After ordering a cappuccino, an orange juice, a croissant, and three regular pastries – apparently the confitures and miel were additional – the damage totalled €40, a princely sum for a simple breakfast if I ever saw one. I’ve spent more on some other occasions but at least those included eggs! Oh well. 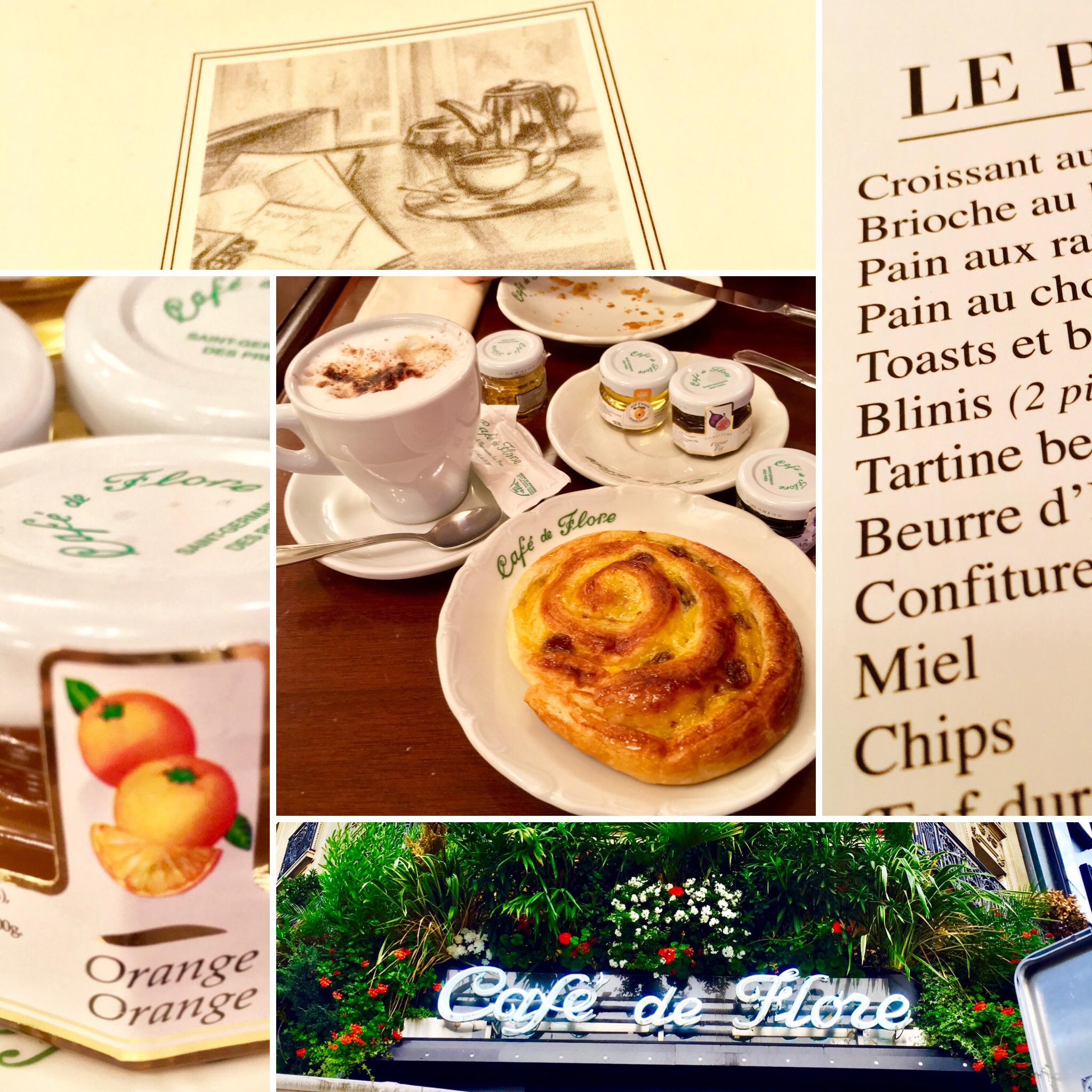