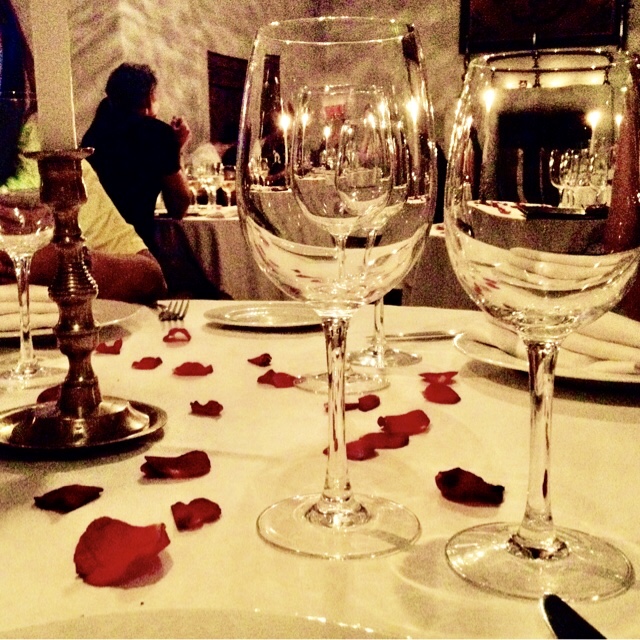 Our last dinner in Marrakech, on the very last night of our 2 1/2 week holiday could not have happened in more dramatic, hunger games fashion.

While our riad was unfailingly satisfying, I found it strange that any transport we took could only go as far as 200 meters away from the hotel. I noticed cars parked on our street so it wasn’t an issue of space. This being Morocco where it’s every man for himself, where people rarely use sidewalks and red lights are only suggestions, I’m almost sure it’s not because of any local regulation. Since we had arranged pick-up to go to our restaurant for dinner, consequently we had to walk the distance – with a hotel escort – to meet the taxi and be introduced to our driver for the evening.

As we drove through the madness in the streets, given the lack of traffic enforcement and any semblance of structure, I was amazed that we didn’t hit anything nor anyone. If someone asked me what I remembered about the ride, I’d have to say it was all a hazy, smokey, scooter sputtering memory. After a while we reached an unidentified corner with no visible restaurant in sight. Instead, we were ushered out only to be met by two lanky escorts in baggy shirts and basketball shorts who told us they would be walking us to the restaurant. At that point, our driver with only some minor sense of urgency gave us his business card and told us to call him when we were done. Silent alarm bells started pinging in my head at that point but there was little I could reason as to why we shouldn’t go. The restaurant after all was well recommended by our riad’s English proprietor in such glowing terms and reviews of the restaurant, though they didn’t give a clue that it was hard to get to, were mostly positive. We were basically hanging onto the word of a woman we met for five minutes at the riad – and on Tripadvisor. A quick hello to our escorts and we were soon led to an adventure we won’t soon forget.

What could have been just a few minutes of walking felt endless as we hiked along a dirty, smelly, at times pitch dark, maze-like pathway, scooters and motorcycles honking and zipping alongside us, past scruffy men sitting on the sidewalk taking sharp glances in our direction, teenagers talking loudly almost angrily, past children running around screaming, and silent women covered head to toe with only their eyes visible. With the sight of the occasional tourist who walked by – it was crystal clear who the tourists were, we may as well have had flashing strobe lights on our heads – we heaved a desperate sigh of relief that we weren’t entirely alone and hoped that should anything start to happen, they could attract attention first. Especially the Caucasian ones.

Thoughts of being randomly stabbed or possibly sold to a human smuggling ring – I blame the Taken movies for that – flashed constantly in my mind where, as I’d like to think I could still command a pretty penny, it’s more likely I’d be sold for scrap. Our initial slow meander escalated to Olympic-level power walking by the time we reached an archway leading to the restaurant, and my first thought at that point – my god it does exist! It was easily one of the most tense-filled moments in recent memory.

Finally being in the restaurant saw my anxiety leveling off and it wasn’t long before we started sharing how we felt about the ordeal. Looking around, the restaurant was almost to a fault incongruously beautiful, and relatively busy with other tourists – no locals at all in sight – and I began to wonder how they all got there, if they went through the same thing we just did, and why they were all so quiet. Sad to say, the appetite from some members of our group vanished and was replaced by a more pressing question – how would we ever make it back? 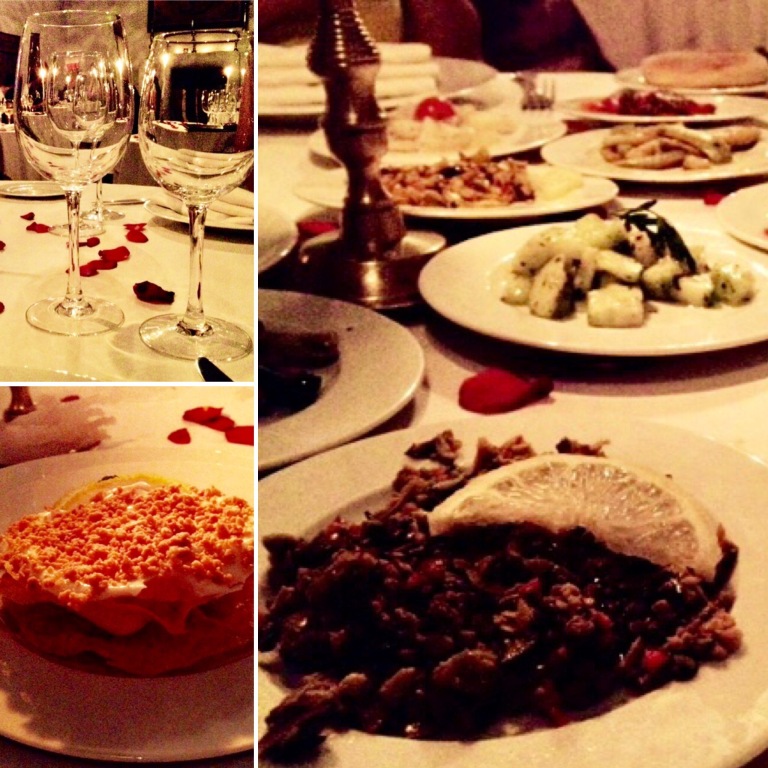 As time passed, the restaurant filled up more, became rowdier and a lot more relaxed. Once we felt like leaving we called our driver who confirmed he’d pick us up in 30 minutes at the same place he dropped us off. Lo and behold, to our pleasant surprise, when we exited the restaurant he was already there waiting for us, although we still had to trek the distance where he had to leave his van. The ride back to the riad was therapeutic, and after finding more humor out of the situation confirmed that we had lived to dine another day. Who knew eating out in Marrakech would be this exciting!