He said he’d do it sometime and that he did. My partner who was supposed to be enjoying his second weekend alone back in Amsterdam all of a sudden appeared during breakfast at our Barcelona hotel today. Not only was it a surprise, I was extremely happy to see him after over a week of absence. In the many two-week holidays I’d taken with Anthony over the years, he’d long talked of making a dramatic entrance at one of many points in our trip, much like an arch-villain making an appearance behind a newspaper or while possibly walking to us and introducing himself in the least expected moment. Unfortunately, his presence on our trip is limited to one night after which he’s back off to Amsterdam. Since like me he’d also never been to Barcelona, we made the most if it by taking the HOHO bus for as long as we could and to cover as much territory. Wish we could have a decent holiday together this year, schatje – you certainly deserve it. 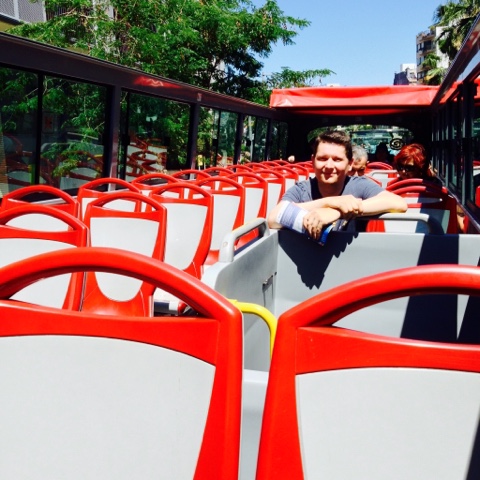