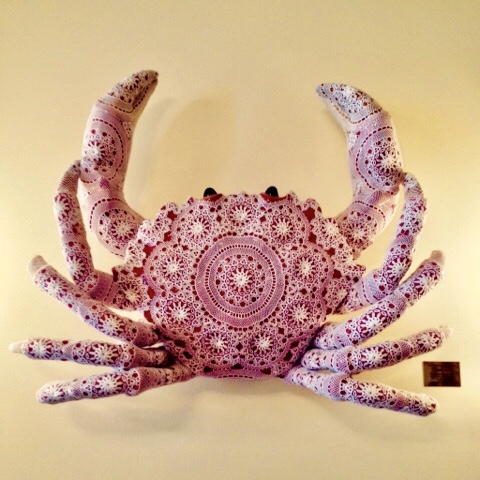 If a restaurant’s been able to get the name of the city they’re in for their establishment, that’s impressive.

We couldn’t get into Belcanto, and not even to Cantinho do Avillez, so it had to be the third option, which in this case may have deserved to be first anyway. Opting to sit indoors and under a lace-dressed crustacean, we had a very late lunch in what appeared to still be rush hour and ordered a bunch of appetizers to make do before dinner only a couple of hours later. Everything we had luckily turned out to be very good and which was typical of all we’ve had so far in Lisbon. Despite the increasing real estate around my waistline I’m really liking this city.