Rating: 3 out of 5.
For the first time in history, I found a local Mickey D’s that actually sold pancakes for breakfast. At first sight of the outdoor poster, I thought for a moment that it was a joke since, like a unicorn flying over a double rainbow, I’d never seen one in all the years I’ve lived here. Walking closer to the counter, lo and behold, there it was. Naturally, it was what I ended up getting. Never mind there weren’t any (fake) scrambled eggs or (soggy) bacon on the side – this isn’t the U.S. after all – but I would at least get to taste some pancakes after an awfully long time.
I couldn’t believe it when it finally got to our table. 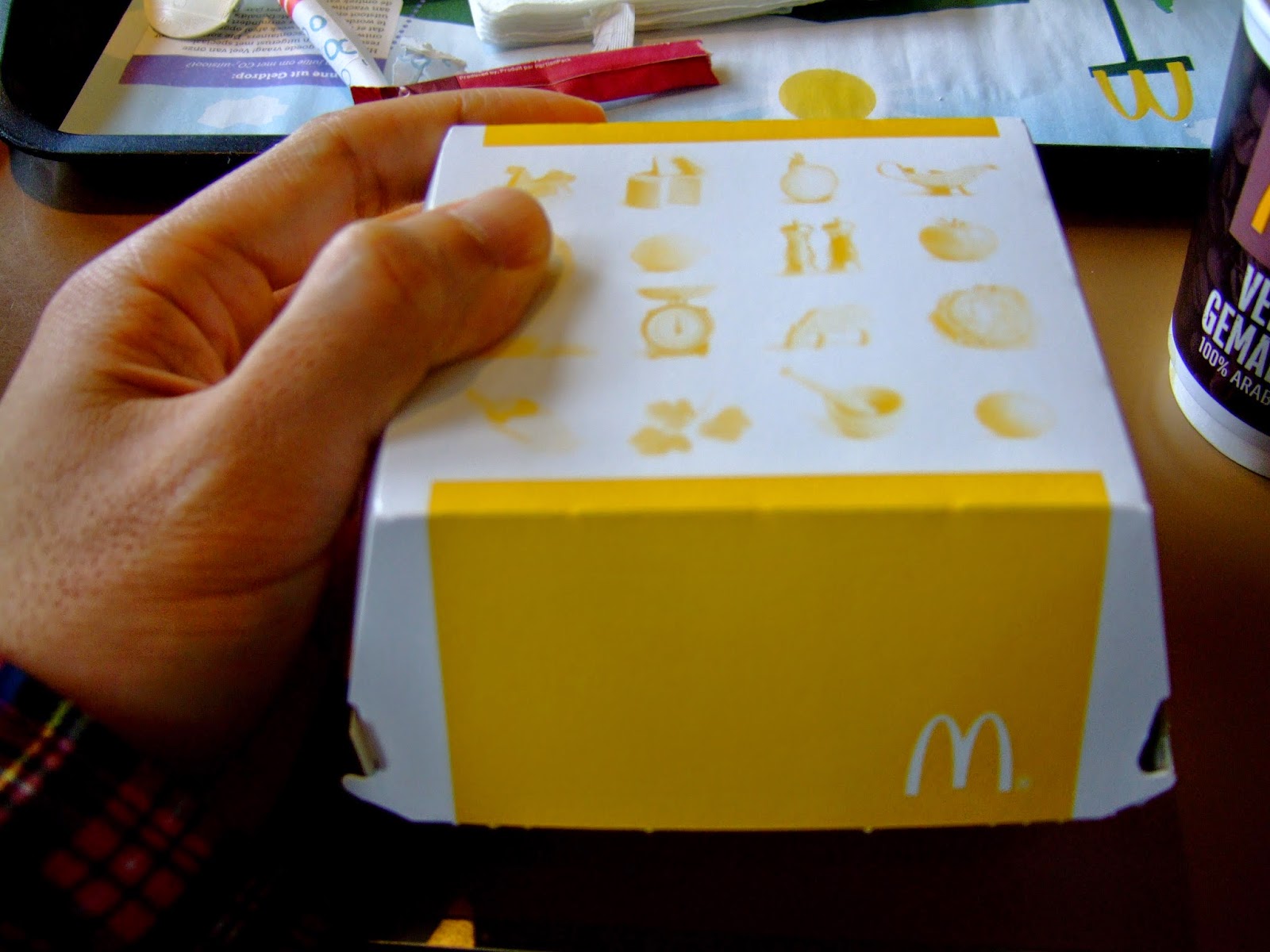 I thought they’d made a mistake and forgotten my order — but no, that was tragically not the case. As I peaked into the little clamshell of a box, I heaved a sigh of disbelief, felt a quick moment of exasperation, then soon after settled into acceptance that this is the Netherlands after all. The pancakes were literally the size of my palm.

I thought I’d order another one even before I started eating but I suddenly realized I had to see if I liked it first. After a couple pours of syrup and my first bite, happily, it tasted fine. The syrup was far from any American version I’d ever tasted but for €1.99 the whole package was satisfying enough. I have to say this has got to be the reason why not a lot of people here are falling over from cholesterol or heart problems, which is a good thing no doubt, but is it really too much to ask for regular pancakes!