Here’s to the power of low expectations.
After our trip to Zierikzee and Philippine, our wanderlust drove us across the border to one of the most surprising places I’ve seen in a long while. Looking back, it’s a shame how I never even gave a second thought to a city that in many ways is even better than Amsterdam. 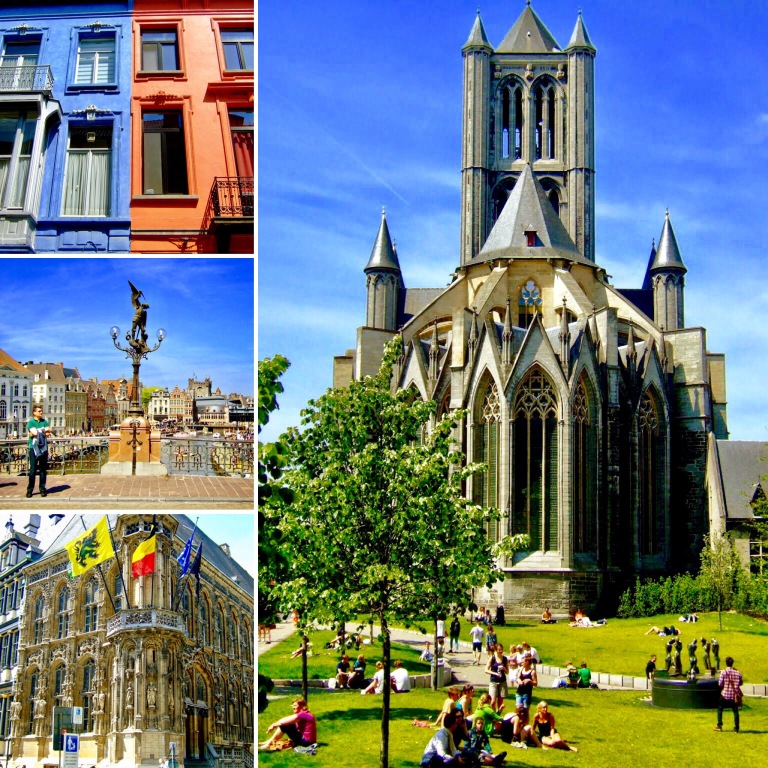 One thing I noticed about Belgian cities, sadly, was that while they have beautiful, historic centers and can even surpass Dutch cities from a visitor perspective – there’s more oomph, which I think comes from being part-French – the ways to get there are often quite crappy. There’s a marked difference felt soon after crossing the border – the roads are just generally poor, the surrounding vegetation frequently untended, and the street lamps left rusting with age. Ill-kept, overgrown, and just plain dirty. If Belgium paid more attention to things like these, it could easily make it a more attractive destination than the Netherlands.

Walking around the Graslei, which despite the crowds felt like the safest part of town, gave out this party atmosphere from the people sitting by the quays and from the boats on the canal. Not surprisingly, I felt a Copenhagen vibe, reminding me a lot of our times by the Nyhavn. It was probably the best part of old town, and I wish I’d spent more time enjoying the atmosphere and energy.

Thanks to my friend, Lena, who sometime back told me it was worth a visit,  and while it may have seemed like a mini-version of The Amazing Race Belgium edition, I at least got to enjoy the jewel that is Ghent if even for a few hours. We drove home satisfied after a successful day playing the part I was made for. Tourist.

2 thoughts on “Three Hours In Ghent”