Crossing borders in Europe can be as simple as taking a small step forward. We were in the Dutch village of Baarle Nassau (or Belgian Baarle Hertog depending on what street we were on) to see one of the strangest towns in the country. 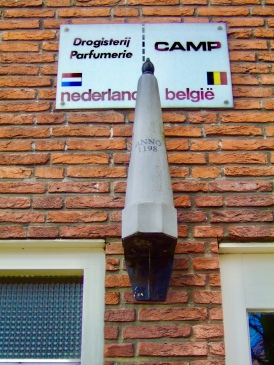 The entire village is within the borders of the Netherlands but there are blocks inside it that oddly belong to neighboring Belgium. Something to do with a Count and a wedding gift. I’d read about this place just the night before and was curious enough to bring it up with my partner. It was a good 90-minute drive, but as we had nothing on the agenda yesterday, we decided to go there for lunch and see what it was all about. It felt strangely unique to be standing on two countries at the same time. 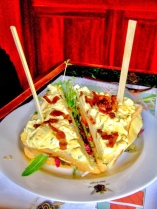 We ended up having lunch at Den Engel, which was funny because according to Tripadvisor it was the only restaurant in town. Since nearly each block was a different country from the next, it was quite possible I suppose. After lunch, there was little of interest to see, apart from the fact that I didn’t know if I was still in the Netherlands or if I was in Belgium. Not that there were any marked differences – the air smelled the same, the streets and streetlights didn’t change, neither did I see a single Belgian waffle store.

What did stand out was the price of gas – it was almost 30 cents per liter cheaper than what we were used to. Quite odd to think that the price of one commodity would have a marked difference just across an almost non-existent border but that’s Dutch taxes for you. Not one to complain, my partner filled up the tank before heading back home, with a few more extra Euros in our bank account.