Behold, the largest mall in all of Europe! Or at least that’s what their web site seemed to say. For a moment, it felt like an episode of ‘Little House in the Prairie Goes to the Big City’. 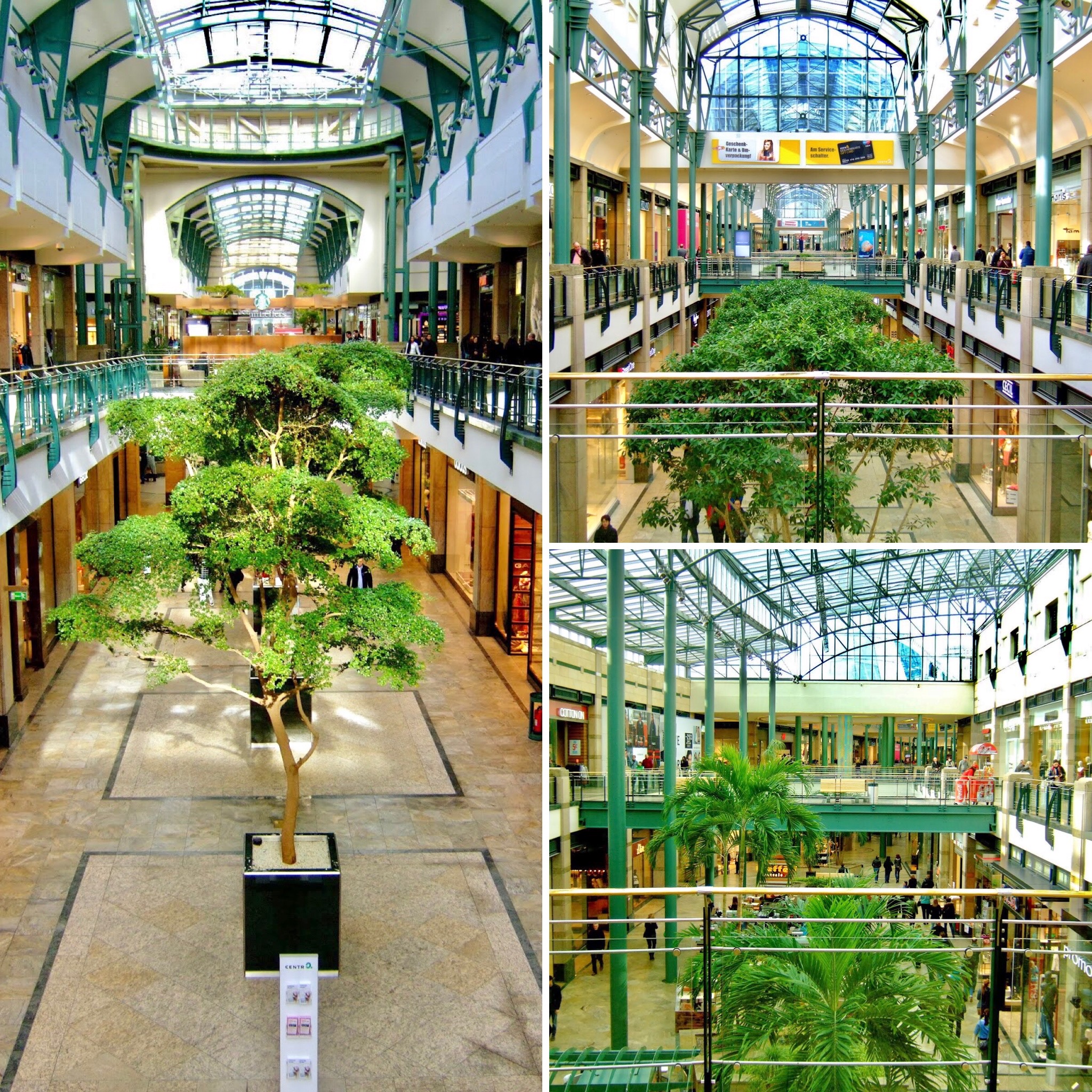 From our little town of Amsterdam, we crossed the border to Germany and after a two-hour drive landed in Oberhausen, a city which my German colleague said was ‘a very ugly place with nothing to see’. While that didn’t sound too promising and since the last time I’d been in a shopping mall was in Florida 14 months ago, we went anyway for a drive out of the country and wandered around an honest-to-goodness European mall. It did feel like I was back in America a bit, especially with all the familiar names in the food court.  It was a decent-looking mall and wasn’t particularly huge – as a matter of fact, it’s an average-sized mall by American standards (and a small one by Manila standards), but it certainly was better than anything in the entire Netherlands. Since most of the stores were already available in Amsterdam, we easily made the trek from one end of the building to the next in a little over an hour, stopping only once at Zara to get some ridiculously-cheap shirts on sale. As we were on a budget, not to mention quite early for most of the restaurants, we ended up in our favorite Scottish restaurant for breakfast. It’s still surprising finding out what the local stuff is – the chicken and bacon Mcmuffin was a particularly interesting combination. Moreover, what usually cost us 16 Euros for a Mickey D’s meal in the Netherlands was down to 10 Euros just across the border. Couple that with the Salvation Army-level cost of the clothes we bought and the two-hour trip practically paid for itself. We may just make this a quarterly tradition! 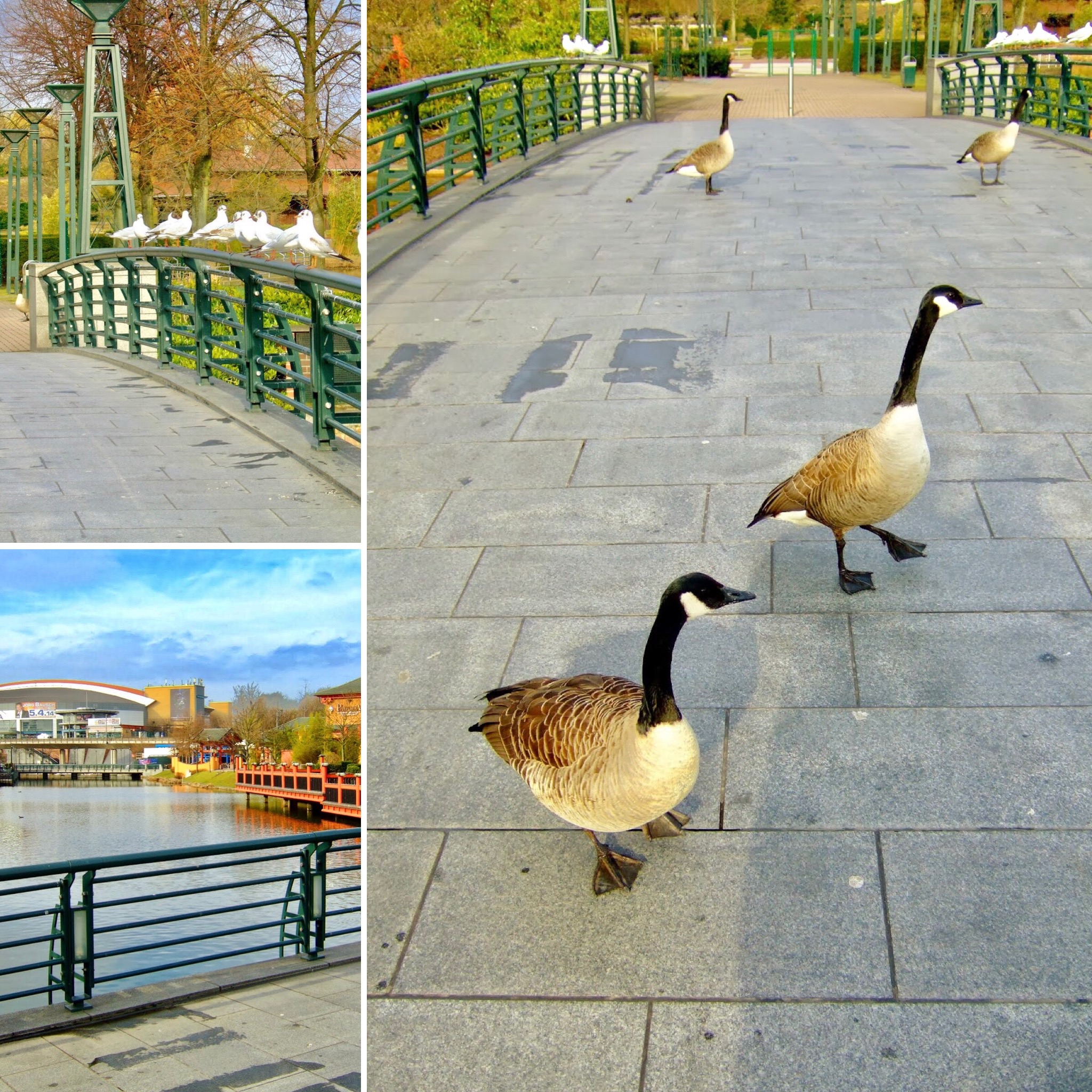 The geese over there sure were friendly. Being around people has definitely had its effect on the feeding patterns of the local wildlife – even the fish in the ponds knew to swim closer when we peeked over the railing. Perfect example of Darwin’s Law in action.

I think the claim that CentrO is the largest shopping and leisure center in Europe is a bit of a stretch if it didn’t include the surrounding park, arena, and mini-theme parks. While it did look huge on Google maps, in reality, we were able to walk around the area with energy to spare. The Sealife Adventure Park, where Paul the Octopus once lived in was closed, unfortunately – not that it would have made any difference since Teko would rather gouge his eyes out than spend money on it – and the Lego Discovery Center, despite its impressive Duplo-Giraffe out front, got terrible reviews online, so we ended up just soaking in the sun while walking around the area.
I did wonder what Pink had to do to earn a star on the prestigious 12,600-capacity Konig Pilsener Arena Walk of Fame. 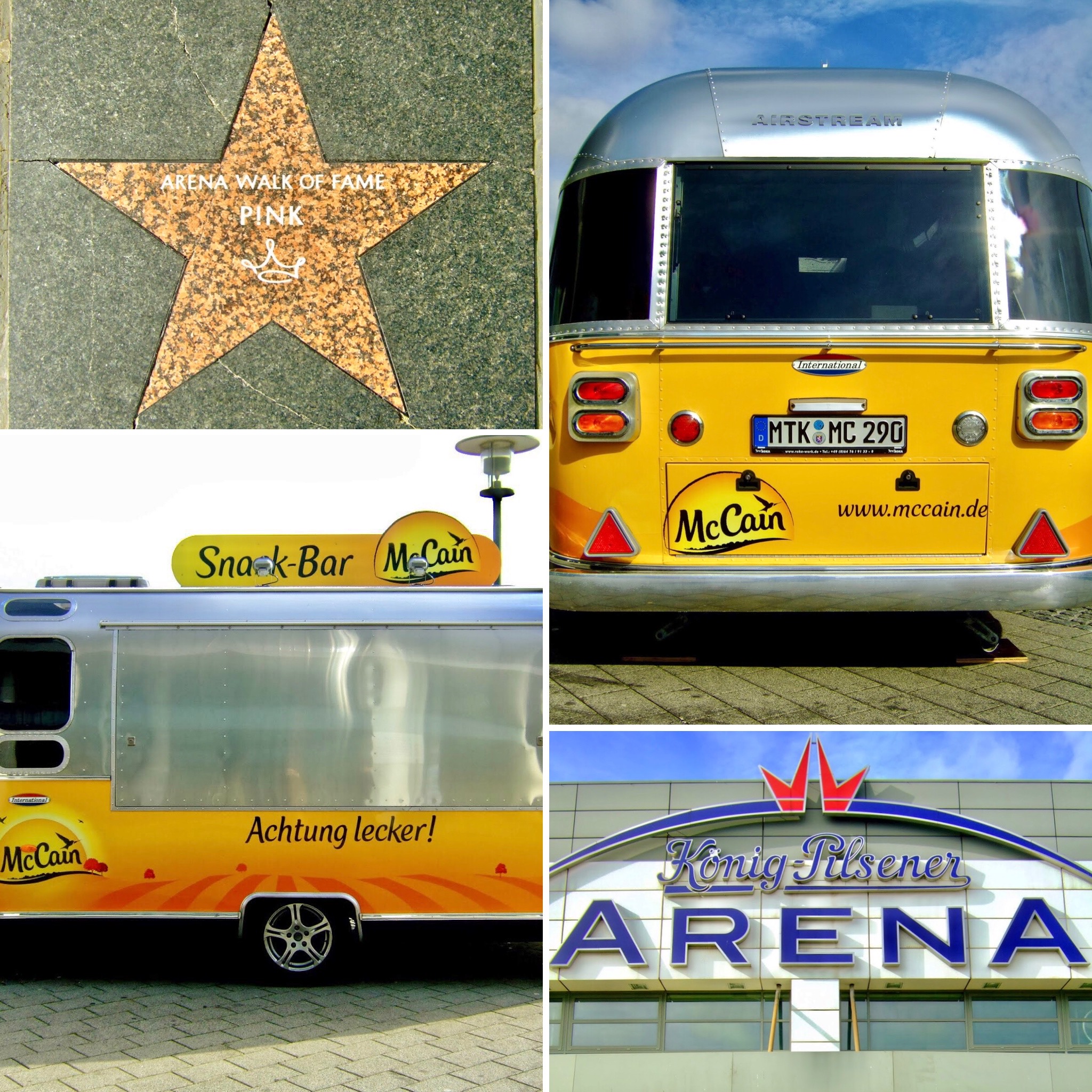 Achtung lecker, indeed. Luckily, the sun was out and about for most of the time we were there, I couldn’t have asked for better weather in these, hopefully, last few days of winter. Maybe the next time we’re in town, I can talk my partner into one of those theme parks. Because much like with the weather over here in the low countries, hope springs eternal.