We were at the Na’dor Boutique Bistro (a little pretentious, yeah?) and finally got to try some of the local cuisine. We had just finished with St. Stephen’s Basilica and were heading to lunch when it suddenly started drizzling. With head down, briskly walking hoping I wouldn’t get drenched, it was the first thing that caught my eye. More than the name, it was a chance for us to dry off and wait out the rain before heading back to the ‘palace’.

Before I left for this trip I got some food suggestions from Hungarians in my office and more than one of them said ‘chicken paprika’. I was a little amused as I’d never heard this before (the worldly man that I am) plus it didn’t sound like such an exotic enough dish to be so famous. But judge not lest je be judged so try it I did. Even as a child I’d already heard of hungarian goulash so that I just had to get. With images of peasant farmers in my mind it wasn’t lost on me that I would finally be able to see how this iconic dish tasted, in its country of origin of all places. 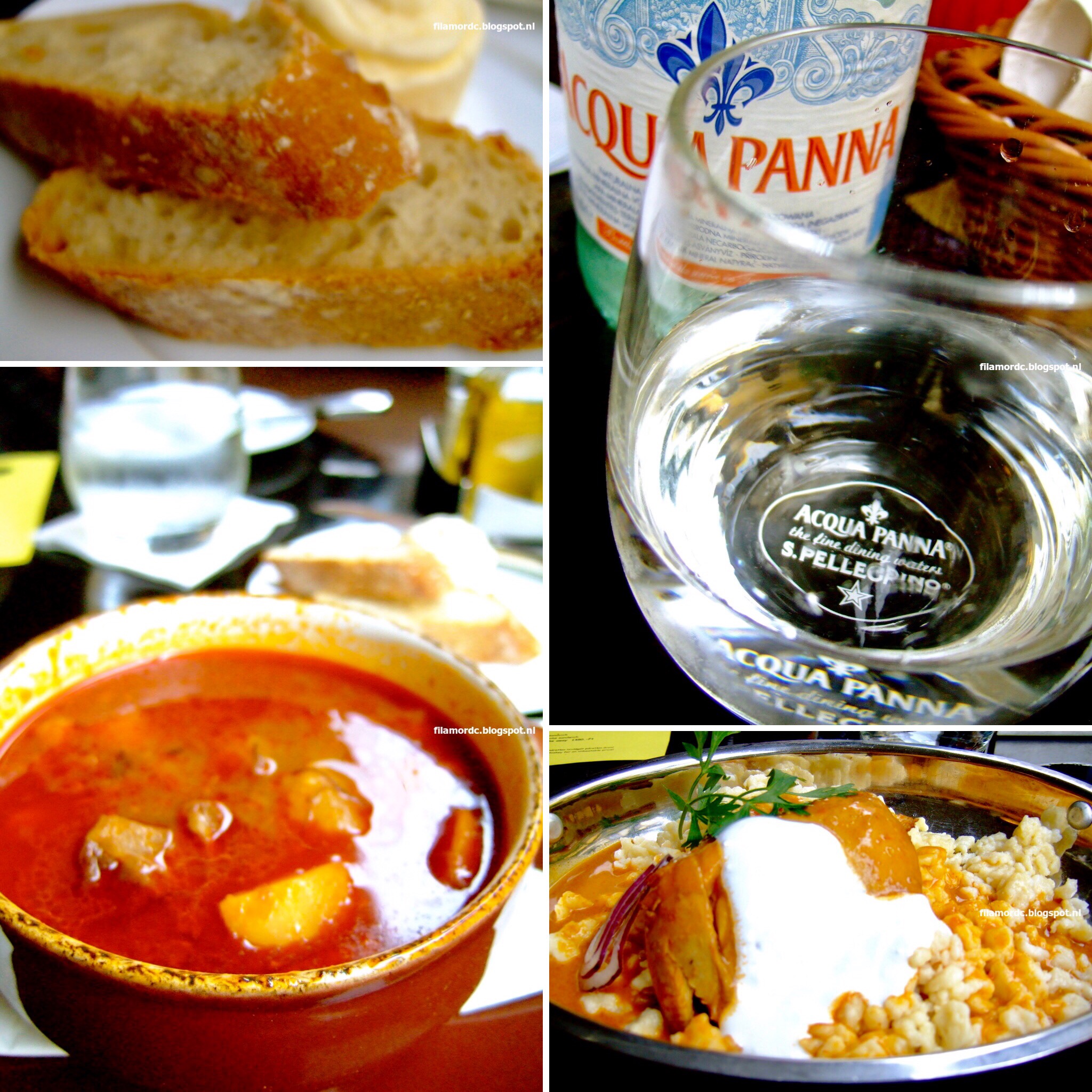 The verdict: I found the goulash rich and filling – with some good bread on the side it would have been a satisfying meal in itself. On the other hand, the chicken was melt in my mouth tender but overall wasn’t that memorable, and the butter dumplings it was laying on were simply tasteless. I’ll try to give it another taste while I’m here but if the ’boutique’ version is already this blah, I can’t imagine it would be better anywhere else, but we’ll see. The Hungarians certainly like their food orange though.