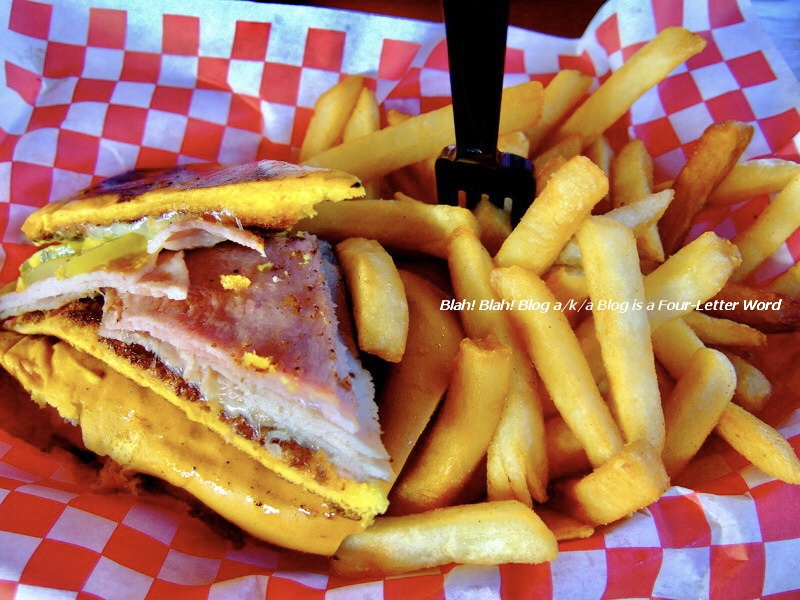 While still feeling paranoid in X-Files country, my partner insisted we stop in the middle of nowhere to grab something — anything — to eat. After driving the last hour on an empty highway past forgettable towns and nothing more than Subway stores, we just gave up.
Oh IHOP where art thou.
When we went in and were met by the waitress/bartender, there was no one else apart from a shady-looking man sitting  by an empty table. Looking like she was fresh out of women’s correctional, our waitress was also admittedly a bit intimidating. What have we gotten ourselves in? The place itself reminded me of Patrick Swayze’s Roadhouse that I half-expected a brawl to start any second. Once I checked the menu I started feeling a bit more at ease. As I looked around the place and settled in, I got a more exotic, Mexican border-town feel for the place. I learned later that the place was a truckstop popular with the biker crowd. Hmmm, we had better eat quick. 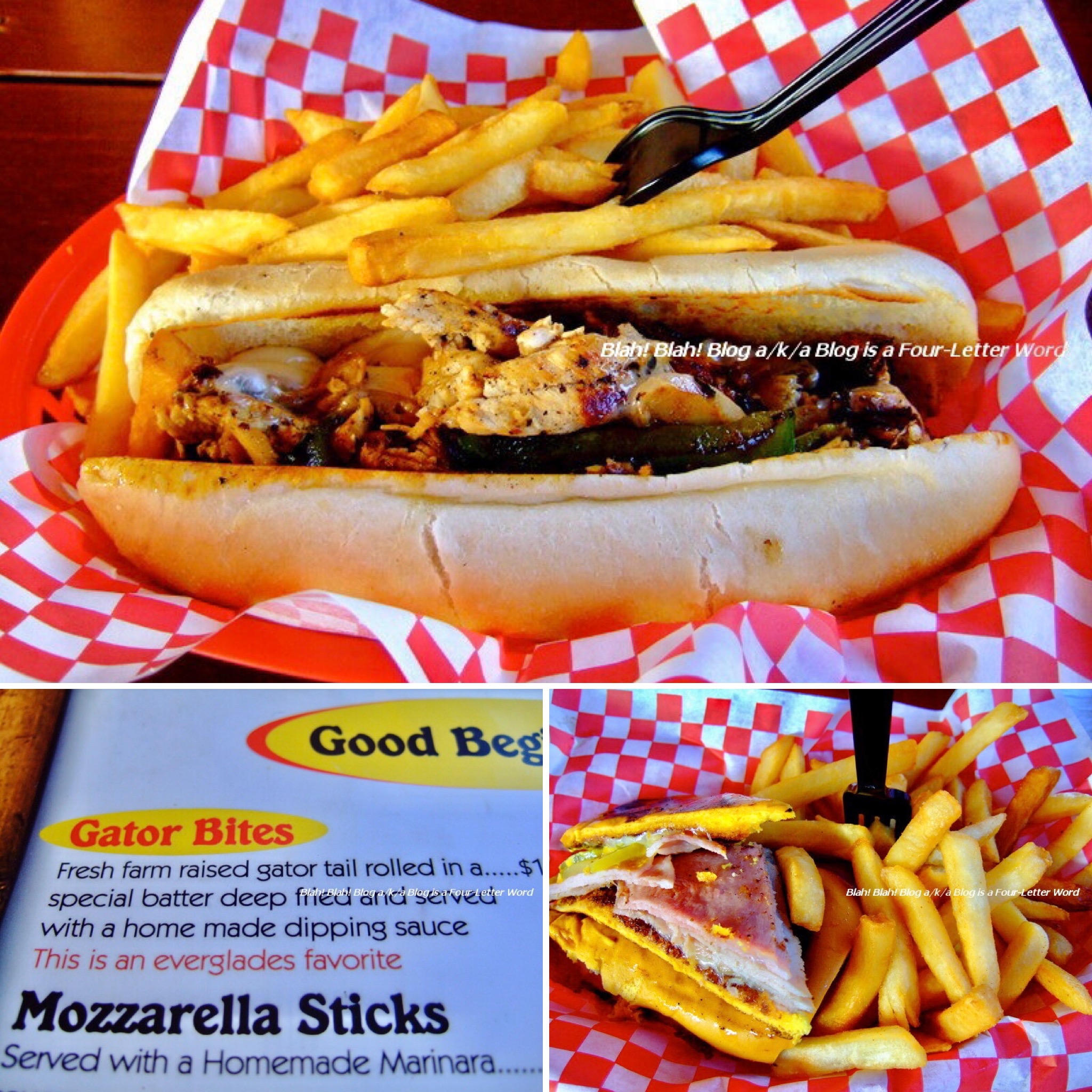 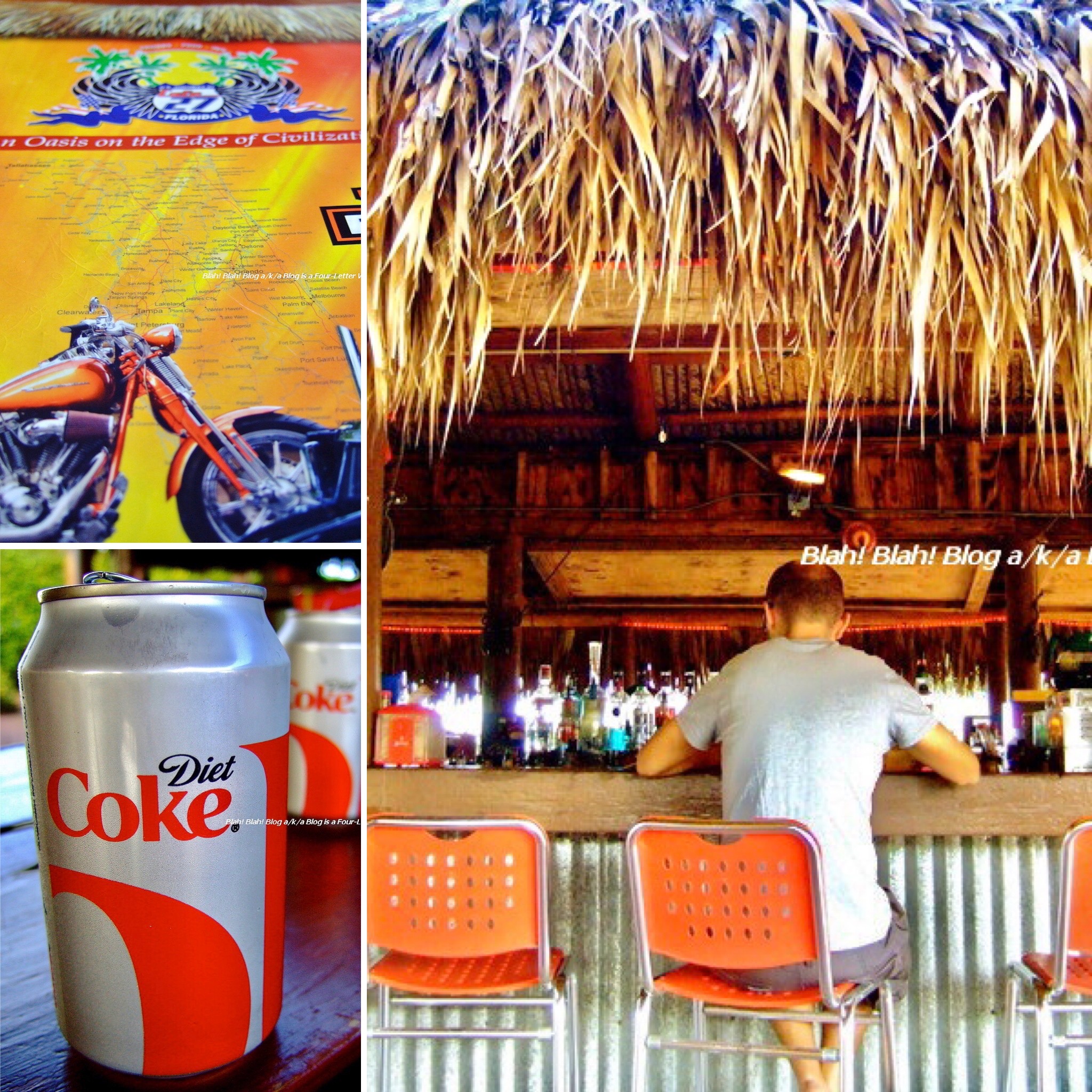 I ended up getting a Cuban sandwich called media noche made up of layers of ham and sliced pork in a semi-sweet hoagie roll. It tasted good and certainly filled the right places. Glad to say, all my lingering paranoia turned out to be unnecessary in this case. Sadly, I think I missed out on trying the Gator Bites – that would have been worth writing about!

Next, the beautiful Florida Keys…