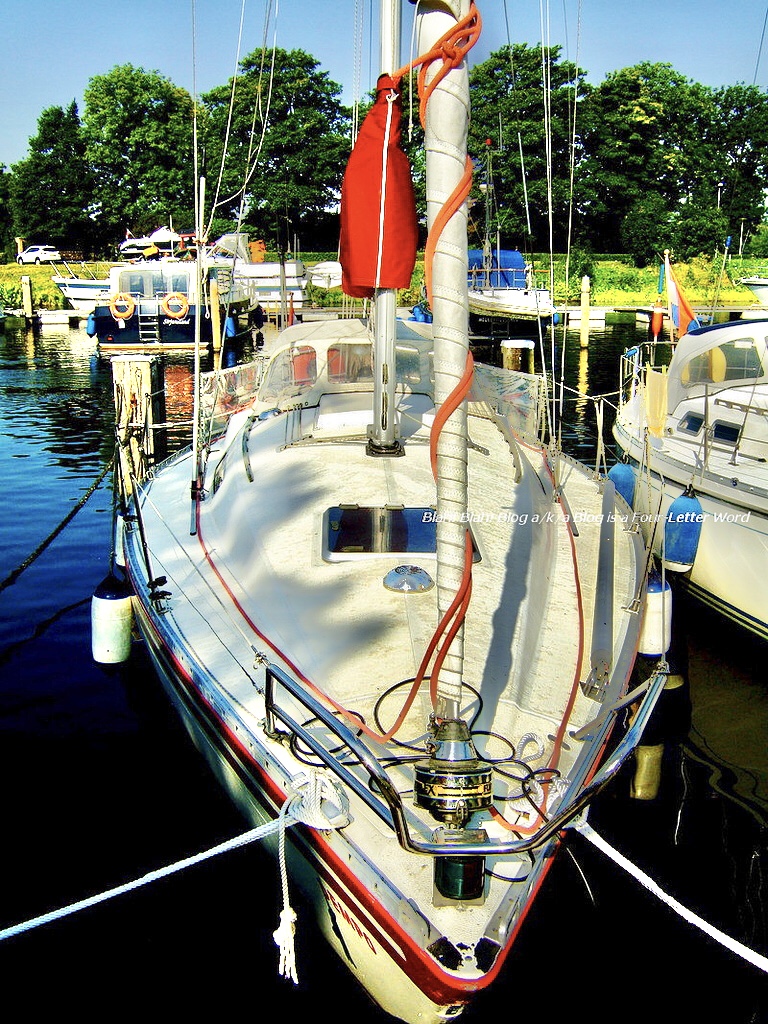 Thank god it turned out to be a beautiful day today. Given how erratic the weather is here it’s so hard to rely even on the daily forecasts.
We had planned since last month to pay my partner’s father, Jan, a visit and to see his boat. We finally got to do just that.
The boat was actually parked closer to Rotterdam so off we drove for an hour down south. In the tiny city of Hellevoetsluis, where my partner was born and spent most of his life, we went to the marina and saw all the many, beautiful boats. 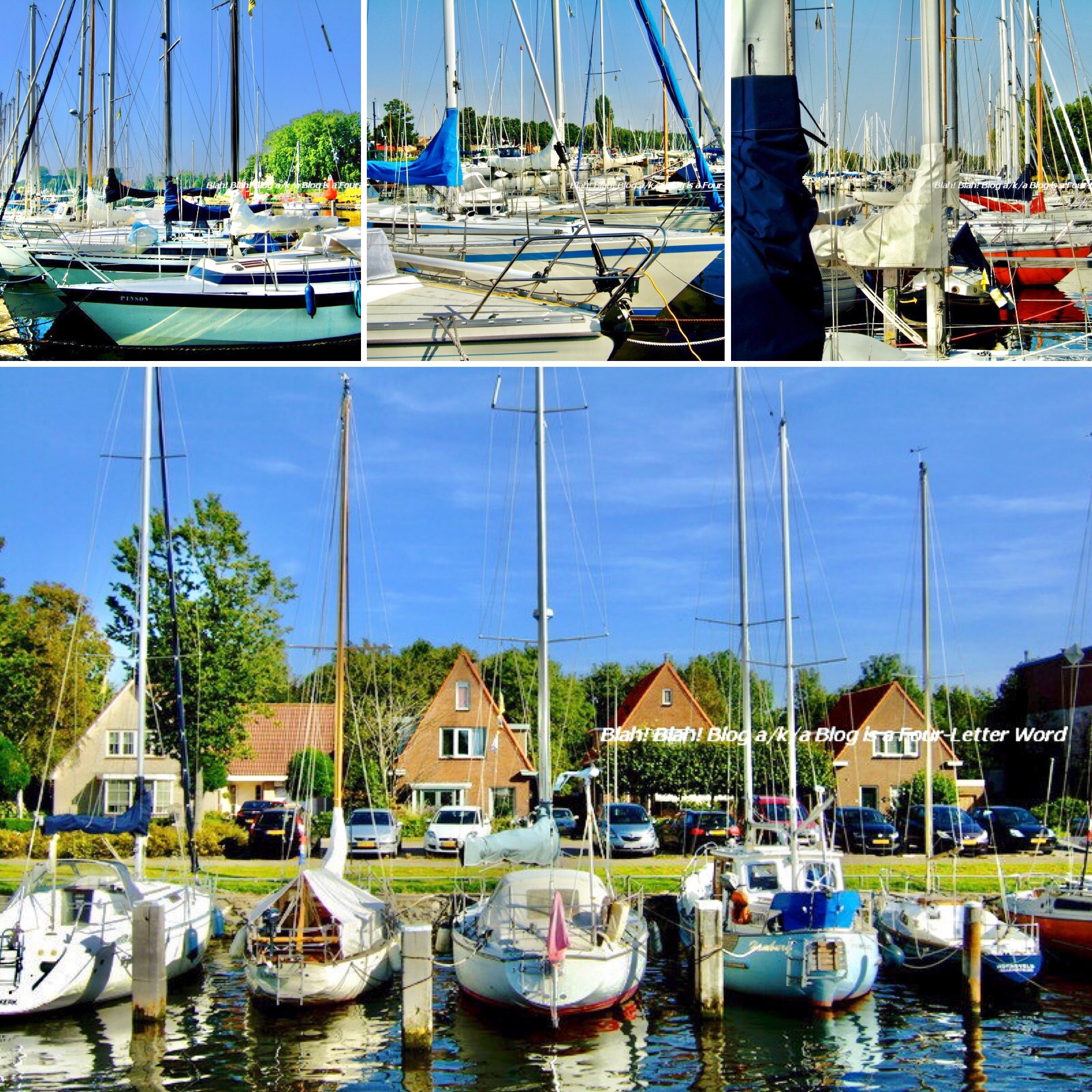 My first thought — there are a lot of rich people in this town.
We went looking for a boat called the Pembo which turned out to be the name of the troop freighter Jan’s father served in during World War II. The father happened to be Jewish, and it was sheer luck that he was at sea when the Nazis invaded the Netherlands (otherwise he would have been shipped to a concentration camp), although the freighter ended up being sunk by a torpedo from a U-boat. Talk about family history. 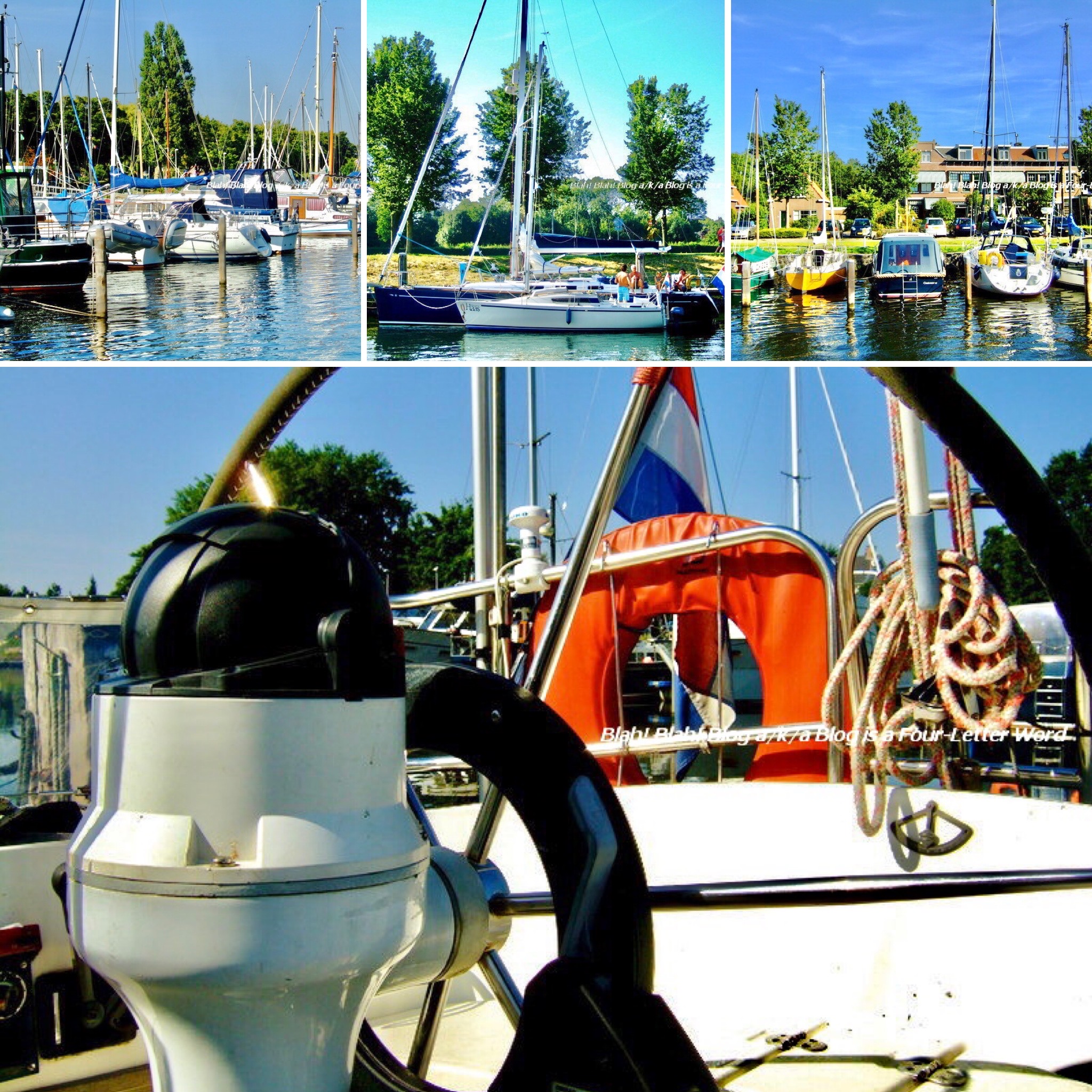 Boats aren’t cheap but the people here seem to really like them, so much so that a small city of 35,000 would appear to have a marina that’s many times larger that the one in Manila which has 10,000,000 people. Granted one is in a developed country and the other isn’t but both are parts of archipelagos and the glaring difference is unmissable.
As Jan bought his boat second hand, I asked why he renamed it since it was bad luck to do such a thing. Jan said he really wanted the name and just shrugged it off. I tried to think happy thoughts after hearing that.

We had to wait for the locks to open on schedule at ten past noon before setting off. Once we did, it was all about Celine Dion singing the Titanic theme song, or who was going to play Jack Sparrow in Pirates of the Caribbean which of course veered to who would be Ursula from The Little Mermaid. 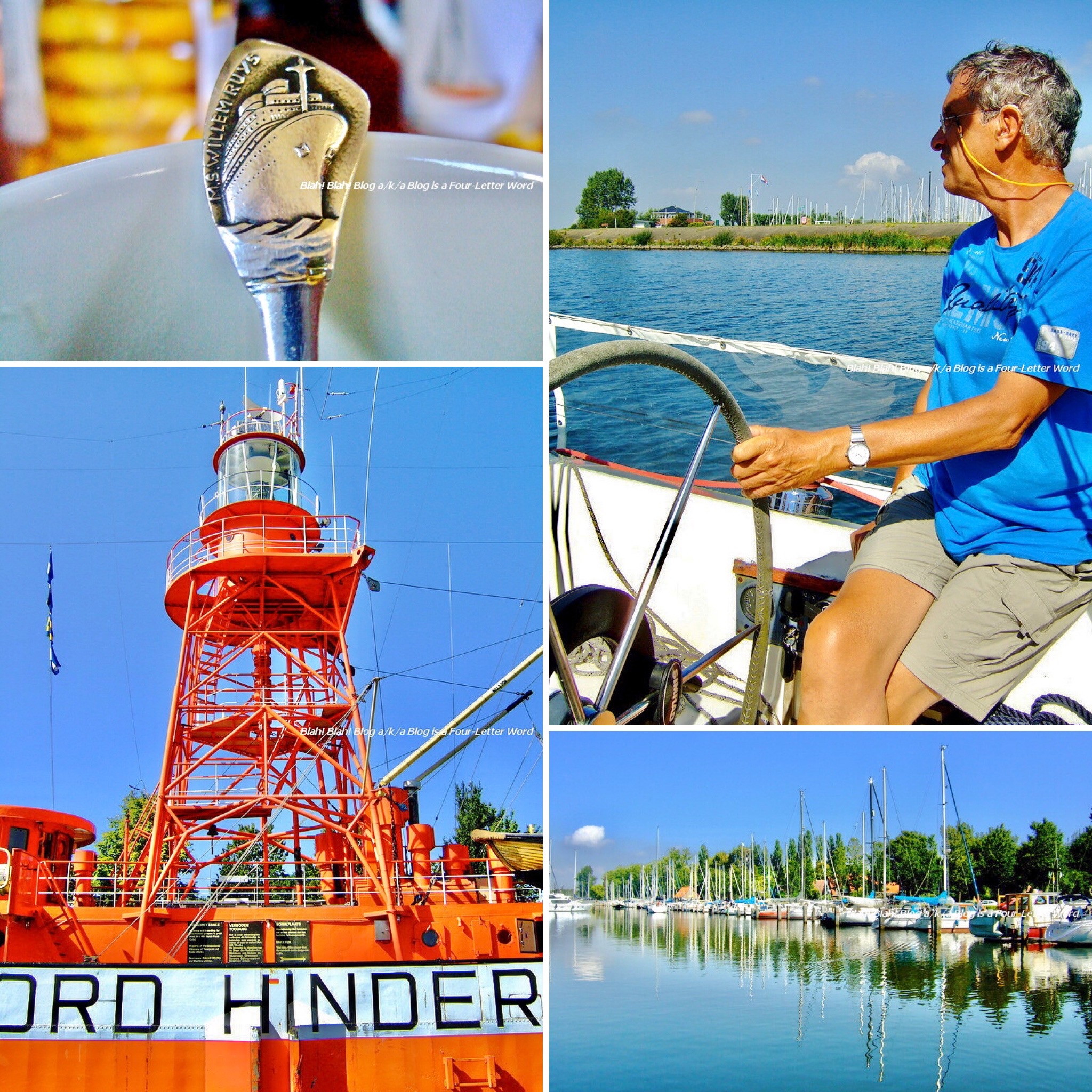 Except for the lack of wind, it was the perfect weather to go sailing — or motoring in our case. We motored over the Haringvliet which is split from the North Sea by a humongous mechanical dam. Here was yet another example of amazing water management. We tried to go as close to the dam as possible but there were barriers set up. From there we went to Stellendam for some fresh seafood lunch. Incidentally, Stellendam, a small town of about 3000+ has its own marina.The several hours we were in the water went by quickly. 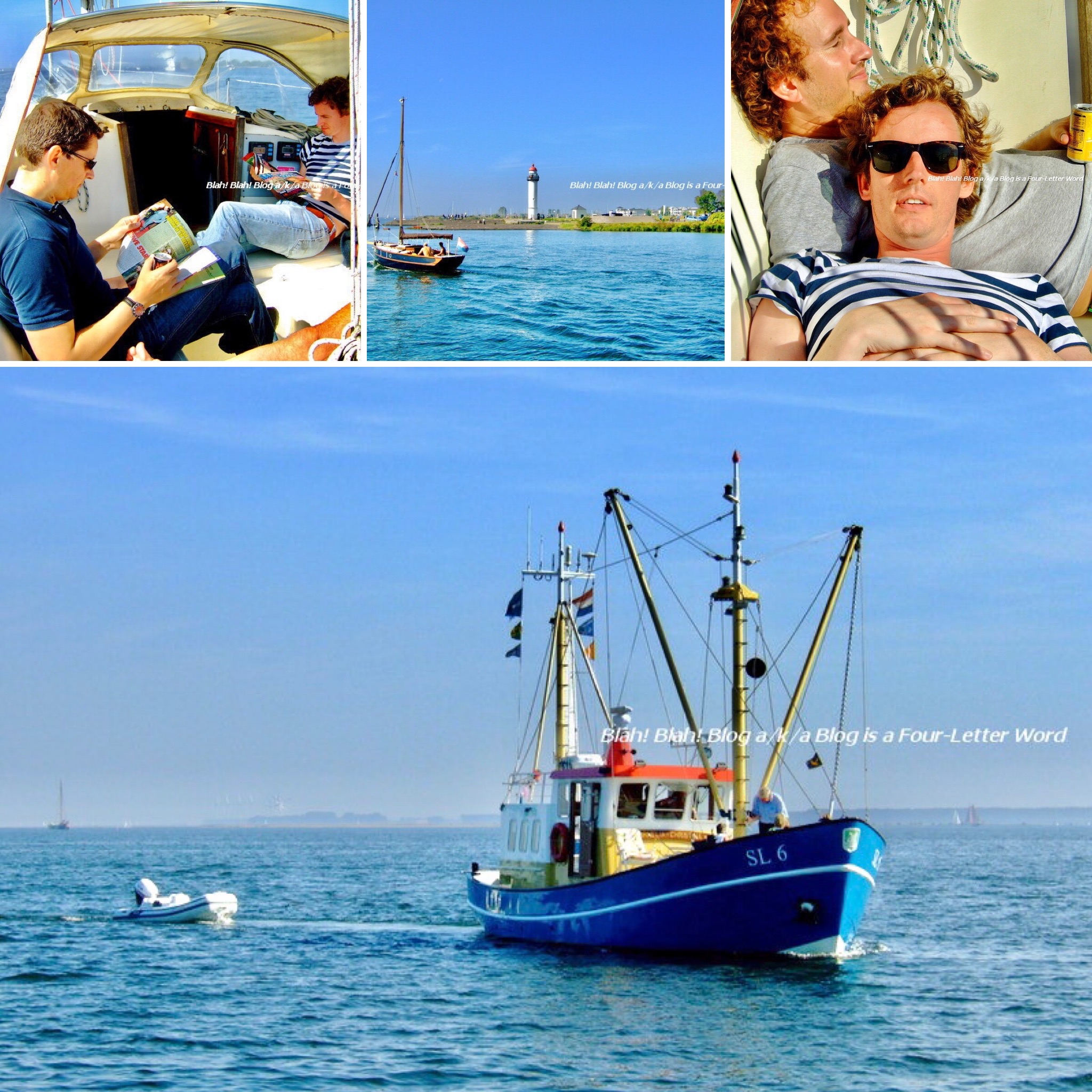 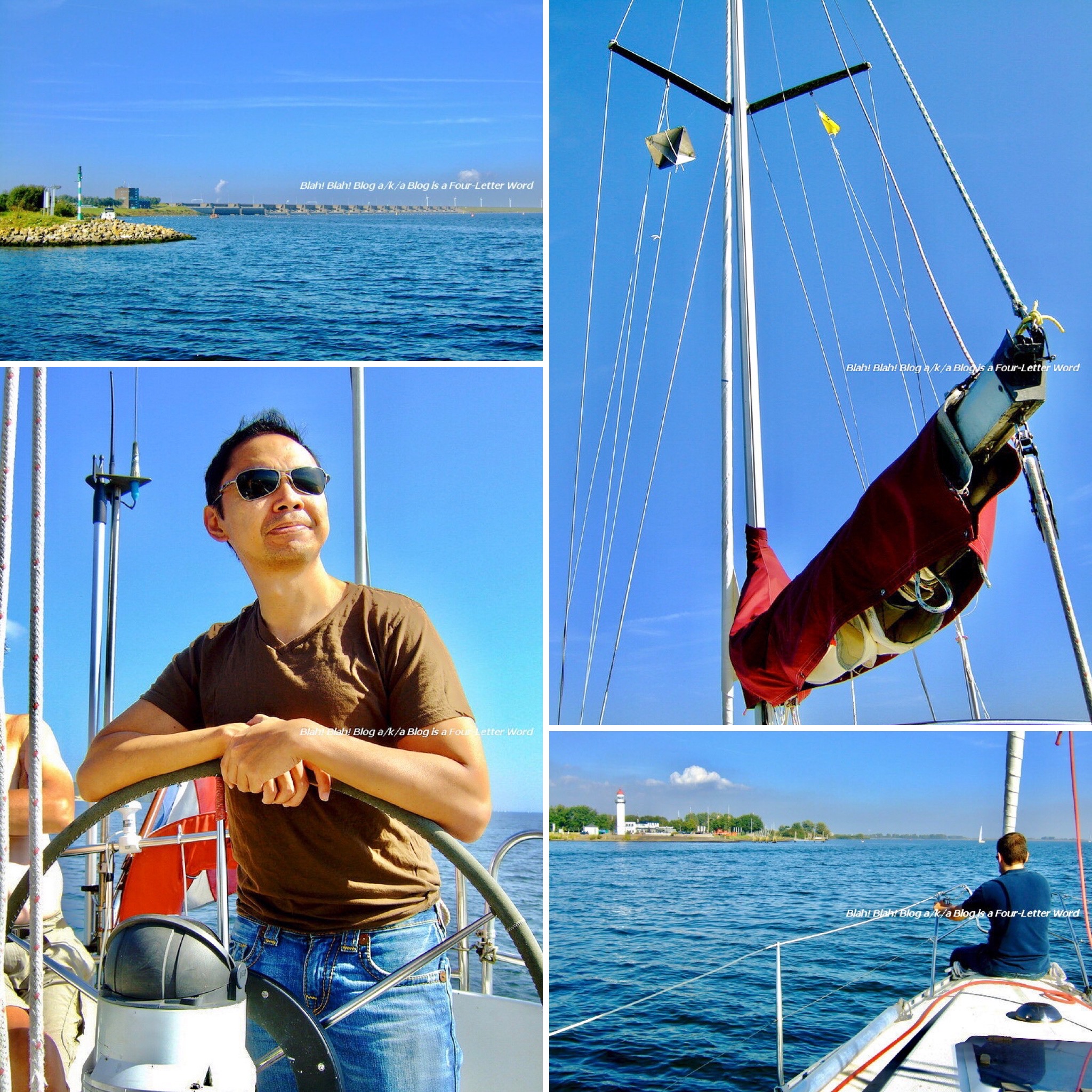 There are actually two locks to go through, in and out of the marina, with a holding area in between. The reason – the water level in the Haringvliet varies all the time, averaging over a meter higher than the marina’s which is always constant. Once our boat was through the first lock, we had to wait for the water to go down to the same level as the marina’s before the second lock would open. I thought this was all quite incredible. 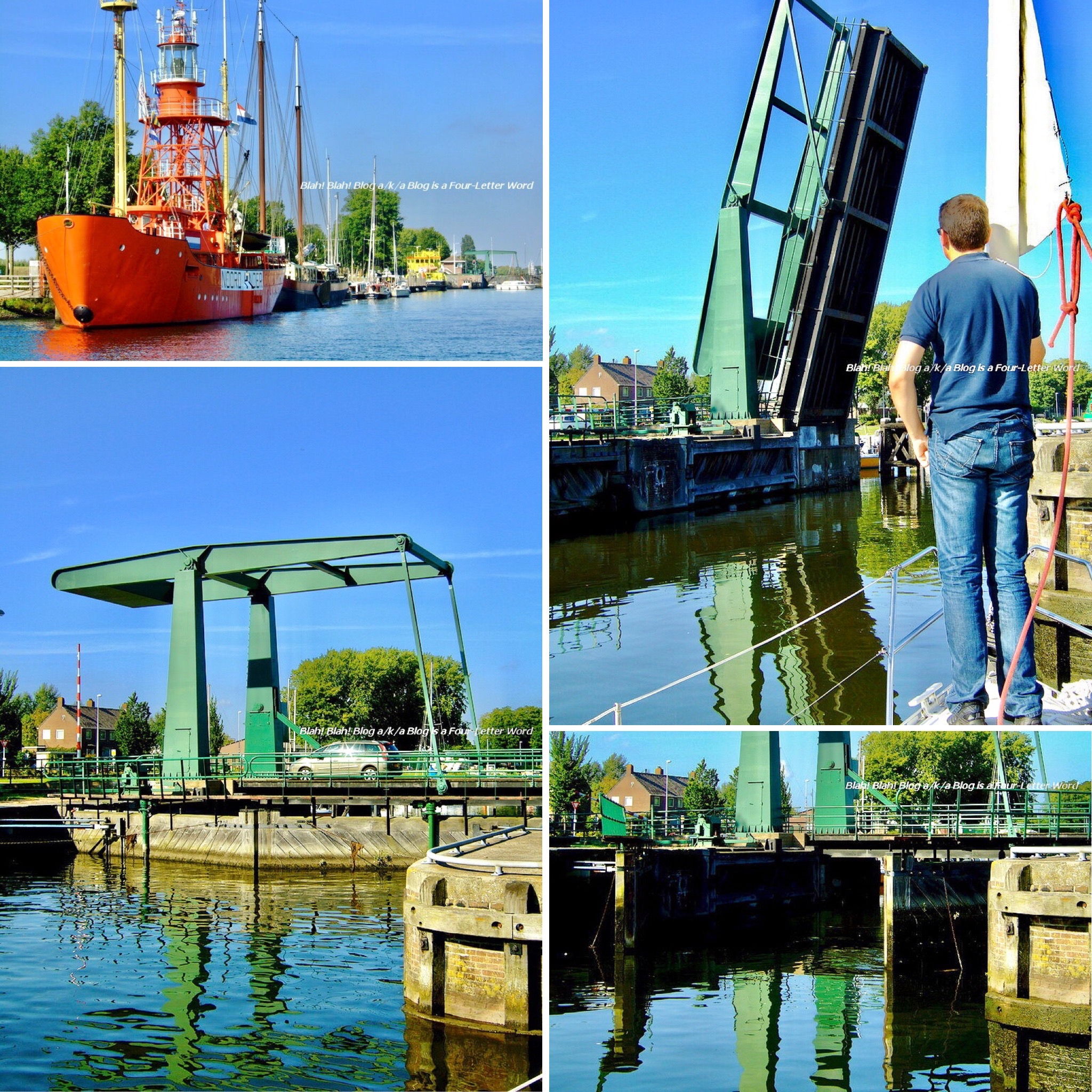 For someone like myself who’s never seen anything like it before moving over here, it’s mind-boggling to think that given the huge number of marinas in the country, it takes so much resource and manpower to keep these systems in working condition. For a country to maintain this standard of living would definitely take a lot of money — boatloads!