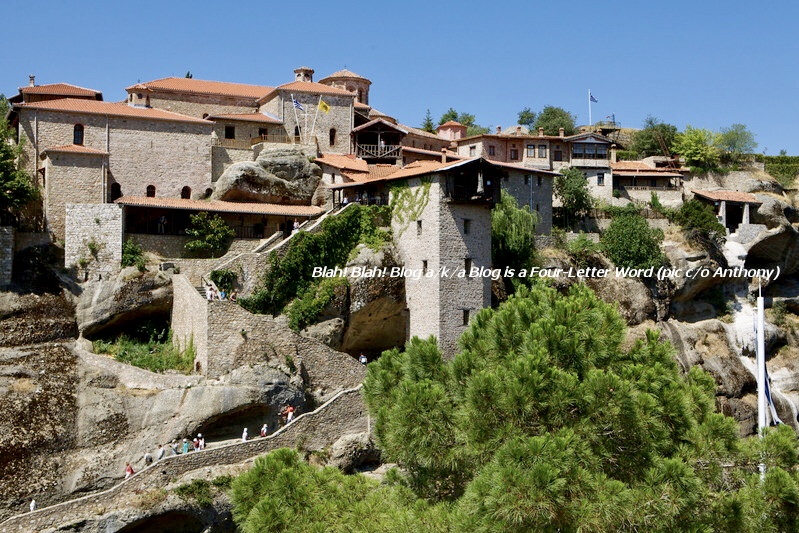 Having seen pictures of Meteora at different points in my life, they just seemed so far off the beaten track and so beyond any frame of reference, I could only dream of one day being able to see them in person.
Happily, that day is here.
We started off with the toughest one, the Monastery of the Holy Trinity. It’s famously known as the location for the James Bond film For Your Eyes Only. It takes 140 steps to get there – a true tourist repellant. Kept hearing Sheena Easton singing in my head the entire time going up. Thank god we started with this otherwise we’d be too disheartened later on to even try. 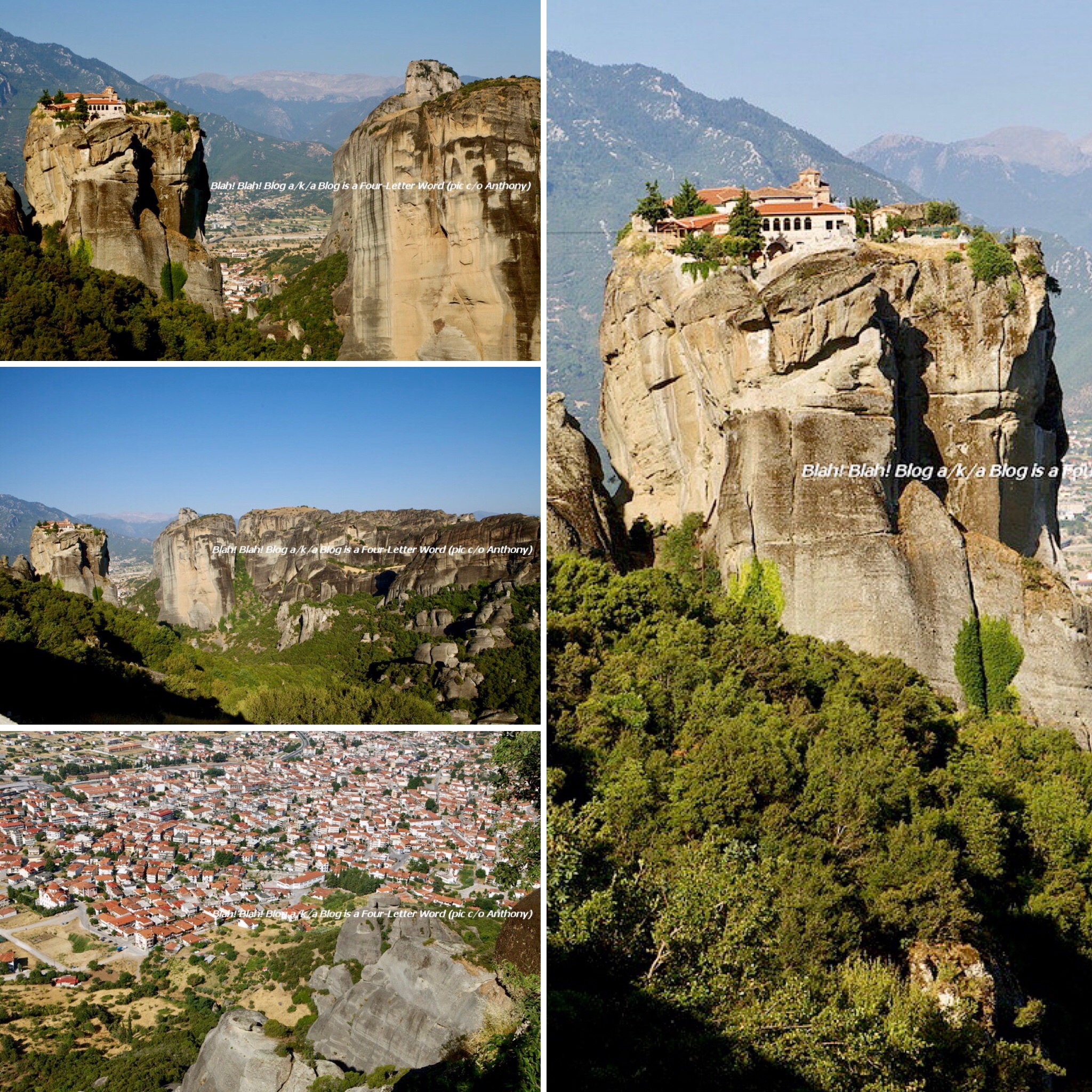 The rest of the monasteries we went to were those of Varlaam, St Nicholas, and St Stephen. 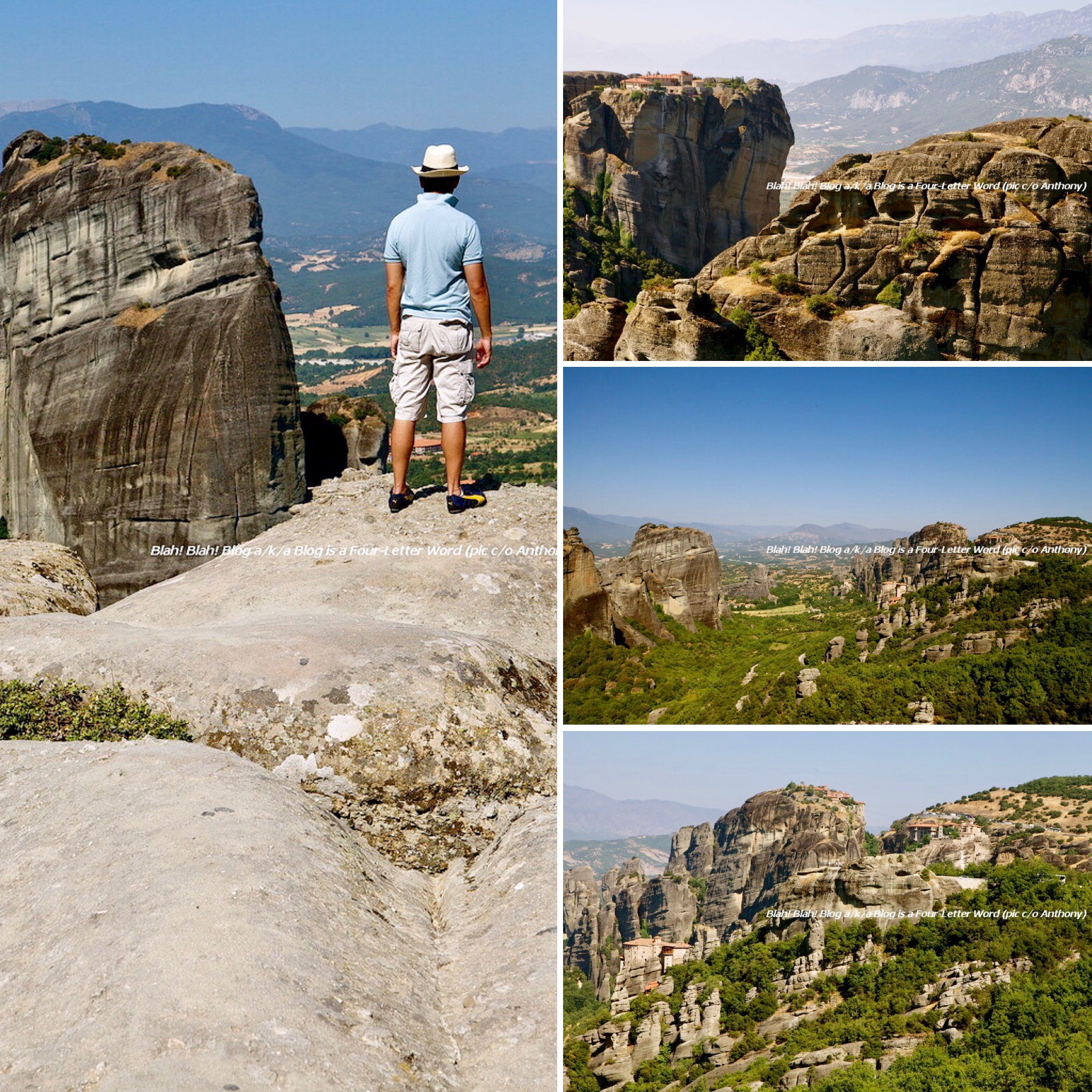 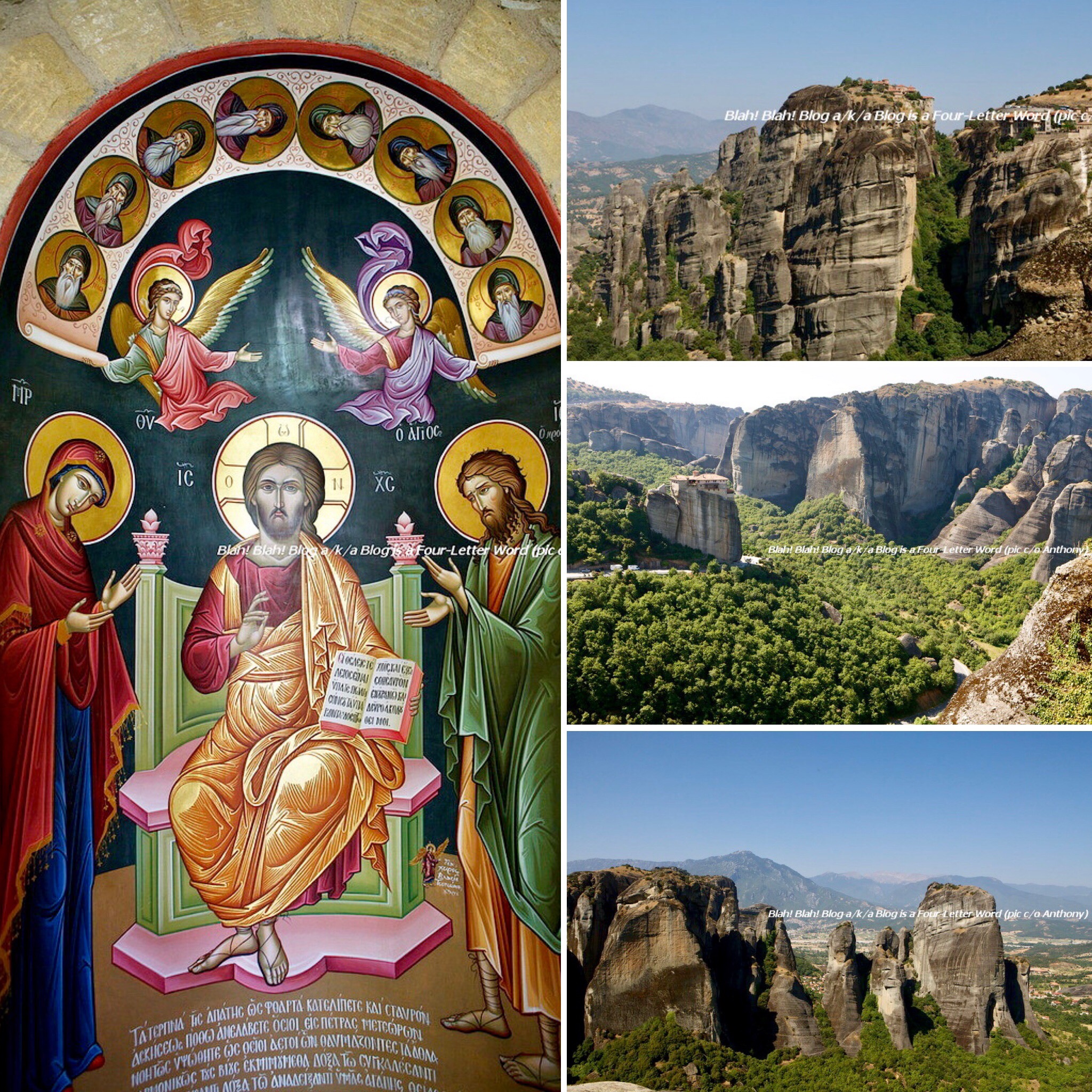 Over this entire day we climbed 4 (!!!!) monasteries in total. Incredible.
My legs and glutes will be reminding me about this for a while. Being under the sun for extended periods at a time, during certain points I was reminded of my traumatizing eight-week mandatory boot camp training in college, spent over a long, hot summer in an open-air Philippine military camp.
In as much as the monasteries pretty much had the same look and feel, I am glad I was able to climb all of them while I still could. And to do this in the peak of summer for me made it a double achievement.
I saw a lot of older tourists going about but I don’t think I would have the drive or capability by the time I get to that age (which isn’t that far off at this point).
The monasteries in Meteora are a once-in-a-lifetime experience, and I without a doubt feel blessed to have scaled every one.

Next up, the most opulent dinner on earth…