Our last dinner in Santorini turned out to be an interesting one.

Candouni (or Kandouni according to their web site) was another recommendation we got online. It’s set in an old converted house, serves fusion cuisine, and is apparently over 170 years old – whether that refers to the house or the restaurant (or both) I can’t be sure.

We walked in without a reservation and were leisurely led to a table in one of the rooms close to the kitchen. I noticed this one man dressed in a Greek sailor shirt coming and going past us to the kitchen window, at times arguing with whomever was inside (or maybe it was just his normal voice). Same thing with this one other woman. We correctly assumed they were the waitstaff, and for a busy restaurant with about 20 tables, they were the only 2 waiters. 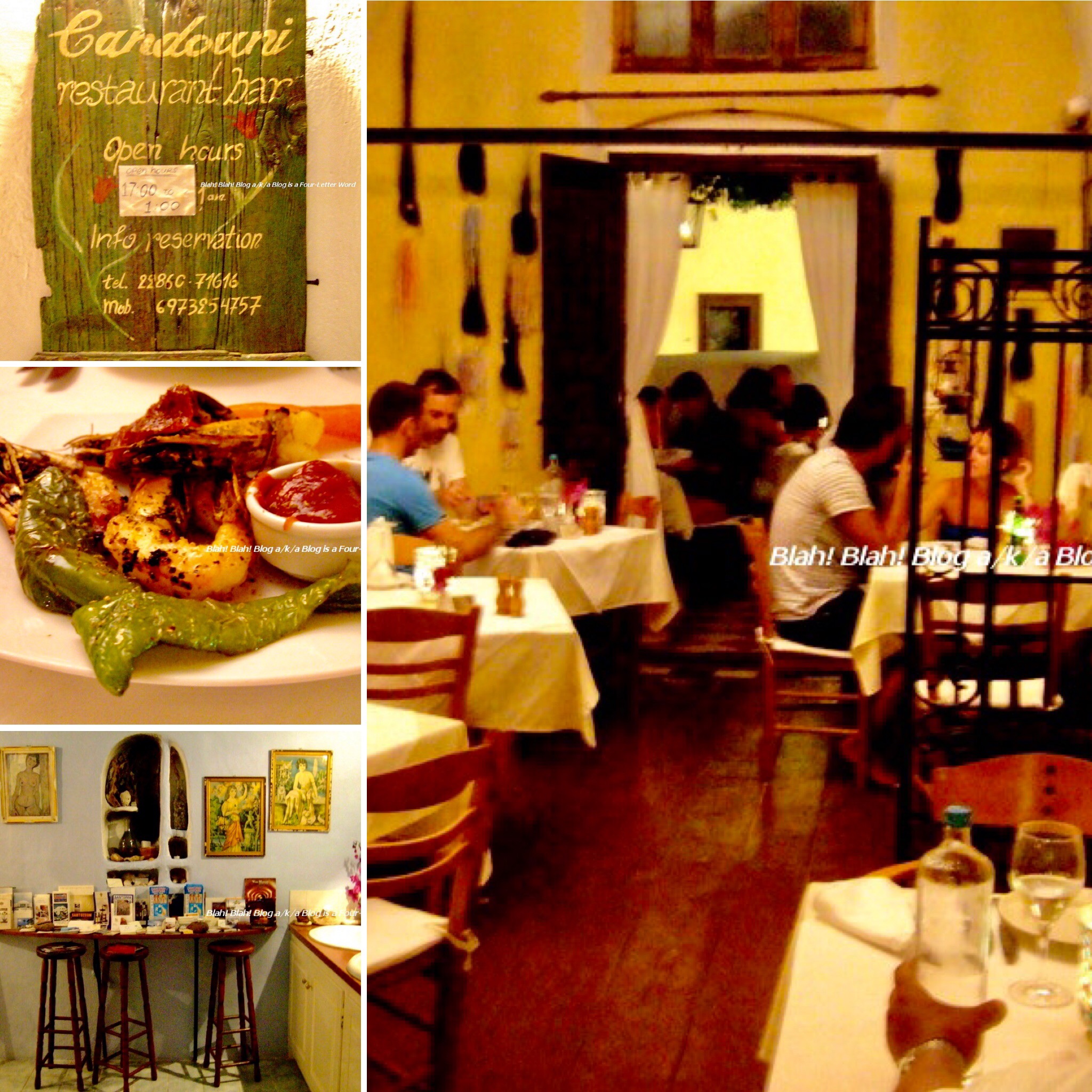 The cuisine being international, it wasn’t just Greek food on the menu. There was paella which we ended up ordering, different risottos, and for dessert, souffle and pannacotta (my current favorite). 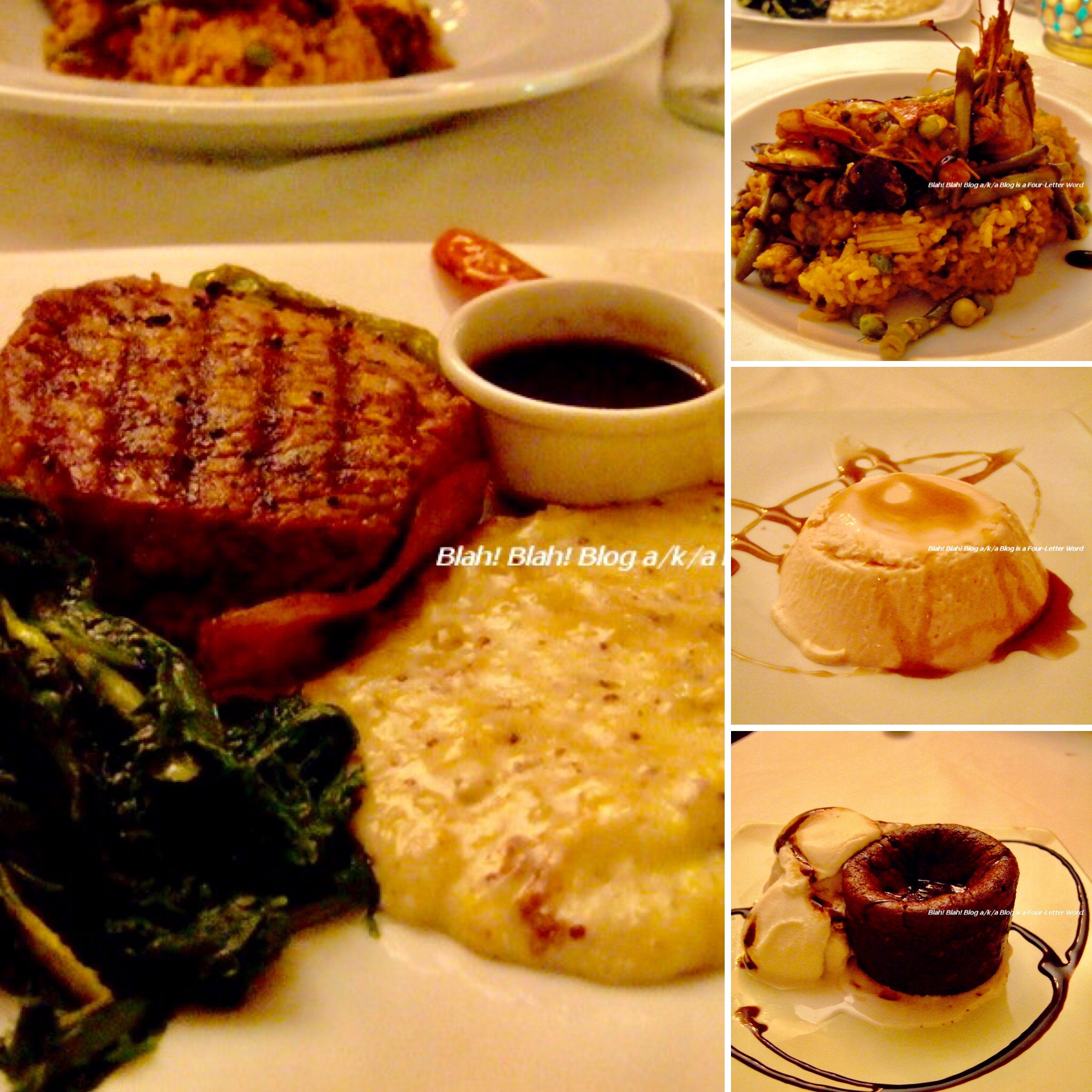 The entire night, the waitstaff was racing around from table to table, to and from the kitchen, to and from the cash register. I would’ve felt really bad for them if they weren’t in unbelievably good spirits. The food itself could have looked better but they tasted quite good nonetheless. When I finally was able to comment to one of the waiters about their running around, he gamely said that it was like that every night! And amazingly the staff were even smiling and doing small talk with guests. Now that’s dedication.

Next, to Athens we will go…