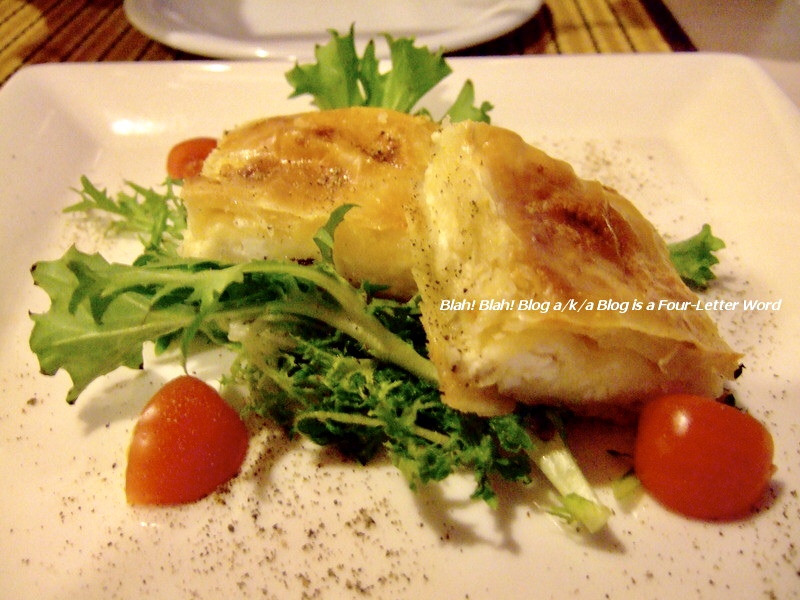 The first and last meals we had on Mykonos were in our hotel’s restaurant, Karavaki. As we arrived on our first night, out of sheer exhaustion from traveling, we decided to eat in. Not expecting much seems to be the key to appreciating a good meal. One of us ordered the steak, and another one ordered the linguini with king crab legs. When our orders came, they were huge. Just the plates they were served on covered my whole place setting. The steak was tender and excellent. The linguini really did come with king crab — still in its shell, with the spiky legs jutting out of the pasta! I asked the Greek server how one eats this and he jokingly replied ‘hardly’ (sic).

Anyway, it was onward christian soldier, and I attempted to eat the gigantic meal in front of me. With the use of a crab opener, I was able to crack open the shell to retrieve the precious meat. In all fairness, the pasta was delicious and could have stood on its own. The crab meat was likewise and despite the difficulty, minor injury from the spikes, and having to get my hands dirty, I enjoyed it. Working hard for your food certainly does make it taste better. I cheekily suggested to the waitress that if anyone else ordered it, they should be forewarned about the shell thing. She laughed, in agreement I hope.

Over the course of 3 nights, we tried different things on the menu and were given different complimentary appetizers and desserts. All of it was delicious. And Nida, one of the friendliest waitresses you could ever meet, was just icing on the cake.
Thanks, Karavaki, and thanks, Nida! Hope we cross forks again soon.