The notion that the mother of Jesus Christ’s last days on Earth were in Ephesus was deduced from the argument that John, one of the apostles, spent time there with godly instructions to take care of Mary after her son’s passing. That as well as supposed visions from a Roman catholic nun recently beatified. Consequently, the stone structure known as the House of the Virgin Mary is considered her last known address, and seeing it meant a drive along a winding, narrow road up Mount Koressos. In short time, we arrive at the site and given some simple instructions on what to expect. 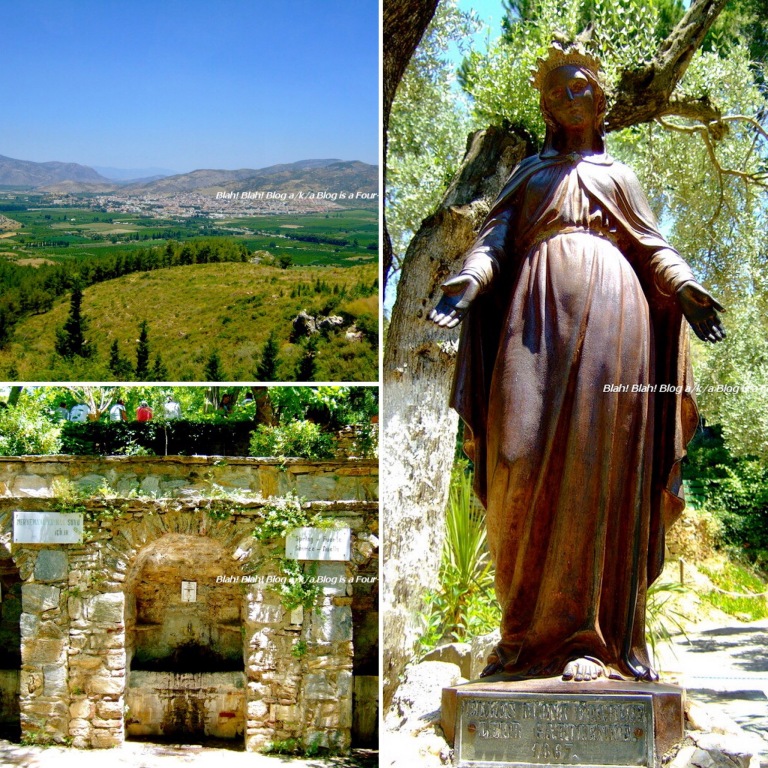 Evidently, there are three drinking fountains under three stone arches nearby that provide ‘miraculous healing powers’. The leftmost fountain heals health problems, the middle, wealth problems, and the rightmost, love problems. Why one fountain couldn’t cover all ails is a mystery — I tried it anyway. The stone house itself has been restored and is converted to a chapel. Expectedly the site is popular with pilgrims and has been visited by different heads of the catholic church.

Unfortunately, photography was not allowed inside the house/chapel. I knelt down, said a solemn prayer, and hoped for the best. With the peak of summer, having visited the ancient city of Ephesus under a fierce sun earlier, it was time to take a tea break at the area cafe nearby. Never thought of myself as a tea person but have found myself loving Turkish tea.

Next, a date with Artemis…